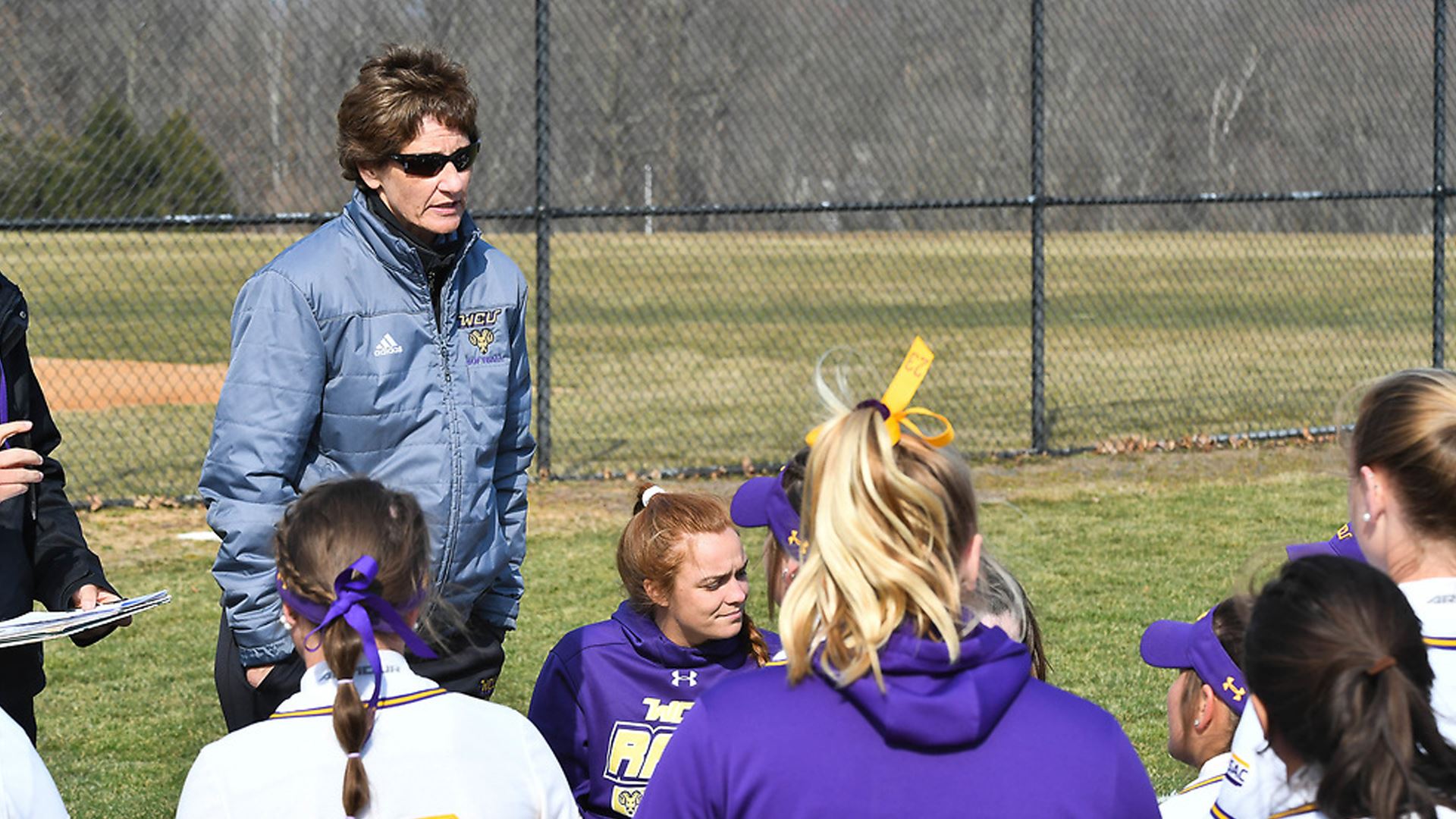 Starting off in the game, the Golden Rams were going in desperate for a pair of wins against Pace University.  Led by senior catcher/ first baseman, McCollester (West Chester, Pa./Henderson), West Chester was able to secure both wins in the doubleheader against Pace by winning the first game 10-8 and the second game 6-5. Through both games, McCollester homered three times, bringing her team-leading season total to five  and tying her total from last season.

“I was seeing the ball really well today.  I did not end very well in Florida, so coming back I knew I just wanted to pick myself back up.  I think we did very well as a team, we all hit well and the home runs were just a cherry on top of the cake.”

McCollester led the team on Monday with six hits and seven RBIs (22 on the season).  Coach Diane Lokey was happy with the wins on Monday and was very proud of her senior catcher.

“I do not think I have ever coached a doubleheader where anyone has hit three homeruns in a day; it was exciting.  Heidi, being a senior leader on the team, needs to continue hitting the ball hard in order for us to be successful.”

Going into Wednesday’s doubleheader, head coach Diane Lokey was in need of only one win to eclipse the 500-win plateau at West Chester.  The Golden Rams instead captured a pair of wins defeating Chestnut Hill College (6-10) by a final score of 7-2 in game one and 7-1 in game two.

‘It’s a great accomplishment that I never thought about when I began my career.  It has always been about teaching the game I love.’

“It’s a great accomplishment that I never thought about when I began my career.  It has always been about teaching the game I love.  There have been many incredible athletes and coaches along my side that have made this possible. It is not about my accomplishment, it is about WCU softball and what all these amazing people have accomplished.”

With now over 500 wins as the head coach at West Chester University, and 550 wins overall at the collegiate level,  Lokey will look to add on to a historic career.  She looked to players such as Heidi McCollester to help lead West Chester for the rest of the season.

After a rocky start, the Golden Rams were looking to build some momentum off of their recent wins.  With their next two games being here at home, West Chester looked to keep their undefeated home streak alive while they continue to climb the standings.

Ferris Berlin is a graduate with a degree in finance and economics with a minor in journalism. FB845767@wcupa.edu