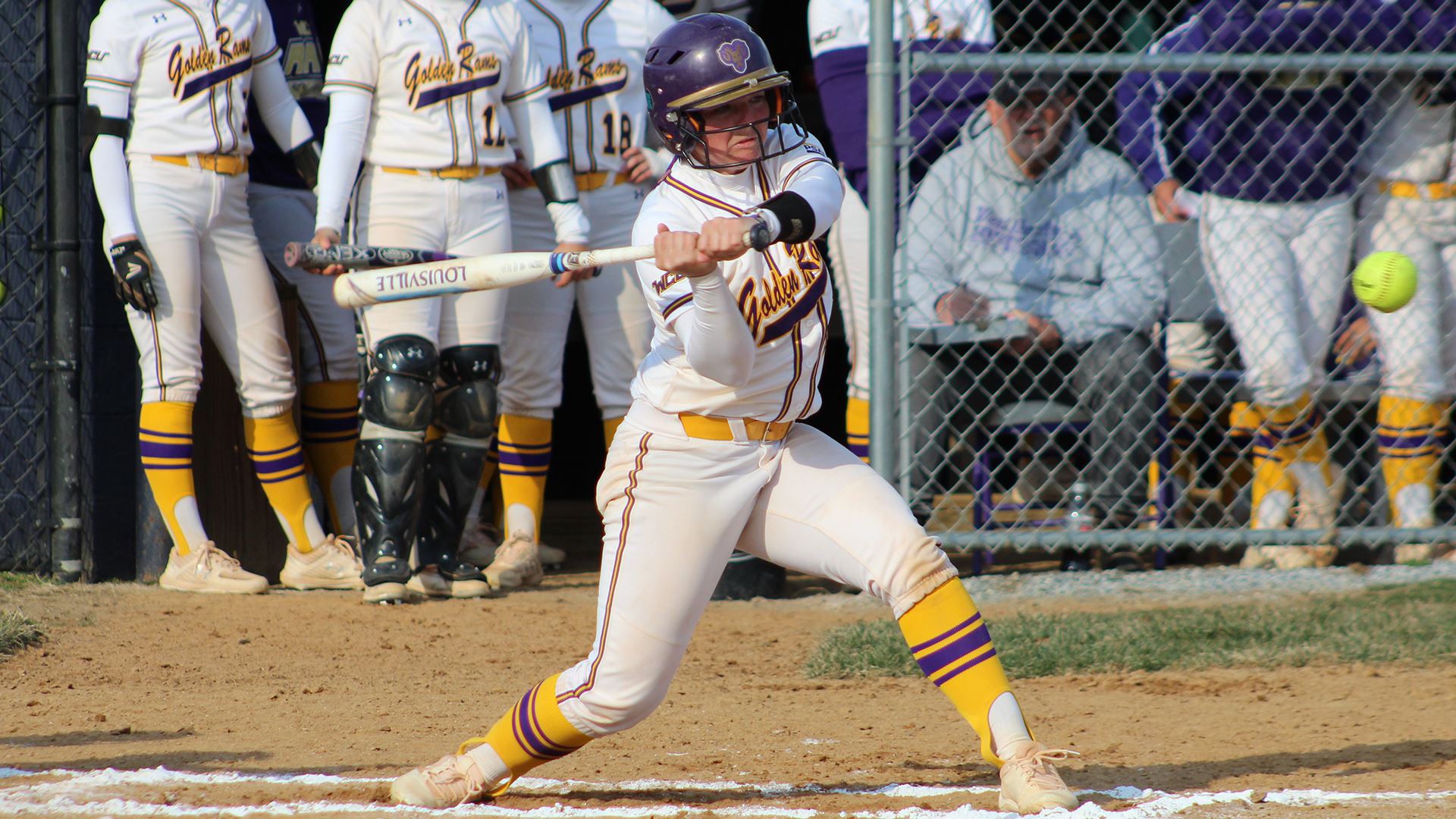 During the spring semester, Golden Rams’ second baseman Bri Garber (Willow Street, Pa./Lampeter Strasburg) registered her 200 career hit, becoming the seventh Golden Ram to do so.  Behind the second baseman’s bat, the Golden Rams (26-15, 7-3 PSAC) ended the week on a good note by winning the second game of their doubleheader against PSAC East rival Kutztown University (27-14, 6-4 PSAC).  With the win, the Golden Rams have positioned themselves in first place among the PSAC East standings, holding a one game lead over Kutztown.

Needing just one hit to join the illustrious 200 hit club, Bri Garber added yet another milestone to her impressive resume on Saturday, April 13.  Garber has been nothing short of spectacular since joining the Golden Rams as a freshman three years ago when she was named PSAC East Freshman of the Year.

“Bri has always been a good hitter for us,” said Coach Diane Lokey, “but she also brings great defense and leadership to the team. She is a hard worker and an all-around team player.”

The season prior to spring semester, Garber appeared and started in all 60 games, leading the PSAC in six offensive categories (BA, AB, R, H, BB, OB percent).  Garber’s PSAC-best 59 runs ranked 12 in NCAA Division II, her PSAC-best .436 batting average ranked 31 in all of Division II and her 85 hits set the school’s single-season record.

“I am really happy and excited to now be part of that group, but more importantly, we won our season series against Kutztown (the Golden Rams finished 3-1 vs Kutztown this season),” said Garber. “We had a great team win in our second game after we cleaned up a couple things from game one. Honestly, that’s what I am most excited about.”

Garber and the Golden Rams hoped to keep that same energy the rest of the season.  The Golden Rams went 4-2 the week of April 8, 2019 and coul not afford a slip-up with three of their next four opponents being conference matchups. Sunday, April 7 the Golden Rams split a doubleheader against conference opponent East Stroudsburg (21-19, 4-6 PSAC). West Chester dropped game one 9-4 before coming back to win game two by a final of 3-1.

Friday, April 12, the Golden Rams swept Millersville University (20-25, 3-7 PSAC) as they rolled to a 6-0 game one victory before using a 10-run seventh inning to earn the game two victory by a final score of 13-3.  And, of course, Saturday, April 13, the Golden Rams split their doubleheader with Kutztown as West Chester dropped game one 9-5 before rebounding to capture the second game 2-0.

Ferris Berlin is a graduate with a degree in finance and economics with a minor in journalism. FB845767@wcupa.edu