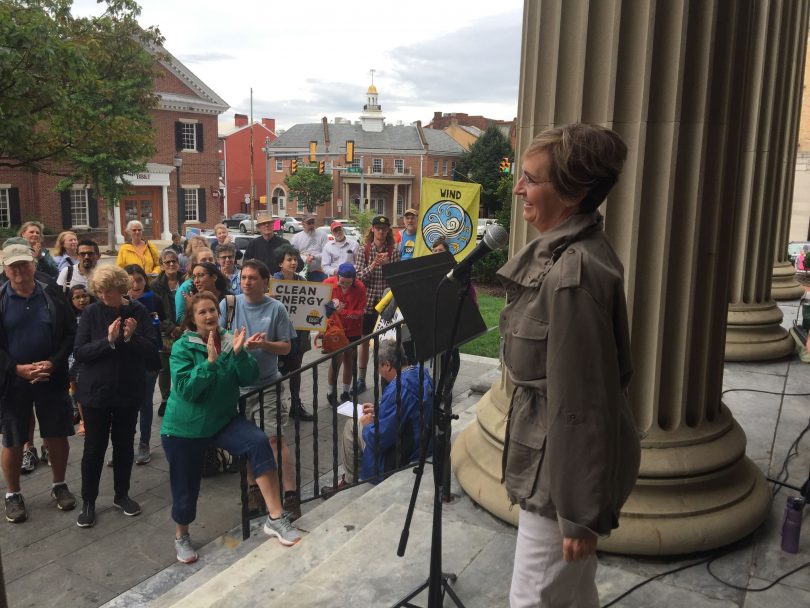 Fiorentino emphasized that improved communication could help with the upset feelings caused by university decisions, specifically expansion which he clarified was “off the tax rolls,” just as the hospital and numerous churches in the borough are also not taxable. He stated that he understands this “puts a strain on the residents.”

“We are sensitive to not doing that anymore,” Fiorentino continued. “We are not expanding anymore in the borough or purchasing more property that is going to negatively impact the tax base of the borough.”

Fiorentino also commented that, despite this, university expansion is still essential to the growing life of the campus. Unlike most other PASSHE system schools, West Chester University remains “not in trouble” because of its sustained and growing enrollment.

Fiorentino plans to sustain ongoing communication with the residents and the borough to facilitate better expansion options for the university that will be beneficial across the board.

Mayor Herrin spoke following Fiorentino. She noted the “wealth of opportunities” that she came across when she was elected as mayor of West Chester on Jan. 2; specifically noting the Community Mental Health Clinic, the Christmas concerts at the university and the opportunities the campus provides for the 23 homeless students on campus.

However, she spoke at length of student behavior and the resident complaints of student presence in the borough.

Mayor Herrin noted efforts from borough members in West Goshen to disallow off-campus student housing in West Goshen. Under a new zoning plan laid out by borough members, the university would have to submit enrollment numbers, traffic counts and housing needs before being allowed to expand further into the community.

“This is a really great communications tool that [the university] needs to share information more readily and help the university plan for its growth in a way that minimizes impacts to the community, and [the zoning plan] will be able to do that.”

Mayor Herrin also spoke of the possibility of closing Church St. between Rosedale and Sharpless St. to make it a “greenway.” She also plans to implement trash enforcement officers to residents who leave trash on their lawns.

Listed as a “quality of life initiative,” the borough is also planning an “unruly social gathering law” which would list “a number of offenses” under one law. This would include sitting on rooftops and noisy public gatherings which would implement high fines for numerous offenses.

Other planned actions in the borough include an increase of cameras to better identify unruly or illegal behavior.

Dr. Sarah Hinkle, the Vice President of Administrative Services at West Chester University, spoke as the cochair of the Community Campus Coalition (CCC). The CCC is cochaired by Mayor Herrin. According to Dr. Hinkle, the CCC exists to “promote and improve the health, safety and quality of life for our community by reducing negative alcohol-related incidents.”

‘The CCC exists to help the community look out for one another, specifically looking to help students identify signs of alcohol poisoning and promoting the safety of students.’

Some of the projects of the CCC include training programs for establishments that hold alcohol licenses to “safely and legally” service alcohol, which includes knowing how to identify fake IDs. The CCC also worked to promote Homecoming safety by including more public safety officers and emergency medical service providers during the homecoming celebration on campus. The CCC also works towards “accessible harm reduction” by writing the “Stall Seat Journals” many students can see on the doors of public bathroom stalls which emphasize safe alcohol consumption tips, mental health advice and other student-centered information.

Overall, Dr. Hinkle emphasized that the CCC exists to help the community look out for one another, specifically looking to help students identify signs of alcohol poisoning and promoting the safety of students.

Near the end of the meeting, several residents at the meeting expressed dissatisfaction with the way WCU student behaviors are handled in the community, with several citing examples such as having their cars destroyed or urinating in the driveways of their homes. Jim Sargent, a local lawyer in the borough, claimed that West Chester is “not a college town, but a county town.” Dr. Erin Travis, a professor of communications and public speaking at West Chester University, claimed that noise caused by students, which was addressed specifically by Mayor Herrin previously in the meeting, does not cause for significant problems – intrusive behaviors are, such as when a student urinated in her driveway.

For questions, students and West Chester residents can contact Mayor Dianne Herrin on her website at https://www.mayordianneherrin.com/. For more information on the Community Campus Coalition, contact Dr. Sarah Hinkle at SHinkle@wcupa.edu.

Sam Walsh is a third-year student majoring in special education and English. SW850037@wcupa.edu