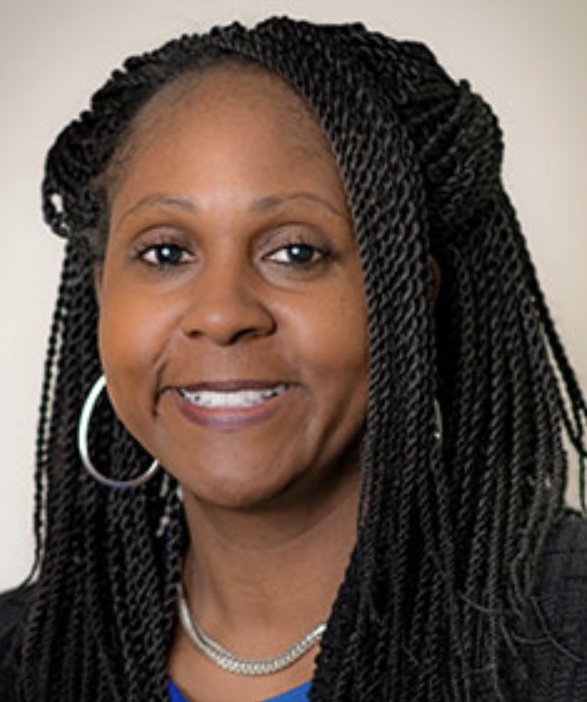 It took many hands to help bring “A Voice at the Table” to West Chester University’s campus. Without the help of Dr. Tracey Ray, the chief of Diversity and Inclusion here at WCU, it wouldn’t have the platform it has today. I had the wonderful chance to get to know her and the background she grew up in to get her to where she is today. Tracey Ray grew up in Charlotte, North Carolina in the 1970s. Ray was always different as a child. “I was really shy and quiet as a kid. So quiet that teachers thought I had disabilities that kept me from talking, so they sent me to a speech therapist when I was 5-6 years old, not knowing that I knew how to talk. I was just timid…but a few weeks later I tested gifted in academics.” For the rest of her academic career, Ray was “bussed” across town to schools in white neighborhoods to receive a higher education. “I was in classes with peers that looked different and had different lives than me, basically more privileges. I would wake up every day before the sun came up while the other students who still lived across the street from school were still sleeping just to receive a better education and opportunity for myself.” Her hard work and dedication prevailed. She eventually started working with individuals with disabilities, pushing her to advocate for students with all diverse identities. “We often think that advocacy is the person with the loudest voice, but it’s the person who never stops spreading their voice even when the goal may seem far away.” Taking her own words into action, she transitioned from North Carolina State University to West Chester University to become the new chief of diversity in hopes to connect with students and leaders, and have an opportunity to grow and change elements here on campus. “I’ve been teaching diversity for almost 20 years now, when I came to West Chester University it was important that my ideas merged with theirs since I was moving miles away from where I grew up.” Dr. Ray has done that by providing many opportunities for WCU students to make a change from various diversity trainings to surveys that are highly encouraged for all students of different backgrounds to voice their opinion. “We try to get every student involved even if you think diversity or race has nothing to do with you because you’re a math or science major.” Ray describes when students from past teachings thought they didn’t have to understand race simply because of the field they were planning on going into.

“Race is everywhere no matter what your career is. You have to understand all areas of interest and the differences that come along with it.”

Dr. Ray has also spread her platform to groups such as the National Association of Black Social Workers and the Social Work club by participating in a panel during diversity week to discuss “Black Women Leaders rising, Overcoming Racial and Gender Challenges”. Ray said that “being a black-women in the working field isn’t easy, a lot of people won’t take you seriously… I’ve had colleagues ignore the Dr. in front of my name and simply call me Ms. Tracey Ray, where other colleagues would be addressed correctly.” Being a women and black holds so much power that other people might be intimidated by. We have to continue to advocate for ourselves.

Dr. Ray has also worked with many other different students on campus, such as the military veteran students, with whom she had the honor of attending their pre-graduating ceremony. “It was a great honor to be able to attend the ceremony. It’s a true gift that they shared their experiences with me. It’s something I will never take for granted”.

Dr. Ray reflected on what the students she encountered so far have taught her. An important memory for her so far was the Meet the Greeks, an exhibition where the National PanHellenic Council and the Multicultural Greek Council showcased their organizations by traditional stepping and strolling that relates to their culture. “Seeing the support all of the greek organizations had for each other really impacted me. Coming from North Carolina State, we mostly had NPHC organizations. When multicultural organizations started to come, they asked if it was okay for them to step and stroll at different showcases. This was around the early 2000s and the reaction from NPHC was embarrassing, mostly from people that were on holding on to the past…so to see the support here at West Chester University and the respect given to Greek organizations to each other really showed how evolved and how much change has happened over the years.” The battles we overcome within each other and ourselves as minorities can impact how others treat us.

Advice Dr. Tracey Ray gives to students is to serve in your community in various ways. “There are so many ways to get involved here on campus, and if you feel as there is something missing on campus, don’t hesitate to start something and advocate for it. One idea a student has, can change West Chester and make history.”