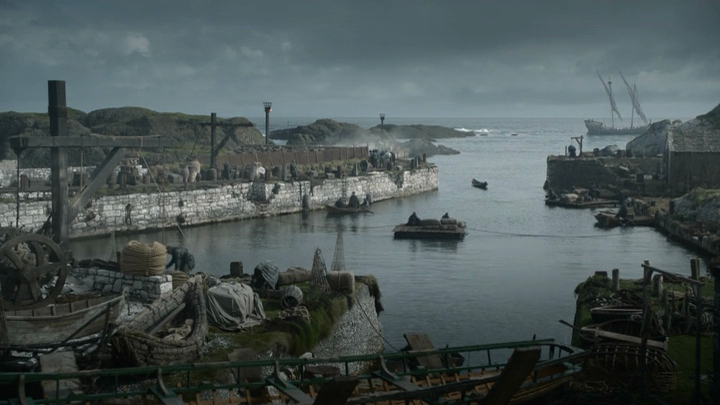 Image: “Game of Thrones” by horslips5 is licensed under CC BY 2.0.

After a highly anticipated wait, the final season of Game of Thrones (GOT) has finally arrived. Everyone’s favorite and least favorite characters have returned and appeared on-screen better dressed than ever. The first two episodes featured multiple scenes between characters who have not interacted with each other in what feels like eons. Since season eight has proven suspiciously devoid of death, the rest of the season will (without a doubt) evolve into an absolutely brutal bloodbath. As you read this article, episode three has already premiered, and I am most likely in mourning. In an effort to recover from the Battle of Winterfell, let us take a moment to reflect on some less violent moments of season eight. Specifically, I am going to analyze the character arcs of Arya Stark, Jon Snow, Daenerys Targaryen and Sansa Stark.

Arya’s reunion with Jon remains one of the brightest spots in the season so far. The two characters literally have not seen each other since the beginning of season one when Jon gifted Arya her iconic blade – Needle – and then left to join the Night’s Watch. The audience has witnessed the characters undergo significant change: Arya has grown into a face-stealing survivalist, and Jon has experienced both murder and resurrection. However, watching characters on the show recognize and react to those differences makes for interesting television.

Regardless of the passage of time, Jon obviously still views Arya as the same little girl he left in Winterfell many years ago. After a heart-warming embrace, he asks her how many times she has wielded Needle. As expected of a mysterious assassin, Arya sidesteps the question. The two still get along like peanut butter and jelly—except for one glaring problem. The sole source of tension between Jon and Arya manifests in their sister, Sansa. Arya expresses her loyalty towards her older sister, which makes sense since the two women joined forces last season to destroy Petyr Baelish. Unfortunately, Jon does not seem to feel the same confidence towards Sansa. In fact, he battles with a great deal of internal conflict since neither Daenerys or Sansa get along with one another. The clash between Daenerys and Sansa aligns perfectly with their personalities. After all, both women represent some of the strongest and most stubborn characters in the entire series.

The intense journeys of Arya, Jon, Daenerys and Sansa represent the cruel world which exists within the realm of GOT.

Daenerys has made incredible strides in her journey to rule the Seven Kingdoms. When one recalls her humble beginnings as a young girl married off to a formidable Dothraki chieftain, her growth as a person and a leader leaves a notable impression. Jon has treated Daenerys with the utmost respect, and the Mother of Dragons returns his sentiments most of the time. She really proved her love for Jon last season when she risked the well-being of her dragon – Viserion – in order to save his life. The end result, as no one can forget, resulted in the White Walkers resurrecting Viserion into a terrifying zombie-dragon.

However, the more powerful Daenerys becomes, the more nervous I become that she will end up like her father, often referred to as the “Mad King.” Daenerys’s determination has morphed into an unseemly, unyielding persona which does her no favors in the negotiation room. In addition, her obsession to take the Iron Throne increasingly grates on my nerves with each passing episode. As soon as Daenerys arrives at Winterfell, she expects everyone to bend the knee, including Sansa. The entitlement the royal Targaryen projects on everyone she encounters gets old pretty quickly. As stated earlier, Sansa will not easily submit.

Ever since season one, Sansa has dealt with abusive relationships where men stripped her of all power. Her ex-fiancé, Joffrey Baratheon, ordered his servants to beat her, beheaded her father in front of her eyes and forced her to marry Tyrion Lannister. Second, Petyr Baelish made uncomfortable, romantic advances on Sansa and then manipulated her into marrying Ramsay Bolton. Lastly, Ramsay sexually assaulted Sansa on their wedding night and proceeded to torment her relentlessly throughout the remainder of their marriage. Sansa has learned to stand her ground, similar to Daenerys. The two characters actually share a lot in common, considering Daenerys experienced intense abuse at the hands of her late older brother, Viserys Targaryen.

The intense journeys of Arya, Jon, Daenerys and Sansa represent the cruel world which exists within the realm of GOT. Even though the show still flaunts a cold and unforgiving atmosphere, people continue to tune in with hopes of catching a sweet moment, like Jon and Arya hugging in the snow.