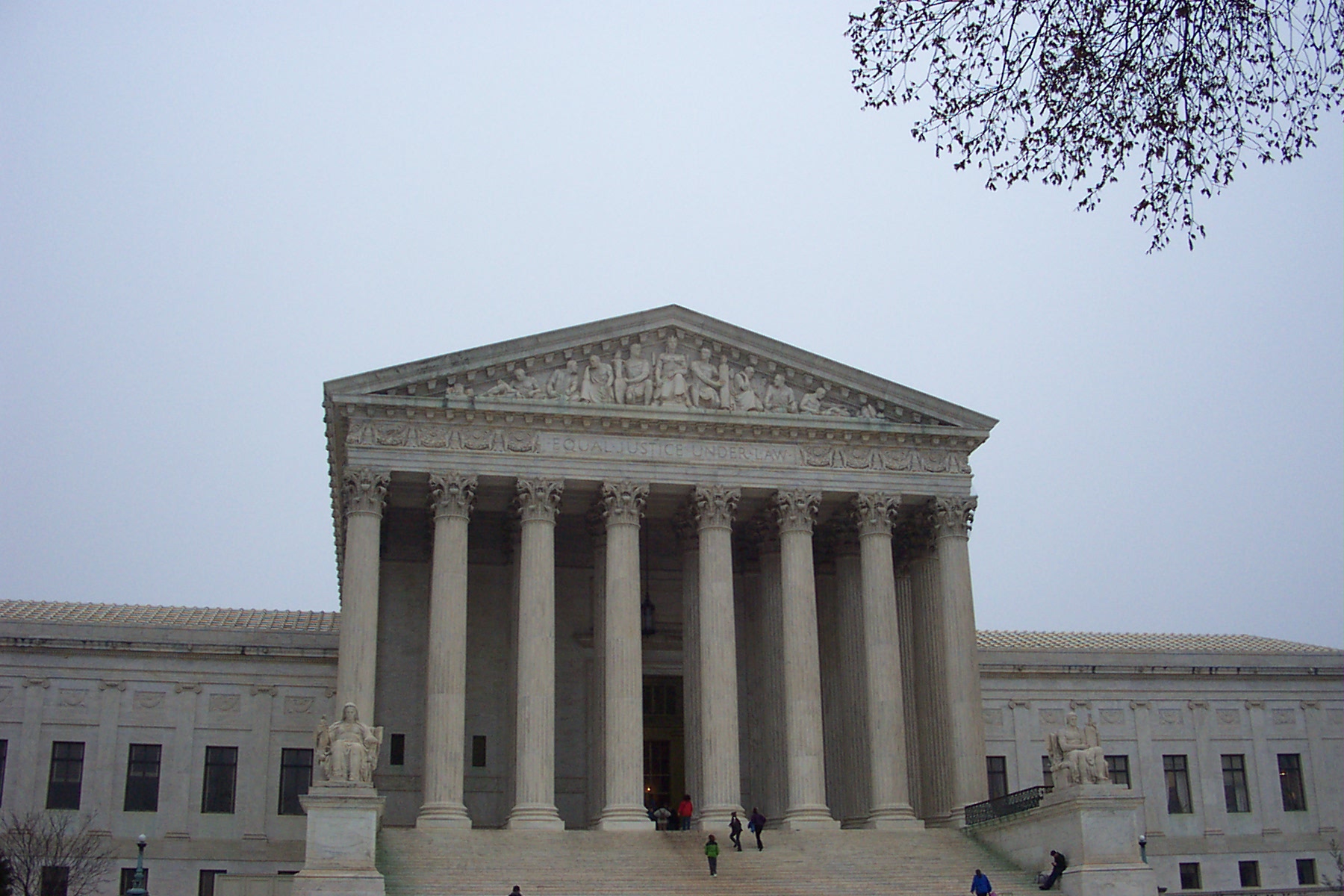 Image: “Supreme Court” by Beatrice Murch is licensed under CC BY 2.0.

It was on Monday, April 22 that the U.S. Supreme Court agreed to hear three cases that will, collectively, help determine whether it’s illegal for employers to discriminate against gay or transgender workers.

The trio of cases that the justices agreed to take all involve Title VII of the Civil Rights Act of 1964, which outlaws discrimination against people on the basis of their color, religion, race, national origin or sex. These three cases all zone in on one major question: do said protections against sex discrimination extend to people based on sexual orientation and gender identity as well?

Right now, the act doesn’t explicitly prohibit anti-gay or anti-trans discrimination, and the use of the umbrella term “sex” has left advocates arguing that discrimination based on sexual orientation and gender identity can’t be separated from a person’s sex. In order to determine someone’s sexual orientation, one must consider the individual’s sex and the sex to whom they are attracted to – in short, one sets the rooted expectations of the other. On the opposite side, groups such as Alliance Defending Freedom argue that lower court rulings have overstepped their bounds when redefining the term “sex” in Title VII , allowing it to “conflict with the word’s well-understood meaning since the law’s enactment in 1964.”

The cases – first tried in New York, Georgia and Michigan, respectively –will be heard in the Supreme Court’s next term, which begins in October. The New York and Georgia cases deal with sexual orientation while the Michigan case deals with gender identity.

The Michigan case of R.G. & G.R. Harris Funeral Homes Inc. v. Equal Employment Opportunity Commission brought the issue of Title VII’s applicability into the realm of transgender employees. The case involved Aimee Stephens, a transgender woman who alleged that she was fired from the Detroit funeral home where she worked after announcing that she was beginning her gender transition. In March 2018, the 6th Circuit ruled in favor of Stephens, coming to the conclusion that Title VII protects transgender workers, and that gender identity cannot be used to justify discrimination.

The lower court rulings flip-flop for and against Title VII’s protection stance, and the Trump administration argues that Title VII doesn’t prohibit discrimination based on sexual orientation or gender identity. It’s now up to the Supreme Court to settle the question. While it’s unclear how they’ll rule, it’s important to note that whatever decision they come to, a precedent will then be set for other government guidelines. The outcome of these hearings will have a serious ripple effect across America.