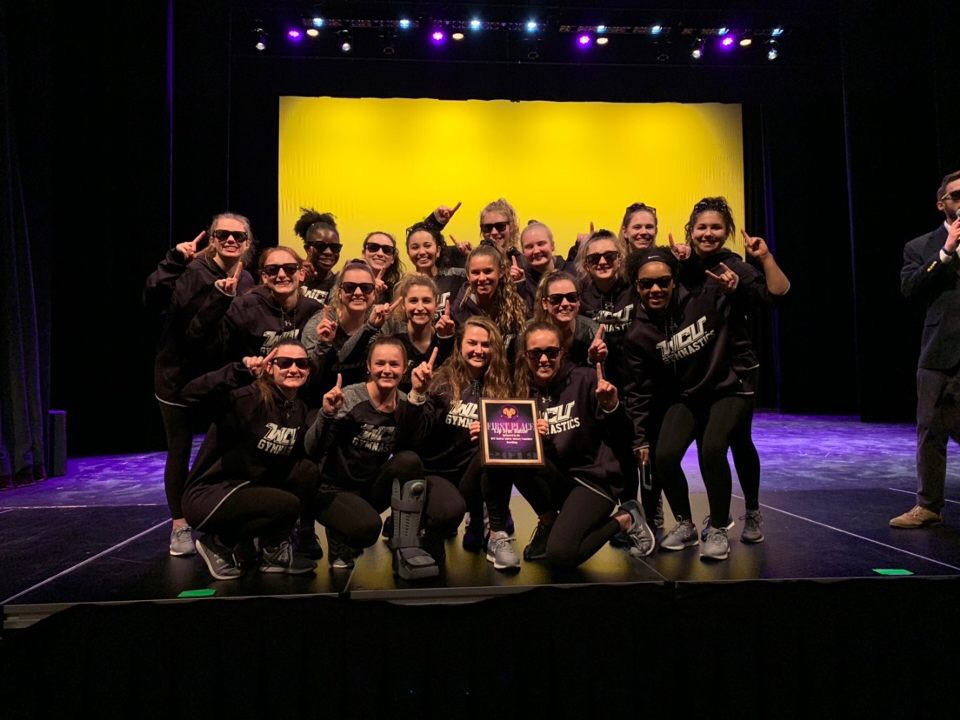 The Lip Sync Battle was an event that brought together the entire athletic program.  From athletes to coaches, administration, and even some of our own athletic trainers, the support from the purple and gold community was tremendous.

Aside from their contributions to NCAA legislation, SAAC’s primary initiative is to fundraise and contribute on a national scale for the Make-A-Wish Foundation, NCAA Division II’s primary student-based partnership. Should the organization raise $10,000 during the course of a year, they are given the opportunity to host a wish reveal for a local child with a life-threatening illness.

I had a moment to catch up with SAAC President, Kaitlin Hatch, following the event:

“The Student-Athlete Advisory Committee sets high expectations for our organization and spends a great amount of time working to create fundraising events like the Lip Sync Battle. It’s awesome when you finally get to see the product of what you’ve been working towards, and more importantly, it’s really special to see all of our student-athletes come together in support of a common cause. Our student-athletes really put on a show and it’s fun to see them having such a good time on stage doing something outside their comfort zones!”

The West Chester University Gymnastics team’s rock and roll themed performance took first place. Their multi-faceted display of talent opened with a footwork exercise to the tune of Awolnation’s “Sail” and was followed by their own rendition of Queen’s “Somebody to Love.”  Ironically, their night ended in celebration on center stage to Queen’s “We Are The Champions.”

The cheerleading team kicked off the show with a rap and hip hop themed routine. Their strong act comprised all sorts of stunts and tumbles, leaving a strong impression on the judges, as they went home with second place on the night.

The track and field and cross-country tandem showed up in their 80s gear ready to kick off their Sunday shoes. Their renditions of Whitney Houston’s “I Wanna Dance With Somebody,” “Footloose,” and Michael Jackson’s “Thriller” were a hit, as their bright colors grabbed everyone’s attention as well as third place.

The football team backed up their PSAC Championship as they took home the fan favorite award, courtesy of their array of breakdancing, flips and tricks.

Judges Dr. Tammy James, Academic Coordinator for Student Athletes, Dr. Sharon Began, professor of biology and an Athletic Advisory Board member, and Dr. Chris Przemieniecki, professor of criminal justice and another member of the Athletic Advisory Board, joined the student-athletes to assess and tally the top performances of the night.  Team participation, creativity and accuracy of lip-sync were a few of the determining factors.

The Student-Athlete Advisory Committee would like to thank those involved for their continuous support of their programs.