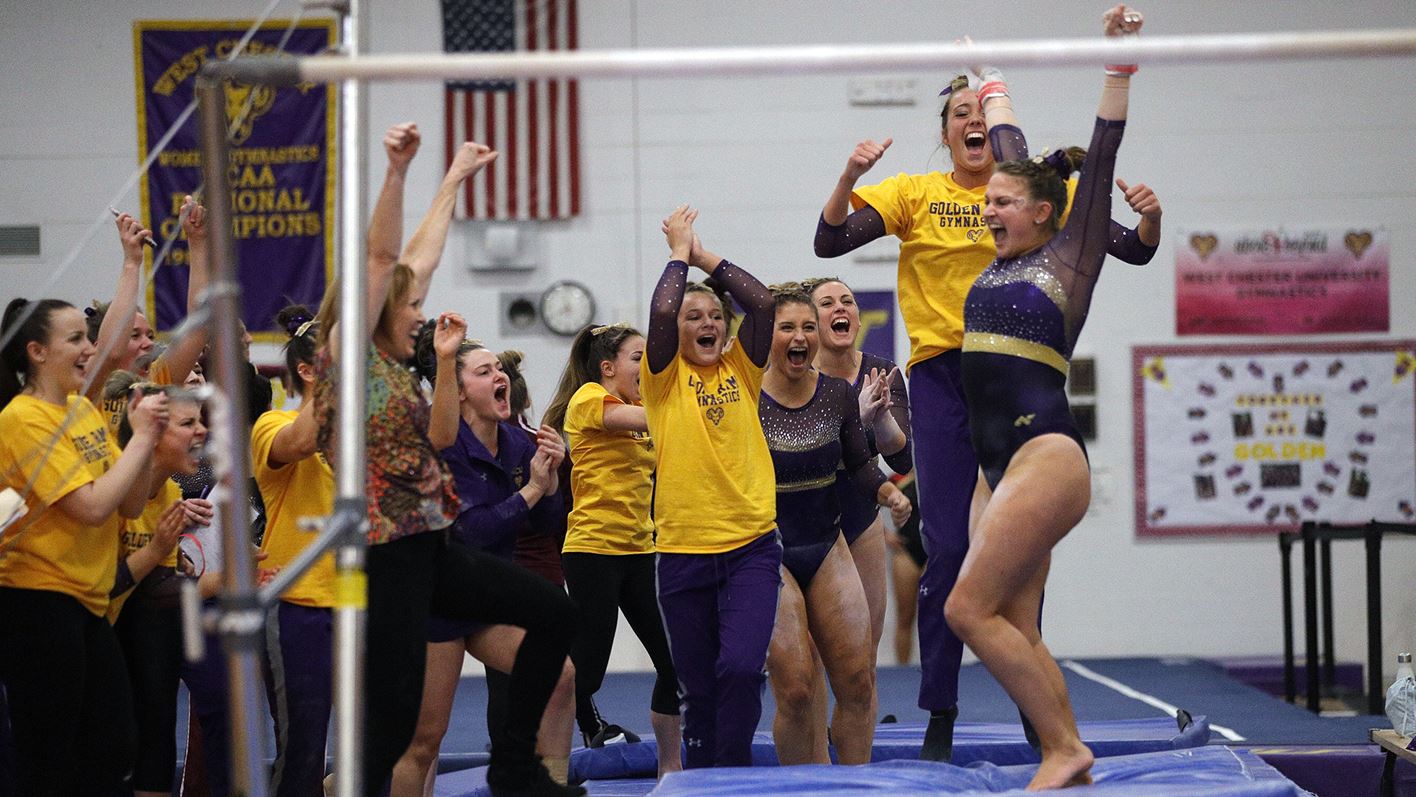 On Jan 27, the Golden Rams took on Springfield College for their best meet of the season so far. West Chester scored their season high 191.850 against Springfield’s 186.500. This meet was unique because Springfield’s men’s gymnastics team was competing against Army’s men’s team, making it an extremely lively meet. At each meet, six girls are put up on each event to actually compete in the event, and the top five scores count towards the team score. Going along with the top six, exhibitions are also allowed at the meet. The exhibitionists are able to get the experience of being on the competition floor, but their score is not able to count no matter how high it may be. Exhibition is simply for practice and fun, but it is great for getting younger and inexperienced gymnasts an opportunity. This was only a dual meet for the women’s teams, which allowed for two exhibition performances on each event.

Closing up on the Golden Rams’ strongest event, they did phenomenal. Second-year Melanie Wojewoda started off the event with her career high of 9.700 while tying for second place in the event with Miranda who also set her season high. Second-year Yoli Nodarse put up a strong 9.675 placing third in the event. Hageman also put up a strong of 9.625. To finish up the event, Boyd closed with a strong 9.750 to place first. Meakim and Johnson exhibitioned the event. The Golden Rams scored their highest event score of the day with a 48.450. The Golden Rams look forward to continuing their climb and scoring even better at their next meet.