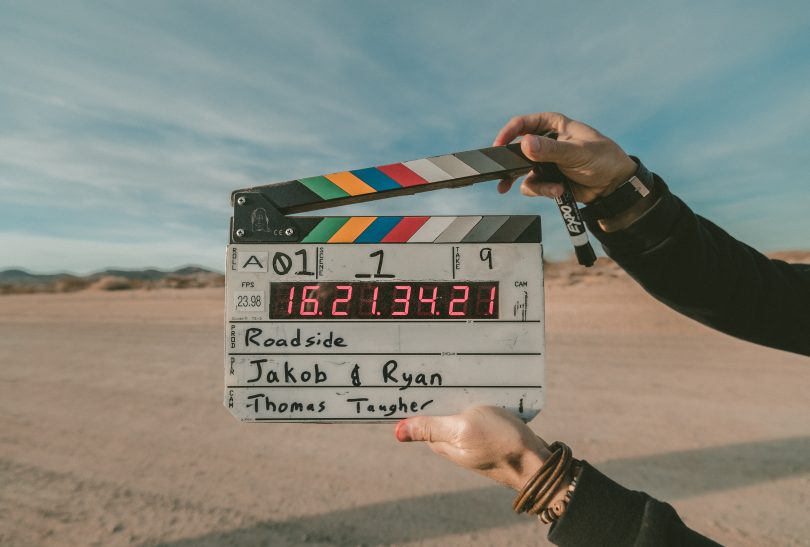 Image: “Slate It” by Jakob Owens via Unsplash

Pixar Animation Studios – a company known for its feel-good family films – has taken a step in a new direction. The launch of Pixar’s “SparkShort” animation program has opened a new door for the company, leading them into the world of indie filmmaking, cultural inclusion and personal narrative. The “SparkShorts” animation program is a home for new films, “different films than the kind that typically come out of Pixar,” writer and director Bobby Rubio explains in the program’s launch announcement video. The creation of said program marks a moment in animation history — a move away from the Pixar of the past, and a step into the stories and teachings of the future.

SparkShorts released its first short film on Feb. 4, choosing to debut their studio with a film that, prior to the startup of the program, would have been considered unprecedented amongst the Pixar fluff genre. The short film, “Purl,” follows a bright, bubbly and enthusiastic pink ball of yarn (yes, a ball of yarn) as she begins a job at B.R.O. Capital, a fast-paced and inarguably homogenous corporate office. As a new employee, Purl’s first-day excitement is quickly hindered when she realizes just how out of place she is amidst her suit-wearing, white, male co-workers. Almost immediately isolated and ostracized, Purl still tries to fit in, cracking jokes and even pitching an idea at a meeting, an idea that is immediately shot down with the comment, “You’re being too soft. We gotta be aggressive.”

It’s with this feedback that Purl decides to change her entire demeanor and appearance in order to fit in. Compromising her sense-of-self in order to rise through the ranks and join “The Boys’ Club” sound familiar, working women of America? Donning a suit, changing her shape, becoming “aggressive”; it’s not until a new ball of yarn joins the company that Purl realizes what she has given up and, in turn, become. The moment of recognition not only returns Purl to her former and authentic self, but it pushes her to change the homogenous culture of B.R.O Capital. The audience later sees Purl in the boss position that she deserves, welcoming a new employee to the now diverse company full of different colors, sizes and genders.

While Pixar has always prided itself on the messages woven into their films, Purl takes on an entirely new level of maturity; it brings in a theme that’s not only well-known and relatable to adults, but one that society needs to better educate kids on. Purl makes its theme clear for all viewers, shining a light on the prevalent topic of toxic masculinity in professional spheres, as well as this “one of the boys” culture that has taken root in social systems all across America. There’s this new generational shift toward teaching kids young and teaching kids right — it’s about creating a foundation of feminism, cultural acceptance, religious tolerance and overall equality.

Animation studios such as Pixar have a newfound responsibility when it comes to the connotations placed within their films; whether it’s consciously or subconsciously, kids retain the messages when they see them. Purl and the entire concept of SparkShorts is revolutionary because it’s bringing issues to the front, and they’re teaching the only people that really matter: the kids.