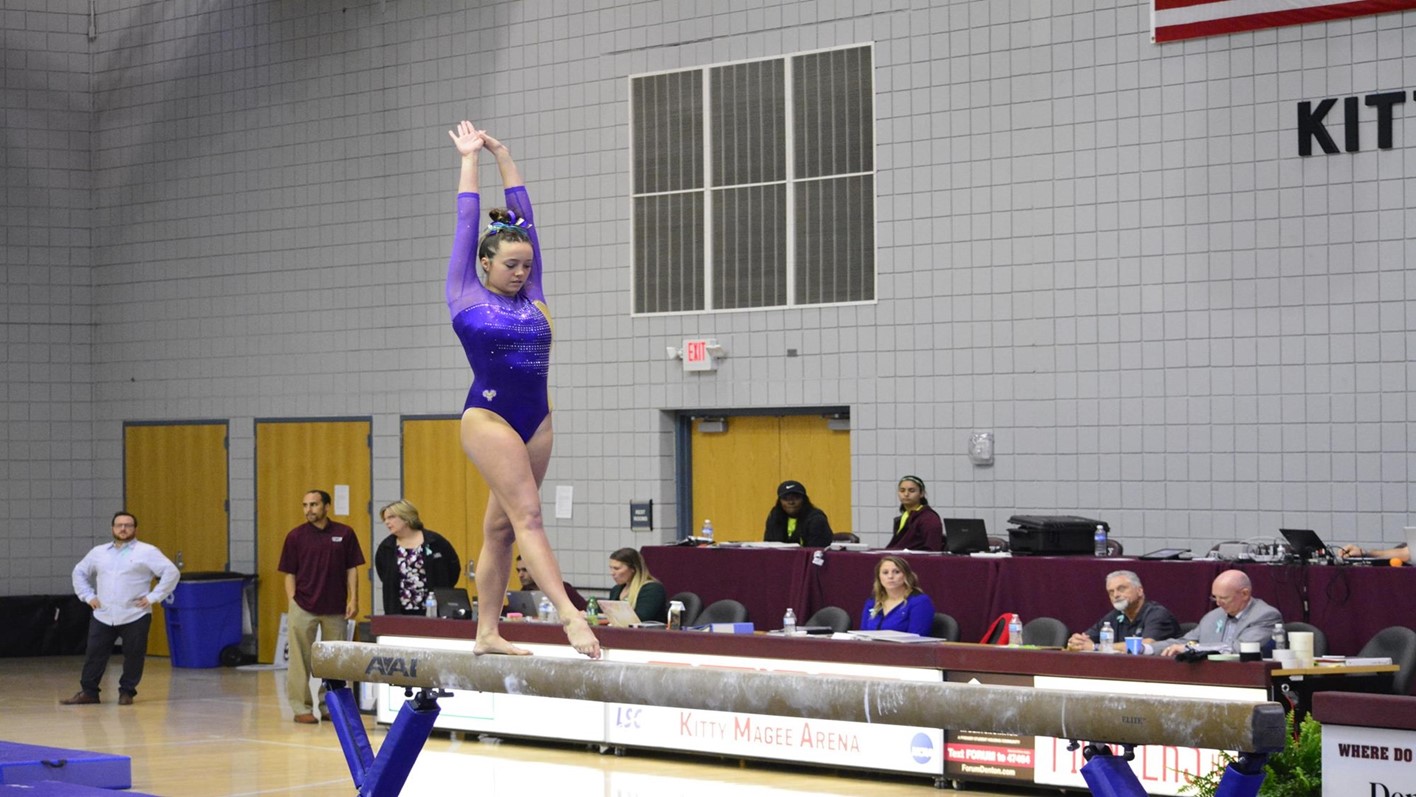 To go into depth of each event, the Golden Rams started on the beam very strongly with a 48.2. Sophomore Yoli Nodarse led the team with a 9.775 placing second. Junior Sarah Boyd tied for fourth place scoring a 9.725. First-year Ashley Duke scored a 9.65 for a top 10 finish at the quad meet. Third-year Jordan Miranda also had a very strong beam routine scoring a 9.55 along with sophomore Melanie Wojewoda scoring a strong 9.50 to lead off the Golden Rams.

Moving onto the vault, the Golden Rams headed into their weaker event scoring a 47.05. First-year Brashlyn Johnson led WCU on vault scoring a 9.55, and first-year Ashley Duke was next with a 9.475.

West Chester started on the vault, and they looked a lot stronger than the week before. Meakim scored a 9.375, placing second on the event. Fourth-year Lindsay Mathis and second-year Kelley Lubking tied for third place, both scoring a 9.325.

The West Chester University gymnastics team saved their best event for last at this meet, scoring an impressive 48.250.  Meakim took first on the event with a 9.825. First-year Rose Fanara took the second place finish on the floor with a 9.700. Other strong routines from the Golden Rams included Nodarse scoring a 9.675. Brashlyn Johnson scored a very strong 9.575, and Boyd scored a 9.500.

The Golden Rams are looking to increase their scores throughout the season. Their main goal is to place in the top eight in their division so that they can qualify as a team to nationals. They have a lot of potential to do this, and there are 10 meets left for them to accomplish their goal. The Golden Rams are back in action Jan. 28 at Springfield College. They are hoping to score much higher than they have the past two weekends — so stay tuned to find out.