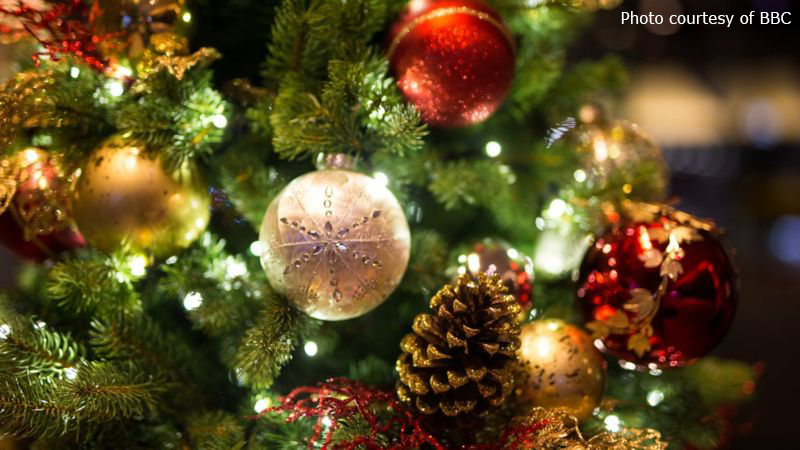 “You are fettered,” said Scrooge, trembling. “Tell me why?”
“I wear the chain I forged in life,” replied the Ghost. “I made it link by link, and yard by yard; I girded it on of my own free will, and of my own free will I wore it.”
—Charles Dickens, A Christmas Carol

All was not quiet on the Western front, but the guns were. Well, that’s not entirely true. Some fighting did still occur along the front, but such nuance doesn’t make for a good opening line. What matters is that on Christmas day of 1914, the first year of the First World War, thousands of troops along the British-held front in Beligum called a holiday truce.

Accounts generally describe the cessation in bloodshed as beginning on Christmas Eve when carols were heard coming from the German trenches. Those in the opposing trenches, at times separated by no more than 100 yards, heard them and joined in. “Silent Night” was the primary German carol, and “The First Noel” that of the British. Soon the German soldiers took the first step and called “Merry Christmas” and exited the trenches unarmed.

I love the lights, decorated trees, carols and cocoa, nutcrackers and cookies and shopping mall Santas.

The truce was not common and is estimated to have only encompassed about two thirds of the British held line in southern Belgium. The geographic restriction of the truce shouldn’t take from its amazing quality though. Many soldiers stopped fighting and exchanged gifts of food, cigarettes and other items. Makeshift soccer balls were also kicked around (with some organized games) between men who were violent enemies just yesterday.

All this was absolutely vexing to the military commanders. After all, it is much more difficult to encourage people to kill each other if they recognize their common humanity. This is why the Christmas Truce is almost mythologized. Though it only lasted a day, masses of men whose job it was to annihilate or be annihilated by one another recognized their brothers as such. In the quintessential Christmas spirit, they made merry and even had the audacity to enjoy their common company amid the start of a war which would steal the lives of about 10 million soldiers and as many civilians. Transient though the peace was the story begs us to ask, if they can come together and make merry, why can’t we?

I can’t talk of Christmas spirit without reference to Charles Dickens’ candid and percipient novella “A Christmas Carrol.” The main character, Ebenezer Scrooge, is the personification of materialistic (or for Dickens, Capitalistic) greed. One night he is forced by the three Christmas ghosts to witness and review his life and the harm he’s caused others. Only then does he begin to appreciate the state of his loveless existence and legacy. Scrooge becomes aware of the chains he has been forging for himself link by link. Dickens demonstrates the idea that self-reflection and compassion are the treatments for helping us (and even the Scrooges of society) better embody the Christmas spirit.

The fear of death is also significant in stimulating this change. Though perhaps unappreciated without an unsolicited push (provided by the Ghost of Christmas Yet to Come), Dickens persuades us that life without giving and receiving love is not really one worth living. We all want to be remembered and our legacy is our only opportunity to live on past the death of our brains. While some unfortunate few are satisfied with any legacy at all, the respectable among us want one that’s remembered fondly. Taken together, this book presses us to consider how we are affecting the lives of those around us, and how our own actions may be forging chains to hold us down in life and mar our memory in death.

You might have noticed that none of this requires any justification from or grounding in Christian mythology. The religious “Reason for the Season” is an improbable one at any rate. To fulfill an Old Testament prophecy that says the Messiah will be born from Bethlehem, the Gospel of Luke proffers a census ordered by the Roman Emperor Augustus that required people to return to their ancestral home towns. Augustus never ordered such a census in the whole of the empire. The most proximal Roman census in Judea was in 6 CE by the Syrian governor Quirinius (ten years after the death of Herod, whose rule we’re told Jesus was born under), people weren’t required to return to ancestral hometowns for censuses, and a census in Judea wouldn’t have affected Mary and Joseph in Galilee. Then there are the numerous unbelievable supernatural claims and the whole story of Jesus, which is little more than the apotheosis of the scapegoat.

The December date was coopted from Pagan winter solstice celebrations, as were yule logs and decorated conifers.

If only for the sake of time, my point in this article is not to dismantle the religious approach, but to share how I celebrate Christmas while being an atheist. This is possible because the Christmas holiday has become so secular. This might’ve been inevitable since it became a national holiday rather than one celebrated only by religious Christians, and this has made the “Most Wonderful Time of the Year” happily accessible to everyone.

The secularization was more inevitable and effortlessly maintained due to the non-religious and even non-Christian origins of many celebrations. The December date was coopted from Pagan winter solstice celebrations, as were yule logs and decorated conifers. Many of our beloved Christmas movies from “A Christmas Story” to “How the Grinch Stole Christmas” rarely, if ever, make reference to Christianity.

The holiday season is for emphasizing our similarities and putting aside our minor differences to enjoy our common humanity.

The situation is similar for popular Christmas songs. Plenty are religious and beautiful, too, yet many of the most popular ones are not. The song “White Christmas” in particular has an intriguing origin. Its author was a Jewish American named Irving Berlin, who also authored “God Bless America.” Irving immigrated to the United States at the age of four as Israel Balin but, like many Jewish composers and songwriters of the Tin Pan Alley and Rock and Roll decades, he later changed his name to appear less Jewish. His nostalgic holiday tune helped pave the way for the type of non-theological Christmas celebration that’s commonly enjoyed today.

The holiday season is for emphasizing our similarities and putting aside our minor differences to enjoy our common humanity. I tell you the truth, we want to spread comfort and joy and we feel an intrinsic satisfaction when doing so.

I love the lights, decorated trees, carols and cocoa, nutcrackers and cookies and shopping mall Santas. Snow on the ground sure doesn’t hurt. I enjoy giving thoughtful gifts and reminding the people I care about that they never go unappreciated. I use the season as a time to reflect on myself and how I am impacting the lives of everyone around me. This is how I approach Christmas as a nonbeliever, and I continue to celebrate it with enthusiasm every December.

Brandon Langston is a fourth-year student majoring in biology with a minor in history. BL882717@wcupa.edu

2 thoughts on “An Atheist Christmas”