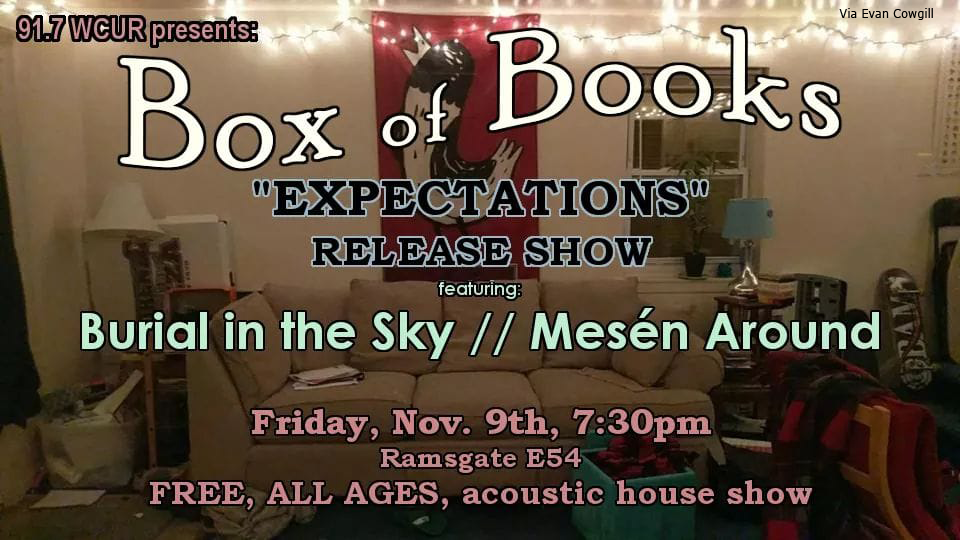 Music scenes tend to be pretty laser focused in terms of stylistic consistency. From New York’s no wave scene to Seattle’s grunge scene, the groups that make up these individual scenes generally have the same idea in mind when it comes to their sound. West Chester’s music scene, if you could call it that, has no set direction to speak of, instead offering numerous different genres in the form of several different bands and artists. WCU’s own radio station, WCUR 91.7, sees that diversity as something to bring attention to every semester with the 91.7 WCUR Acoustic House Show. This semester, the station is poised to hold the 4th installment of this biannual event.

The radio station’s acoustic house show had its beginnings in the Spring semester of 2018, when WCUR’s Local Bands Director Evan Cowgill decided it was time for the radio station and the university community to begin appreciating local musicians more. The event is seen as a celebration of local music, and as such, anyone who wants to come is welcome. Every semester, all the attendees cram into a tiny, sweltering hot apartment to watch the diversity of West Chester’s music scene. Each show is free of charge, providing WCU students an economical opportunity to go see some live music, something that never turns out to be economical for anybody. Cowgill felt that a university sponsored event showcasing local talent in typical concert form would see a lot of turn out. He was not far off, as last semester’s show had such a large turnout that attendees had no choice but to fizzle outside the apartment.

The upcoming house show will showcase more diversity than usual. Scheduled for the evening of Nov 9, the headlining act is Box of Books, a traditional folk band set to release their debut album very soon. This house show will act as their album release show and party. Box of Books will be playing alongside After the Burial, a progressive metal band, Mesen Around, a psychedelic folk act, and Congrat, a classic-style rock band. Very rarely does West Chester showcase this many different styles of music. Previous house shows have showcased indie pop bands, experimental blues acts and even harsh noise, if you can believe it. The consistent diversity of the house show bills stand as a testament to the wide array of music that the people of West Chester are capable of.

I highly encourage any avid music lovers to seek out the event on social media and attend it. Not only is it free and a fun experience, but doing so will support the local musicians that make West Chester’s scene so special. If you do go, and you enjoy the bands, I would encourage you to support them digitally as well. Seek out their bandcamps, their Soundclouds, stream their music on Spotify or Apple Music if you can—local music does not start and end with WCUR’s house show. However, with the advent of the show and ample support from the community, perhaps West Chester’s music scene could become the next Seattle.