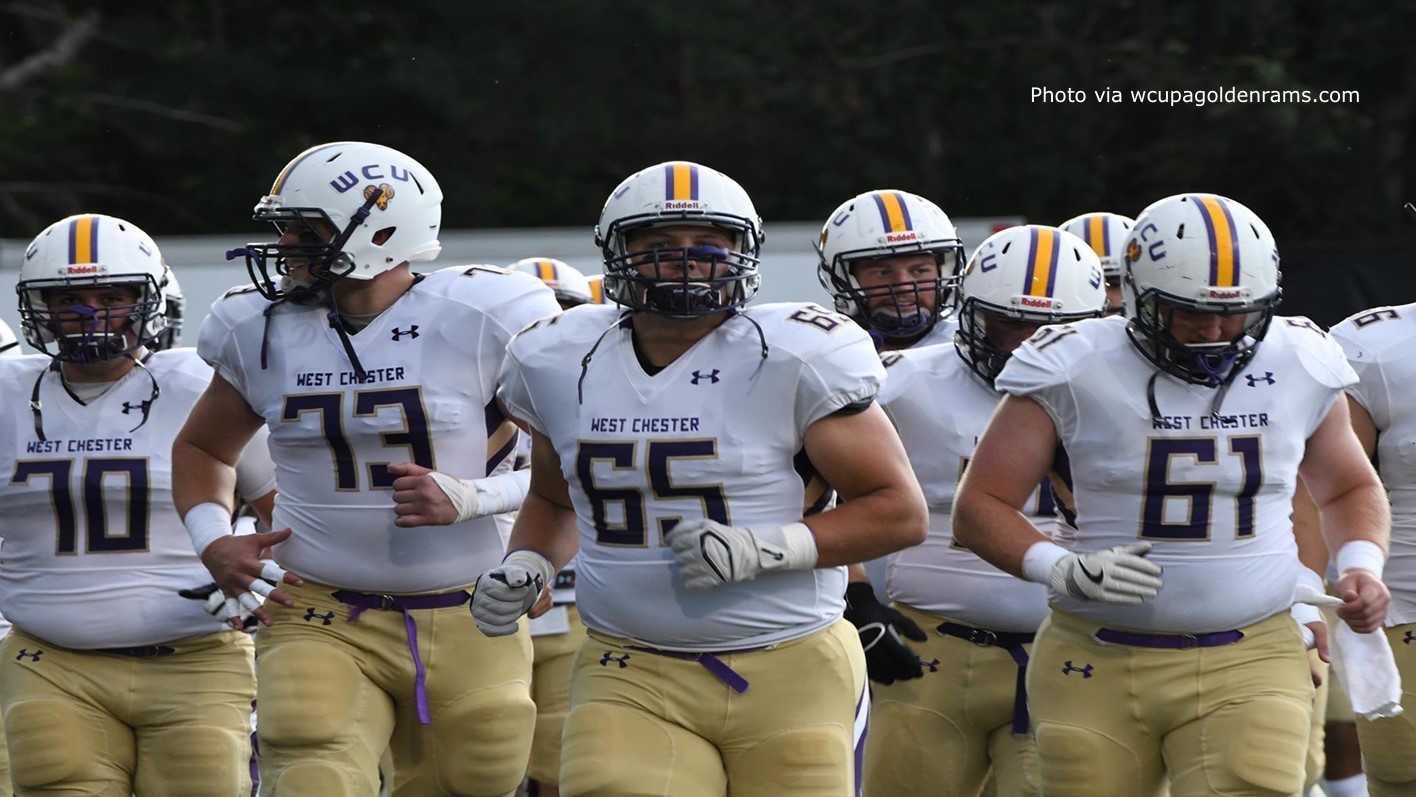 On such a rainy October Saturday, the sun was shining for the Golden Rams as they reigned supreme in Andre Reed stadium after a 38-21 victory over the Kutztown Golden Bears.

Coming back from injury, star quarterback AJ Long made his presence known immediately as he took the offense down the field in just seven plays. He ended the drive with a touchdown pass to the versatile running back Mark Dukes. However, the Golden Bears made it clear this day would not be easy as some games before for the Golden Rams.

Kutztown answered with back-to-back scores to be up 13-10 in the second quarter. But when it seemed like the cards were not in their favor, Coach Bill Zwaan had some tricks up his sleeve. Gunslinger Paul Dooley made an appearance on the field and quickly reminded everyone of his big play ability with a strike to Cody Boozel nearing the end of the first half.

After that, it was nothing but domination from the Golden Rams. Long would finish the day with an impressive three touchdowns in the air along with over 100 yards rushing to cap another star studded performance. Mark Dukes channeled his inner Le’Veon Bell with close to 100 yards rushing and a receiving touchdown. The receivers bullied their way into the endzone with touchdowns by big bodies like tight ends Dan Neuhaus and Cody Boozel, along with first-year receiver Gabe Schappell.

The offense put up numbers, but the defense arguably stole the show. The production by the defense was tremendous and all across the board, piling up a total of five sacks and several quarterback pressures that left the Kutztown offensive line feeling helpless. All-American linebacker Tyler Morrisey had nothing short of an All-American type of day as he finished with a total of nine tackles — which led the team — and a sack.

The chapter on this regular season is coming to an end and a new chapter is on the way: championships. The Golden Rams will be back home as they face the Lock Haven Bald Eagles on Homecoming weekend.

With this win over Kutztown, West Chester will represent the east in the PSAC championship. The milestones this team has assembled have been nothing short of astounding. However, the season for this team has just begun and with a fearless head coach, dynamic quarterback and monstrous defense there is no telling how far this team will go into the postseason.