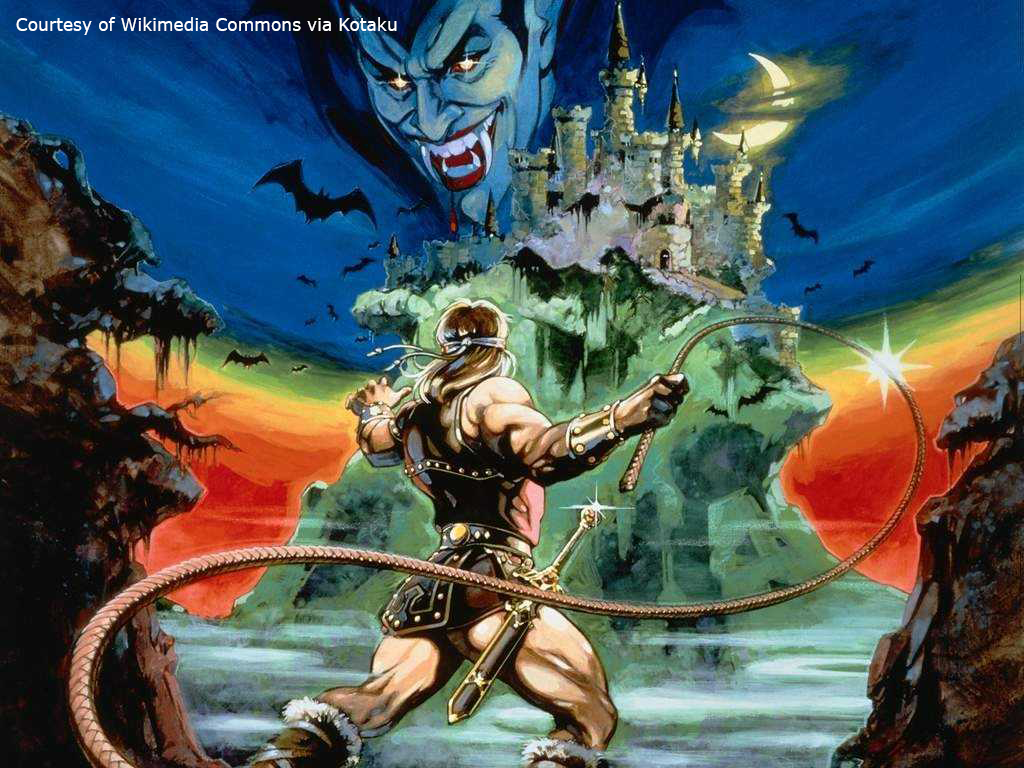 Scrolling through Netflix the other night, I decided to watch a spooky show in the spirit of Halloween. I eventually found my cursor hovering over the Netflix original series “Castlevania.” The description deemed “Castlevania” an action anime horror, which seemed appropriately gothic for the month of October. I plunged into the first episode, “Witchbottle,” and quickly became engrossed as the narrative whisked me away to Wallachia in 15th century eastern Europe.

The spine-chilling plot begins with a cloaked woman approaching looming doors belonging to the castle of the infamous Vlad Dracula Tepes. The woman enters the castle and walks into a massive hall dimly lit by the soft flames of hundreds of candelabras. As she walks farther into the hall, the door slams behind her and Dracula is revealed, standing ominously at the top of an expansive staircase. As is often seen in other interpretations, the legendary vampire is depicted as imposingly tall with snowy skin and raven hair.

The woman introduces herself as Lisa, a healer from the village of Lupu. She explains she has a passion for science and wishes to become a doctor. In order to better help the ailing people in her hometown, Lisa sought out Dracula to learn his rumored secret knowledge. When Dracula gruffly asks what she will trade in exchange for his coveted wisdom, Lisa cheekily responds, “Perhaps I could help you relearn your manners?” Noting her fearlessness, Dracula observes she is different from other humans he has met. After a few more minutes of banter it is apparent the two characters have chemistry- causing the inner romantic in me to jump for joy.

The timeline then skips 20 years into the future to the year 1475. Within those 20 years, audience members learn Lisa and Dracula have wed and settled in a humble cottage in the province of Târgoviște. While Dracula is off traveling to an unknown location, the town’s archbishop discovers Lisa’s various medicinal supplies and mistakes the items for satanic paraphernalia. As a result of this misunderstanding and skepticism, the well-intentioned Lisa is arrested for witchcraft and burned at the stake without trial. This act of violence is a catalyst for Dracula’s transformation into the show’s major antagonist and consequently serves as the impetus for the rest of the series.

Stricken with grief, overcome with rage and wanting vengeance, Dracula announces that everyone living in Wallachia has exactly one year to either make peace with their maker or leave the land altogether. Dracula warns the people of Târgoviște that in one year his nightmarish army will descend and leave no survivors. The vampire returns to his castle after an eruption of hellish flames, leaving the onlookers quaking in fright. After such a traumatizing display, the archbishop and his goons seem all the more convinced burning Lisa was the correct decision. Her ties with Dracula provide further evidence to those in power that she consorted with evil. Though most of the townspeople dismiss the legitimacy of the vampire’s deadly threat, the citizens of Wallachia have no idea what is in store for them.

After such a grim and grisly opening, I stepped timidly into the second episode. The story jumped a year into the future, and sure enough Dracula’s army is wreaking havoc on the people of Wallachia. Dracula’s army consists of horrifying, winged beasts with razor sharp fangs and sable, canine-like bodies. The terrors appear at night and viciously murder the young and old-not discriminating between the guilty and the innocent. I am not accustomed to an animated series depicting scenes of explicit gore, and so the bloody moments involving Dracula’s terrifying creatures surprise me. Watching the massacres reminds me of AMC’s “The Walking Dead” because of the hopelessness felt.

By far, the highlight of the second episode is the introduction of the dashing Trevor Belmont. His rugged presence is reminiscent of “The Witcher’s” Geralt of Rivia or “Skyrim’s” Argis the Bulwark. Belmont comes from a long line of vampire hunters and adds a comedic (albeit cocky) element to the show’s overarching, morose tone. The strapping and scarred hero has all of the trappings of a video game protagonist, which makes sense considering “Castlevania” is based on a platformer video game made in the 1980s. (In the original video game the main character is Simon Belmont, not Trevor Belmont.) I have never played any of the 30 “Castlevania” games, but the show is so captivating that I feel inspired to purchase one of them.

“Castlevania” has incredible action-packed scenes which makes it difficult to stop watching when an episode ends. The fight scenes are dramatic and keep the viewer engaged and perched at the edge of their seat. For all intents and purposes, this show feels like a rollercoaster ride.