A review of Edinburgh’s most popular tourist spots 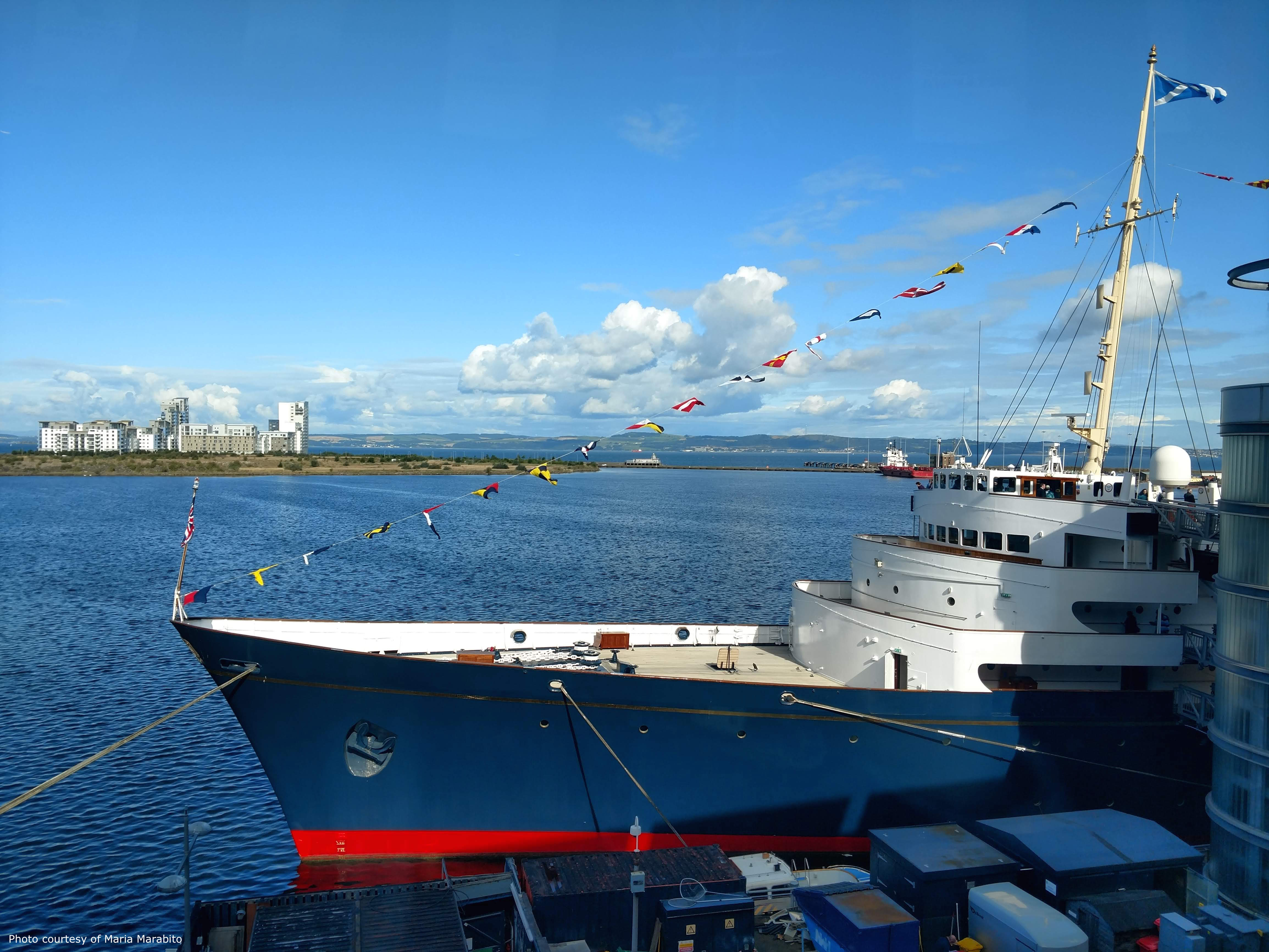 Edinburgh is one of the most popular cities in the United Kingdom which means they have plenty of sites to interest the millions of tourists that visit each year. Though I have only been in Edinburgh for almost two months now, I have visited many of the tourist spots in the city. Some of the attractions I absolutely loved, while some I could have skipped. The following are my reviews of each of the attractions I have visited so far:

The Royal Yacht Britannia: 10/10
The Britannia is by far my favorite attraction I have visited. I got lucky with beautiful, clear weather when I visited, so the water of Leith looked breathtaking from the yacht. The bus ride to the tour was very short. The tour itself was very interactive and interesting. Almost the entire ship is open for the public to see so I got my money’s worth. I went from room to room and floor to floor to see every part of the yacht as well as learn what each room was used for. The tour also included an audio guide which you could progress through as you traveled from room to room. After the tour, I had tea and a scone in the yacht’s tea room which was amazing since I got a clear view of Leith. I definitely recommend hitting this attraction.

Palace of Holyrood House: 5/10
I was very excited to tour the Palace since the Queen actually lives there when she visits Edinburgh, but I found myself disappointed once the tour was over. Only a small part of the palace is open for tours. The rooms are like exhibits and you have to keep your distance from the beds and painting since they have been that way for generations. Some of the rooms were fairly small which made the tour difficult since there were so many people touring the palace. The rooms were interesting, especially the room of Mary Queen of Scots but in all honesty, they looked a little ugly and archaic. I was much more impressed with the exterior of the palace and its gardens than its interior. In my opinion, this is an attraction you could pass on if you do not have a lot of time.

Edinburgh Castle 6/10
I have actually been to the castle twice now, once with a tour and another time with my family. My opinion did not change of the castle the second time around. If you were to visit Edinburgh, I think you should see the castle once just to say you did. The view of the entire city from the top of the castle is worth seeing but I find this attraction a one and done kind of thing. There was not much to see beyond one or two exhibits in the building, such as one about the royal gems, like the Stone of Destiny. I just thought that with the extensive and interesting history this castle has there could be more to the tour than there actually was.

Royal Botanic Garden 9/10
I visited the Botanic Garden for the first time and  enjoyed myself. I went on their Apple Day, so I was able to take home freshly picked apples of all different varieties. The weather was sunny and crisp, which made walking around the gardens even more enjoyable. They have an impressive set up at the Garden and almost everything is free to the public. It is well worth a stroll through New Town to visit the Garden. You will get great pictures out of it!

Greyfriars Bobby 7/10
The story of Greyfriars Bobby is very heartwarming and to see the statue erected of the dog Bobby is a testament to the romanticism of the Scots. It is worth a quick visit to rub Bobby’s nose for good luck and  take a picture with the statue. Trouble is, the statue is constantly swarmed with tourists around it so getting a good picture is difficult.

Scotch Whisky Experience 8/10
The tour part of the Scotch Whisky Experience was informative and dramatically executed, but it was not as interactive as I had hoped. I sat in a chair as it moved me from exhibit to exhibit to learn about the process of making whisky. After the tour was over with, I participated in a whisky tasting (I discovered I do not like whisky) as well as free time to explore the museum’s enormous collection of whisky. If you have a few hours free, I think it is worth going to through a gin tasting which might also be as good. Scotland has increasingly become known for their gin production since the process is much faster than making Whisky.

Firth of Forth: 5/10
Since it’s a good distance away from the city, visiting the Firth of Forth Bridge takes planning. I, unfortunately, went when it was very cloudy and rainy, so my pictures of the landmark are not the greatest. It was also very hard to find the lookout point for the bridge. I never want to say anything is skippable, but you should not strain yourself trying to go to the bridge.

Princes Street: 8/10
As one of the most popular shopping streets in Edinburgh, high end shops like Marks and Spencer and Jenner’s can be found on Princes Street. I have walked along here many times and it is constantly swarming with people. Good thing is though that you are most likely to find everything you could possibly need since they have so many shops (including a TK Maxx, which is exactly like TJ Maxx except for one letter). You should definitely make it a point to visit Princes Street at least once.

Museum of Scotland 10/10
Fun, interactive and free! The Museum of Scotland has exhibits that will interest anyone. Mixing culture with science and history, you are guaranteed to walk away in awe of the impressive collections the museum has to offer all in one place. This is a must see if you visit Scotland and it is also right across from Greyfriars Bobby!

If you do end up visiting Edinburgh, which I hope happens since it is such a wonderful city, I suggest getting a weekend pass for the Edinburgh “Hop on Hop off” bus tour. With it, you can get on any tour bus at any time for 48 hours and it takes you directly to the tourist spots. With it, you can also get discounted tickets to the palace, yacht and castle! It is a fantastic deal that I would suggest to anyone visiting the city.