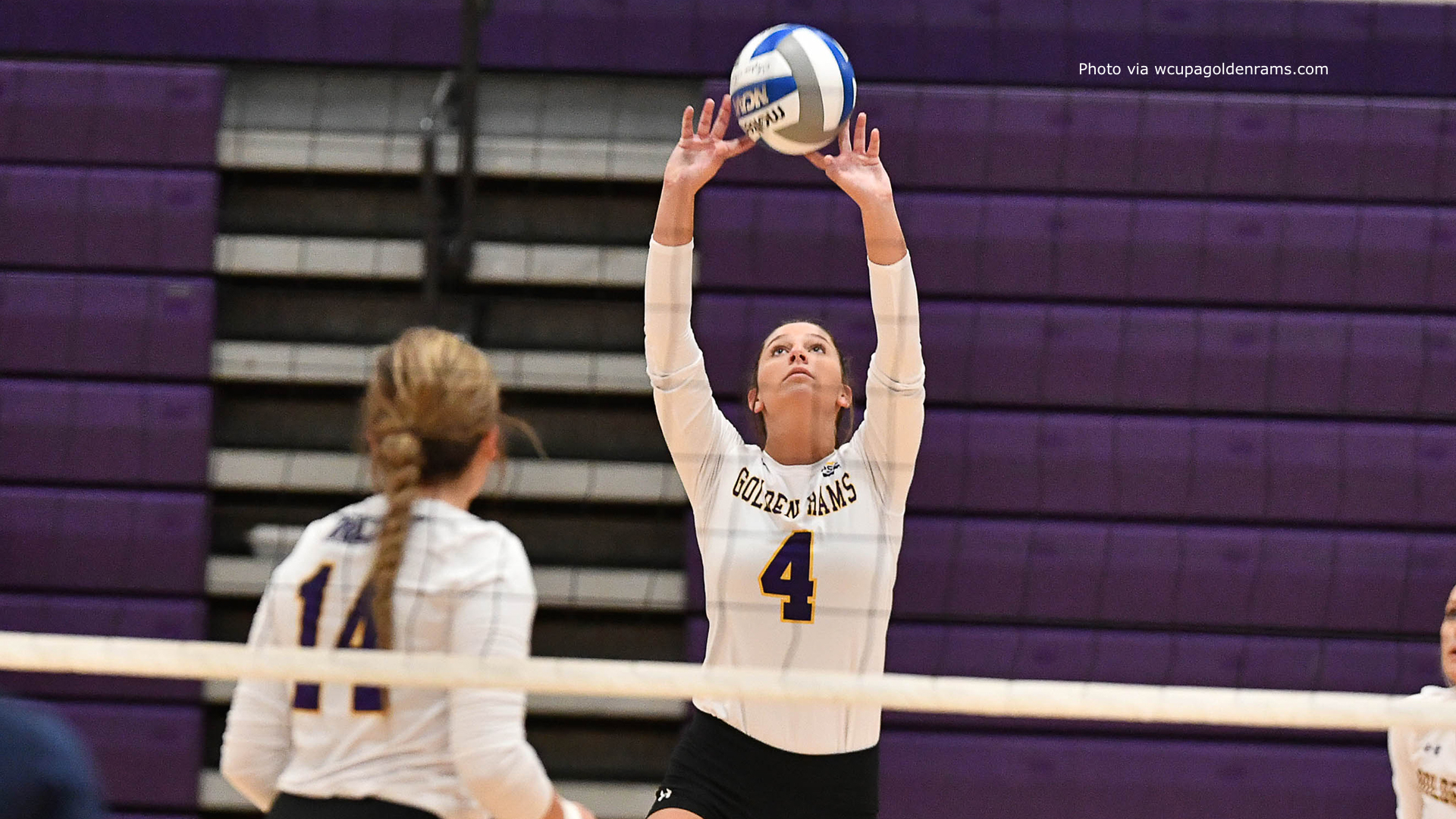 West Chester Volleyball had a six-day break coming off of their loss against East Stroudsburg University. After a solid week of practice, they looked to break their three-game losing streak. This would not be easy, as they had back-to -back away games. On Friday, Oct. 19 they traveled to Seton Hill University to take on the Griffins.

Sadly, their losing streak would extend to four games as Seton Hill defeated West Chester in four sets (15-25, 25-22, 13-25, 20-25). After tying up the match at a set a piece, due to a hard-fought second set, they dropped the following two sets. Seton Hill dominated the third set, with a hitting percentage of .517.

Third-year right side hitter Rachel Robb led the team in kills with 13. She also proved to be a force upfront with four blocks. First-year Julia Vreeswyk followed Robb with 11 kills, while another first-year, Nina Tindall, followed her with four. Two of the veteran leaders of the squad, Jillian Grammer and Nicki Yates, each had two aces. Grammer showed up in the loss, also contributing three blocks, 32 assists and 13 digs. The second-year middle blocker was a wall with seven blocks. Yates finished in first with 21 digs. Second-year defensive specialist Megan Shaw chipped in with two assists and ten digs.

Ever since the loss of Abbie Dischert to injury, West Chester has struggled to string together wins. Their record heading into their game the next day against California University of PA was 6-6.

WCU fell behind early in the match, as the Vulcans took a two sets to none lead. After fighting back to win the third set 27-25, their PSAC record would fall to 6-7 as they lost in four sets (11-25, 19-25, 27-25, 22-25). With hitting percentages of .033 and -.026, the Lady Rams got off to a slow start as California U of PA jumped out to a strong lead. To compare, the Vulcans had hitting percentages of .379 and .162. Extending beyond hitting percentage, West Chester was beat in every category from aces and digs, to blocks and assists.

Robb once again led the team in kills with ten. Vreeswyk could once again be found in second as she finished with nine, along with two blocks. Grammer, Yates and Alex Gleason each served up an ace in this one. Grammer also dished out 42 assists along with 12 digs, while Yates set the standard in the digs department with 23. Shaw  made her presence in the lineup known, she contributed 11 digs. Yet another first-year player made an appearance in the loss, Sarah Polacek had a strong match with eight kills and two blocks.

Head Coach Katherine Bellaver had this to say about the two-game road trip: “We played well Friday evening but could not get going on Saturday until the third set.  We are certainly missing offensive production from two of our players who are injured right now but we are looking to others to step up and get the job done.  Our focus will be to have a solid week of practice as we return to Hollinger next weekend.”

West Chester is now in the midst of a five-game losing streak, with their PSAC record standing at 6-7. Come out to support the squad this Friday, Oct. 26, as they return home to face Indiana University of PA at 7 p.m. If you can’t make it Friday, come out the following day, Saturday Oct. 27, as they take on Clarion University.