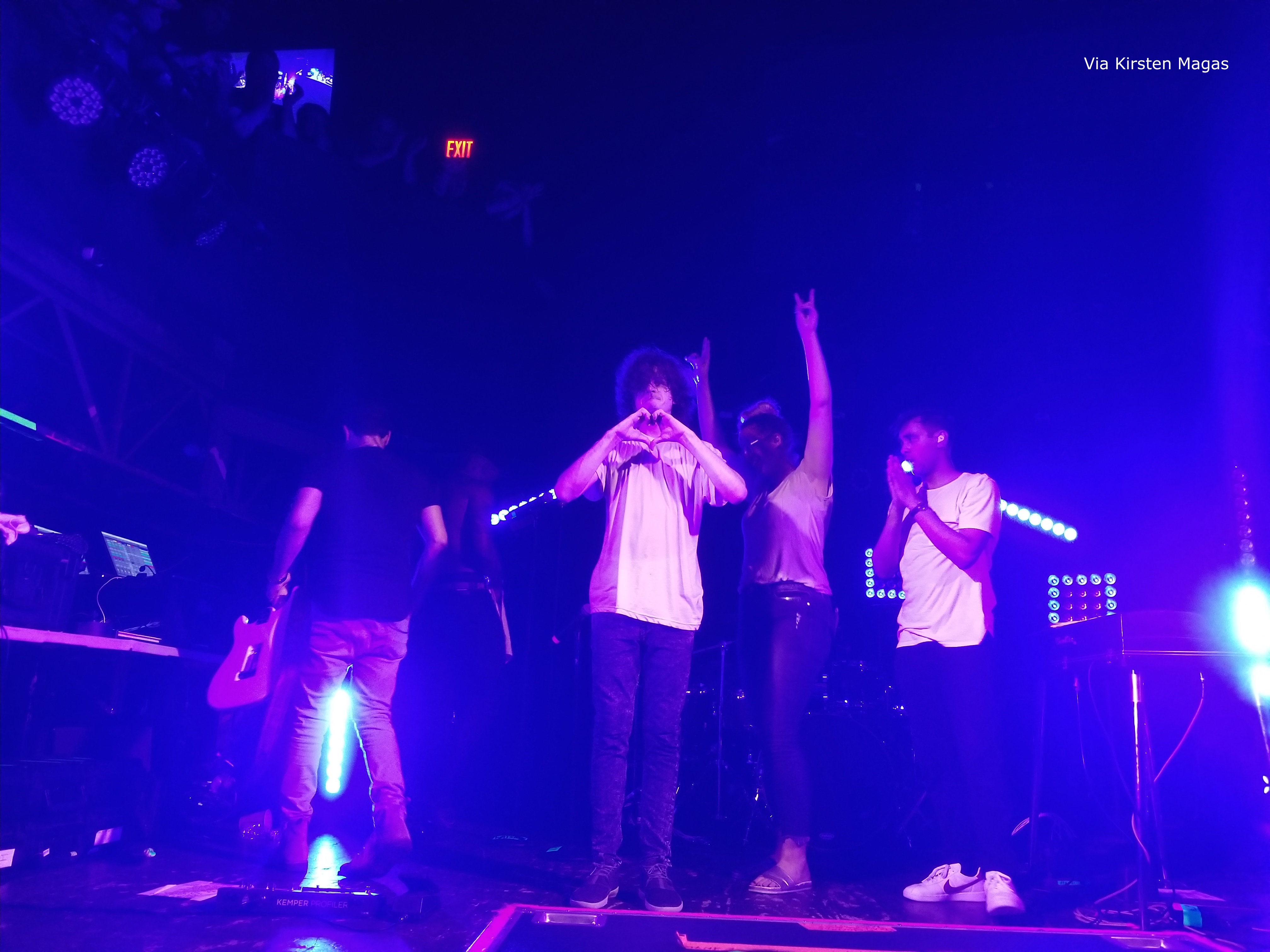 Watsky announced the “Welcome to the Family” tour in August, named after his single. Discovering Watsky’s music just last year, I didn’t know what to expect at a live concert, but I knew it would be an emotional rollercoaster.

My boyfriend — and favorite concert buddy — bought tickets during the presale in August for my birthday, since the concert would be eight days from my birthday. I had been pumped for weeks. You better bet I blasted Watsky the entire hour-long car ride from West Chester to Lancaster.

By 4:30 p.m., my boyfriend and I were waiting at the door of a small, general admission venue—minutes away from meeting Watsky. Fans were allowed a few minutes to say a few words, get a poster signed and snap a picture with him before preparing for the show. I had been one of the lucky few to snag a VIP pass that listed me as a ‘family member.’

Meeting a writer and performer I have been looking up to for a while was a very humbling experience. My heart and mind raced, and I gushed about my adoration for Watsky’s work as he signed the copy of his book of personal essays. I mentioned my own writing upon meeting him to which he wished me the “best of luck” with my work and wished me a happy birthday too.

The first of the two opening acts, Feed The Biirds, which is made up of Camille Recchio and Kush Mody who perform as a part of Watsky’s act—arrived on stage and created a warm, welcoming atmosphere with acoustic tones and a friendly presence. Being what the lead singer referred to as a “baby band,” the song selection was a little limited.

The second of the opening two acts—Chukwudi Hodge, the drummer for Watsky—rapped content from his solo career and brought energy in preparation for the main event. Tackling topics like his expectations as a black rapper and the struggle to maintain positivity through his music, Hodge riled up the crowd properly.

Finally, every part of the Watsky band stepped on stage and I heard the familiar piano introduction to the first single of 2018. Of course, “Welcome to the Family.” I felt music I have only ever heard on edited recording come alive through the rawness of live performance — the bass bumping so hard that I felt it in my chest, confusing it with my heartbeat.

Pushed up against the barricade, I half-screamed, half-sang back at the stage the words Watsky already knew in unison with the rest of the audience for “Moral of the Story” from “Cardboard Castles,” “Brave New World” from the album “x Infinity.”

The chain of a chorus in the crowd was broken when Watsky performed an unreleased song titled “Feel’s Alright.” However, he encouraged audience participation in call-and-response fashion. “When I point the microphone at you guys, I want you to let out your best primal scream. Let’s try it,” Watsky said, “It’s supposed to be freeing. Get louder every time I point it to you.”

The lead singer of Feed The Biirds, Recchio, returned for a duet with Watsky. The two sat back-to-back for a slowed version of the song “Sloppy Seconds” that made me cry like a toddler. Her return to the stage as a backup vocalist lasted through the songs “Pink Lemonade” from “x Infinity” and “All You Can Do” from “All You Can Do.” Her flirty presence with Watsky added a bit of flavor to show (as if it did not already have enough energy) and raised questions as to what romantic context might be bubbling between the two.

Toward the end of the show, Watsky got serious. All other sound stopped, and he spoke, “With all the bullshit going on, it can be easy to feel powerless and you shouldn’t. I have a voice and you’re forced to listen because I have the microphone, which is kind of cool.”

The five of them started backstage, but before completely leaving us for the night, Watsky turned around and flashed a final heart with his hands. The stage crew started tossing out the setlists that had been taped to the floor, guitar picks and water bottles.

I left with ringing ears and the best damn concert experience of my life.

Kirsten Magas is a third-year student majoring in English with minors in Biology and Creative Writing. KM867219@wcupa.edu