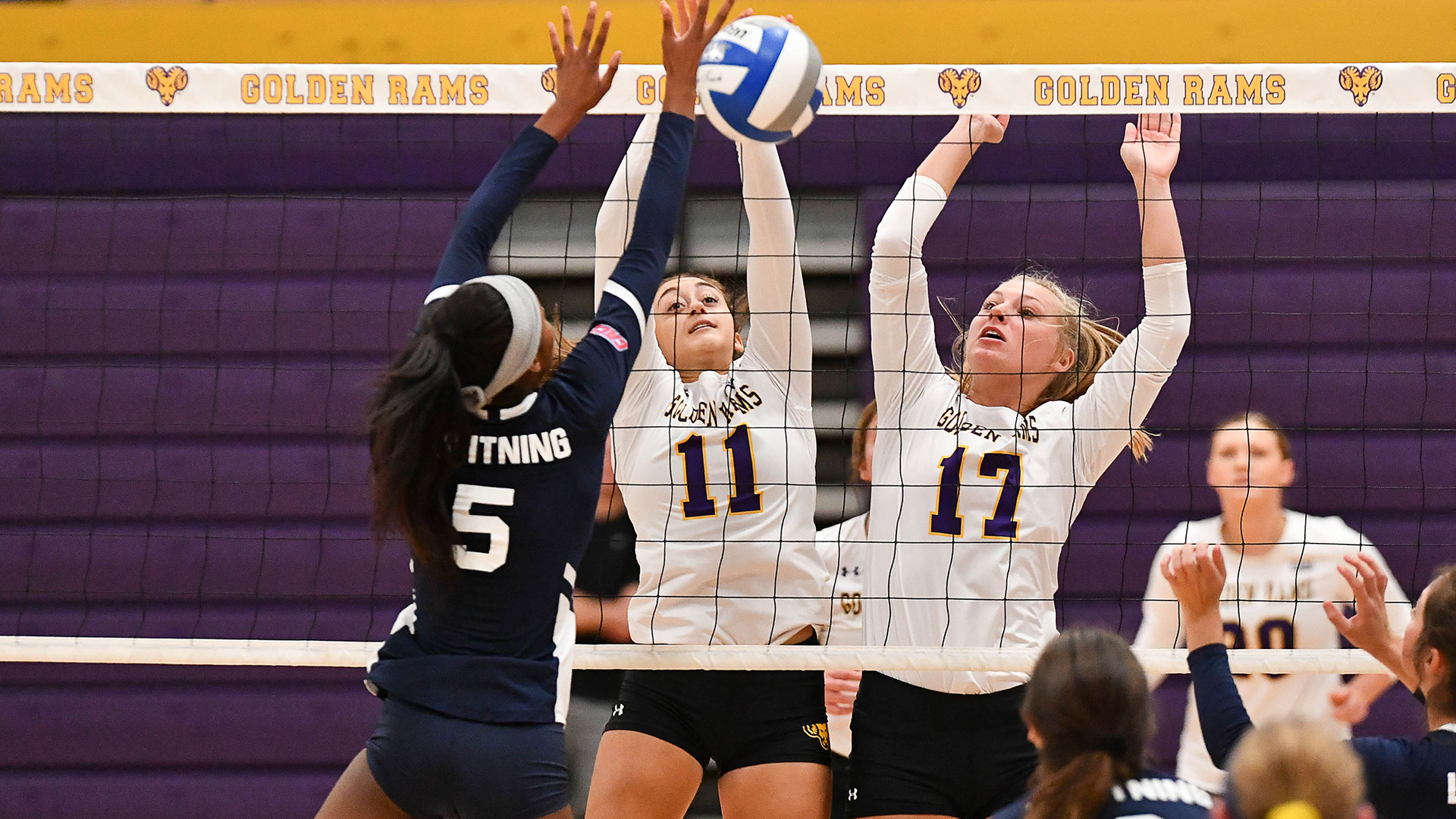 fter defeating University of Sciences and Bloomfield College to open up the Marauder Clash, WCU took on Dominican College and Adelphi University on Sept. 8.

Dominican College proved to be no roadblock to their dominance, as they fell to the Lady Rams three sets to none (25-6, 25-11, 25-17). West Chester came out of the gate keeping their momentum from the previous two contests, only allowing a combined 17 points in the first two sets. Dominican was held to a hitting percentage of -.70 percent for the match, while on the other hand West Chester had an excellent .375 percent.

Second-year middle blocker Olivia Rudjord finished with nine kills to lead the squad, followed up by fourth-year Allie Duffy with eight and Brianna Fisher with seven. Rudjord also had three blocks, tying with Jillian Grammer. Grammer also dished out 31 assists, leading the team. Nicki Yates finished in first place in digs with 14 and tied the team-lead in aces with three alongside Abbie Dischert. First-year Julia Vreeswyk chipped in an ace and an assist, while Alex Gleason added in five digs.

West Chester’s second game of the day against Adelphi resulted in only the second set lost throughout the entire tournament, as the Panthers fell in four sets (21-25, 25-17, 24-21, 25-19). WCU found a resemblance of a challenge against Adelphi, but that did not stop them from completing the four-game sweep of Marauder Clash.

Dischert led the team in kills with 15, followed by third-year Rachel Robb with nine. Dischert also added in three blocks and two assists, while Robb tied the game-high for blocks with six. Jillian Grammer was all over the stat sheet, finishing the game with an ace, 41 assists and 14 digs. Yates ended the match with 22 digs, once again with the team high. First-year Grace Whitney chipped in four blocks, and Allie Duffy contributed six kills.

Vreeswyk finished with 14 kills, followed by Duffy with 11 and Whitney with seven. Whitney had another good showing on the defensive end with six blocks, which was the game-high for either team. Robb also had another strong outing, contributing five blocks of her own. First-year defensive specialist Rachel Hutchinson served up two aces, followed by Dischert and Ahern with one apiece. Grammer had 44 assists along with four blocks on the day. Yates led the team in digs once again with 21.

After their victory over Slippery Rock, the Lady Rams took on the Edinboro Fighting Scots. This was the team’s closest scare to their undefeated record, as WCU held off a resilient Edinboro in five sets (25-11, 25-9, 23-25, 17-25, 15-13). After going up two sets to none, WCU lost a close third set which almost proved to be the turning point in the match.

Duffy finished the match with 19 kills, only trailing an opposing player for the game-high. Yates finished in first place in aces with three as well as in digs with 19. Whitney and Robb finished as the one-two combo in blocks again, with five and three respectively. Grammer was a difference maker on offense with a whopping 52 assists, while also adding 13 digs. Abbie Dischert was the renaissance man of the match, she finished with seven kills, two aces, two blocks, an assist and eight digs.