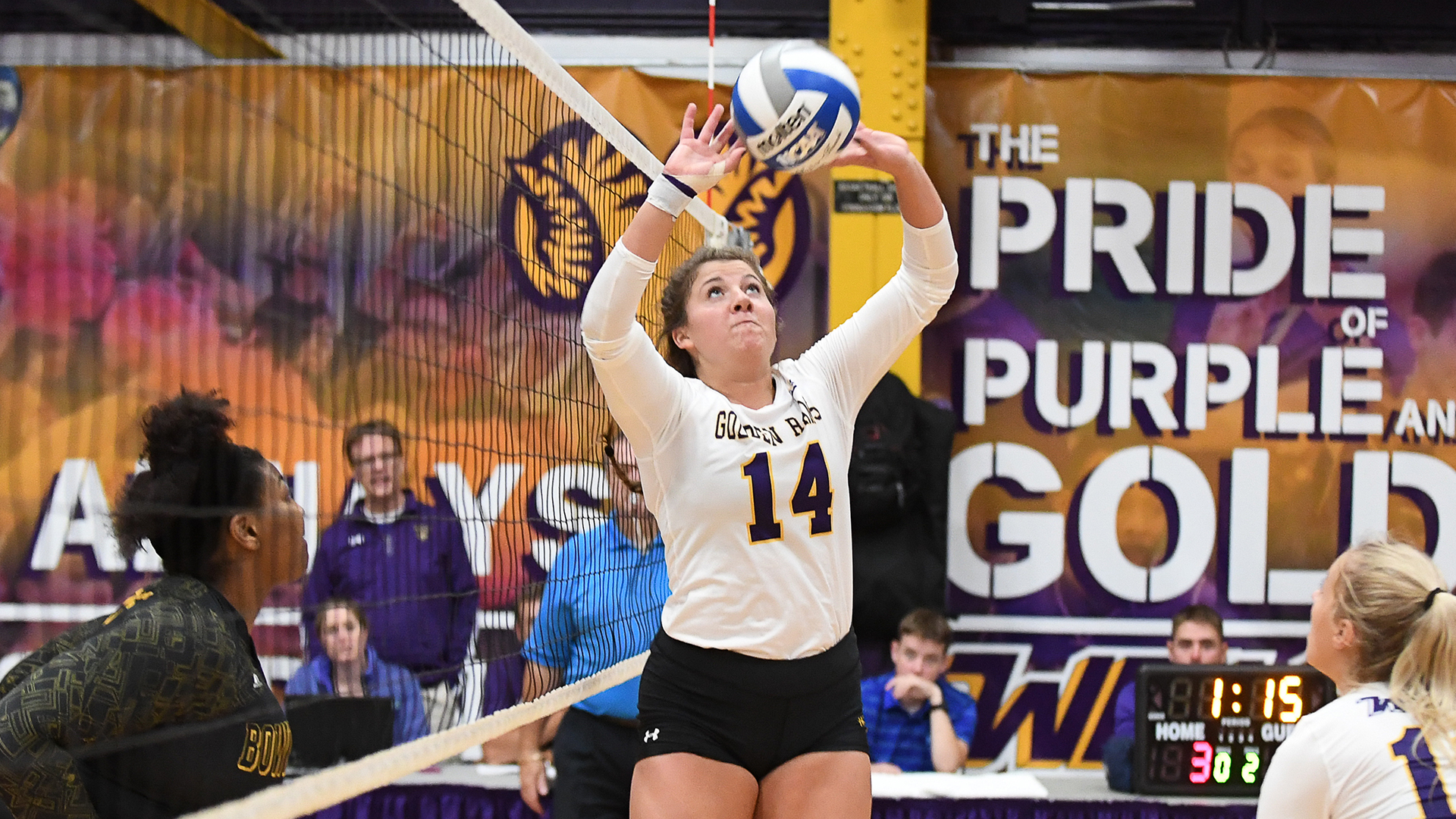 On Aug 25, the WCU Lady Rams started their season with tournament play as they traveled to Georgian Court University to face off against Bentley University. After having a combined record of 24-9 last season and receiving a birth to the NCAA tournament, the team looked to build off of their strong performance last year.

WCU put one in the victory column to start their season as they swept Bentley three games to none (25-20, 25-17, 25-16). It was an overall dominating performance from West Chester as Bentley was overrun in every category, especially in aces, as WCU had nine to the Falcons’ two.

Fourth-year Abbie Dischert led the team in kills tied with nine, along with Allie Duffy. Dischert also contributed an ace, a block and five digs along with her kills tally. Third-year Rachel Robb followed up with eight kills of her own. Fourth-year Alex Gleason dominated the serve game, as she had more than half of her team’s nine aces with five. Leading the team with two blocks is first-year Grace Whitney, proving to her team she can make a difference in their very first game. First-year Julia Vreeswyk also added a block to the stat sheet. Setter Jillian Grammer topped the assist column, just as she did all of last season with 29, the closest number to that being three from Nicki Yates. Yates led the team in digs with 18, followed by Gleason with 13.

After their 2 p.m. game against Bentley, the Lady Rams took on the hosts of the tournament, Georgian Court University. GCU found themselves swept out of their own building (25-17, 25-22, 25-20) as West Chester finished the day with a combined six sets to none. A hitting percentage of .330% for the match displayed that West Chester was in a groove, with a very strong percentage of .485% in the third set putting GCU away.

Dischert led the team in kills for the second game in a row with 17, followed by Vreeswyk with eight. Grammer had the lone ace of the match for WCU, while her 32 assists led the team again in that category. She also added three blocks to her tally, right behind Whitney, who had four to lead the team. Yates led the team in digs once again with 12, followed by Gleason with ten. Emily Ahern contributed with three assists, with Rachel Robb chipping in two blocks.

This weekend, West Chester is hosting the Ram Fest tournament, which features two games on Aug. 31 against Goldey-Beacom College and Franklin Pierce. The next day, the Lady Rams face off against Salem University and Fairmont State.