Negative pride and the allure of social justice 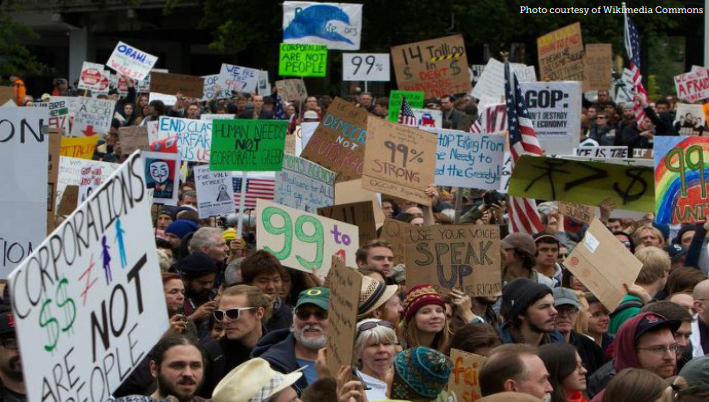 Over fifty years ago, former President Lyndon Johnson said, “You do not take a man who for years has been hobbled by chains, liberate him, bring him to the starting line of a race, saying you are free to compete with all the others.” In other words, equality of opportunity is not enough. Instead, he aimed America towards “equality as a fact and as a result.”

Ever since then, Johnson’s statement has in many ways become America’s guiding philosophy. Whether it is statistical disparities in outcomes between racial groups or between the sexes, the drive towards equal outcomes dominates our education system and our cultural institutions.

One needs to look no further than to the prominent conversations involving the gender-pay gap, systemic racism, or diversity, for example, to find a common call for “social justice.”

But what is rarely questioned or examined are the motivations behind the push for social justice, or equality of outcomes. It is necessary to ask: Is aiming at equal outcomes between groups of people done for the sake of fairness, or is it rather for the sake of a feeling of fairness?

In other words, do the policy makers behind affirmative action and the people aiming at group quotas in general chiefly want to help people, or do these policy makers simply want to feel like they are helping people?

Although it is heretical to say so, it seems that social justice is primarily aimed at making its proponents feel good, or look good, rather than at actually doing good.

People such as Thomas Sowell and Walter Williams have frequently emphasized that policies such as affirmative action, for example, actually end up doing more harm than good.

But, for proponents of these policies, it is not the actual results of the policies that matter as much as the feelings which result from the implementation of the policies.

Author Shelby Steele outlines how and why social justice attitudes and policies emerged as a logical progression of “white guilt” in his book by that same name. White guilt describes the vacuum of moral authority in our cultural institutions that was left after America came to terms with its past sins of racial injustices. But, guilt, as Steele uses the word, does not refer to actual feelings of guilt as much as it refers to the terror of being seen as a racist.

As Steele puts forth, American institutions, beginning around the time of Johnson, started aiming at equality of outcomes and implementing social justice policies in order not to be seen as racist.

In addition to Steele’s thesis, we might add male guilt—the terror of being seen as sexist. These two types of “guilt” are behind much of what we see going on today with social justice movements.

Another driving force behind movements for social justice is a condition which feminist Camille Paglia calls “presentism.” Presentism is, “An over-absorption in the present . . . which produces a distortion of perspective and a sky-is-falling Chicken Little hysteria.”

This presentism is also a type of western pride. Pride, as philosopher Gabriel Marcel puts it, “consists in drawing one’s strength solely from oneself.” Pride is “a principle of destruction” which “can be equally well directed against the self; pride is in no way incompatible with self-hate.”

Although we tend to think of pride as being a high feeling of oneself, that is not the case. Rather, pride is the state that results from making oneself absolute and thereby closing oneself off from the world.

This directly ties to Paglia’s presentism. Part of our current, unrecognized state of pride is that we have closed ourselves off from history and thereby put too much emphasis on the present.

The other part of our current state of pride is that we are criticizing western civilization to death—literally—because we are trying to justify all of our past sins by self-flagellating.

The severe criticism of the west resulted from the same vacuum of moral authority that Shelby Steele talked about. The movements for social justice are driven by feelings of hatred for the west, and these movements are encompassed by a state of pride.

What I suggest is that, instead of trying to implement “solutions” which only make ourselves feel good, we instead solve our remaining problems in due course, only implementing effective solutions, not feelings-based solutions.

Sam Dugan is a fourth-year student majoring in economics and philosophy. ✉ SD829860@wcupa.edu.

5 thoughts on “Negative pride and the allure of social justice”