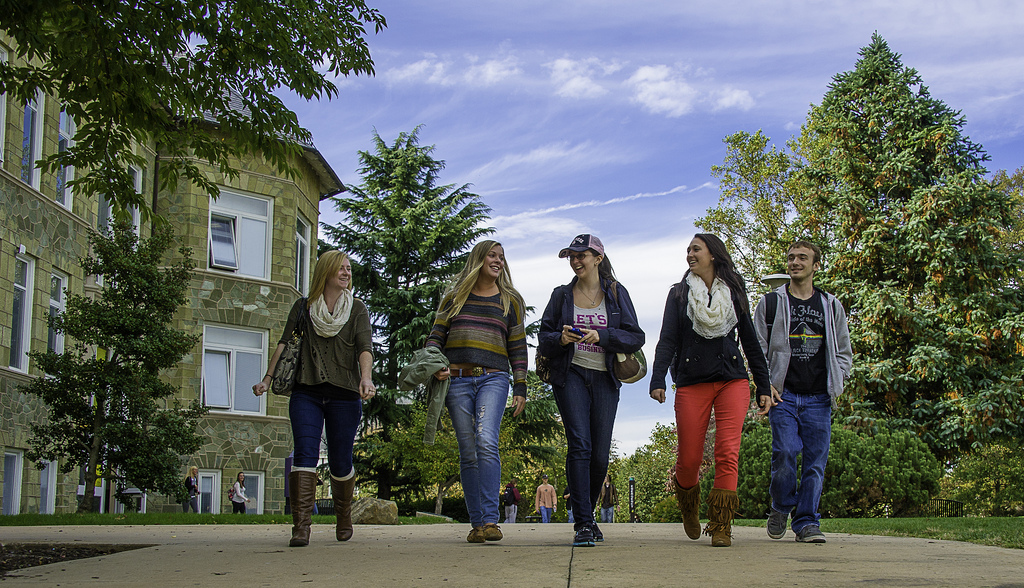 If you’re a freshman or transfer student reading this, welcome to West Chester University! We’re friendly here, so you’ll be hearing that a lot.

I hope you picked up this edition of The Quad because you wanted to, not because your mother is over-enthusiastic about you going to college and has picked up anything she can get her hands on. If she did, it’s okay. Let her do it, she’s just excited; once you’re less nervous, you will be too.

This past year was my first year, so I promise I’ll try to lead you in the right direction. You’re in good hands. Speaking of enthusiasm, I guess that fits right in with my first “do”:

Do: Be excited!
Don’t: Be nervous.

I’m sure you’re worried about whether you’ll find your class okay or where you should sit once you do eventually arrive. Don’t stress—I’ve never come across a person who has given me the evil-eye for sitting next to them or hasn’t made some sort of polite conversation before the teacher walks in.

During my first semester last fall, I walked into my first class, Public Speaking, and met my best friend, Cammy Fluri. You never know—you could be sitting next to your new best friend, so don’t be scared to just say hello. Worst-case scenario, if they don’t say anything back, just play on your phone until class starts. Speaking of class starting…

Do: Come early!
Don’t: Walk in as class is starting.

For the first few weeks, you’ll need to secure your seat in class. It’s pretty awkward when you walk in and panic in front of everyone because you can’t find a seat. Trust me, I’ve been there. Until your seat in class has been more or less established, leave for class at least 10 minutes early (unless you’re in Swope; if you’re in Swope, leave a day early. Just kidding).

Do: Go to Sykes After Dark.
Don’t: Let your upperclassmen friends talk you out of it.

Every Friday night in the building across from Killinger Hall (also known as the Sykes Student Union), there’s some sort of activity to do with your friends. Your upperclassmen friends are going to look back on it and tell you it was silly. I’m telling you now: it’s not. It’s silly to them because there are now a bunch of freshmen in the building and they feel out of place among the new kids. You, a new kid, should go. It’s a great way to meet people and get out of your room on a Friday night. Trust me, your roommate will appreciate it. Basically, if you see there’s something fun to do, go do it. You won’t regret it!

Do: Go to the Involvement Fair.
Don’t: Stay in your dorm and nap your way through it.

In early September, all these tables are going to line up in the Academic Quad. Most likely, you’re not going to know what the deal with it is because you’ll probably have forgotten about that “fair” thing your orientation leader told you about. That’s okay—I’ve got you covered. It’s the Involvement Fair!

Don’t understand my excitement? This isn’t just some fair where people approach you and ask you to join a club. No, these people will offer you food to bribe you. Take the bribe! There’s pizza and ice cream and all sorts of stuff. It’s not a waste of time and it’s a good way to find out about the clubs West Chester has to offer.

Clubs are a great way to make friends and preoccupy yourself in your free time (when it’s not Friday night and you’re at Sykes After Dark, because you’ll obviously be going, right?). There are over 200 organizations, so you’re bound to find something that interests you. Or pizza.

Let’s get these class Dos and Don’ts out of the way, shall we? The professors here are awesome, especially the English professors (I’m not biased, you’re biased).

In all seriousness, I haven’t come across one professor that doesn’t care about their students. They are all so friendly and helpful. They desperately want to help you succeed. You doing well makes them feel like they’re doing well. Not to mention, they really want to get to know you; a class full of kids who refuse to speak doesn’t just bore you, you know. A tip: check with your professor first before going to their office hours to verify their availability during that time.

I really recommend going to office hours because you’ll build a better connection with your professors. I’ve gone to see a professor during office hours not liking them when I entered and coming out loving them. True story.

However, I’m not saying to go just to chat. Different professors have different feelings about unrelated-to-class chitchat. I’d venture to say most of them are a little too busy, so try to stay on topic when you’re in a professor’s office.

Casey Meyer is a first-year student majoring in English writings track. She can be reached at CM873291@wcupa.edu.