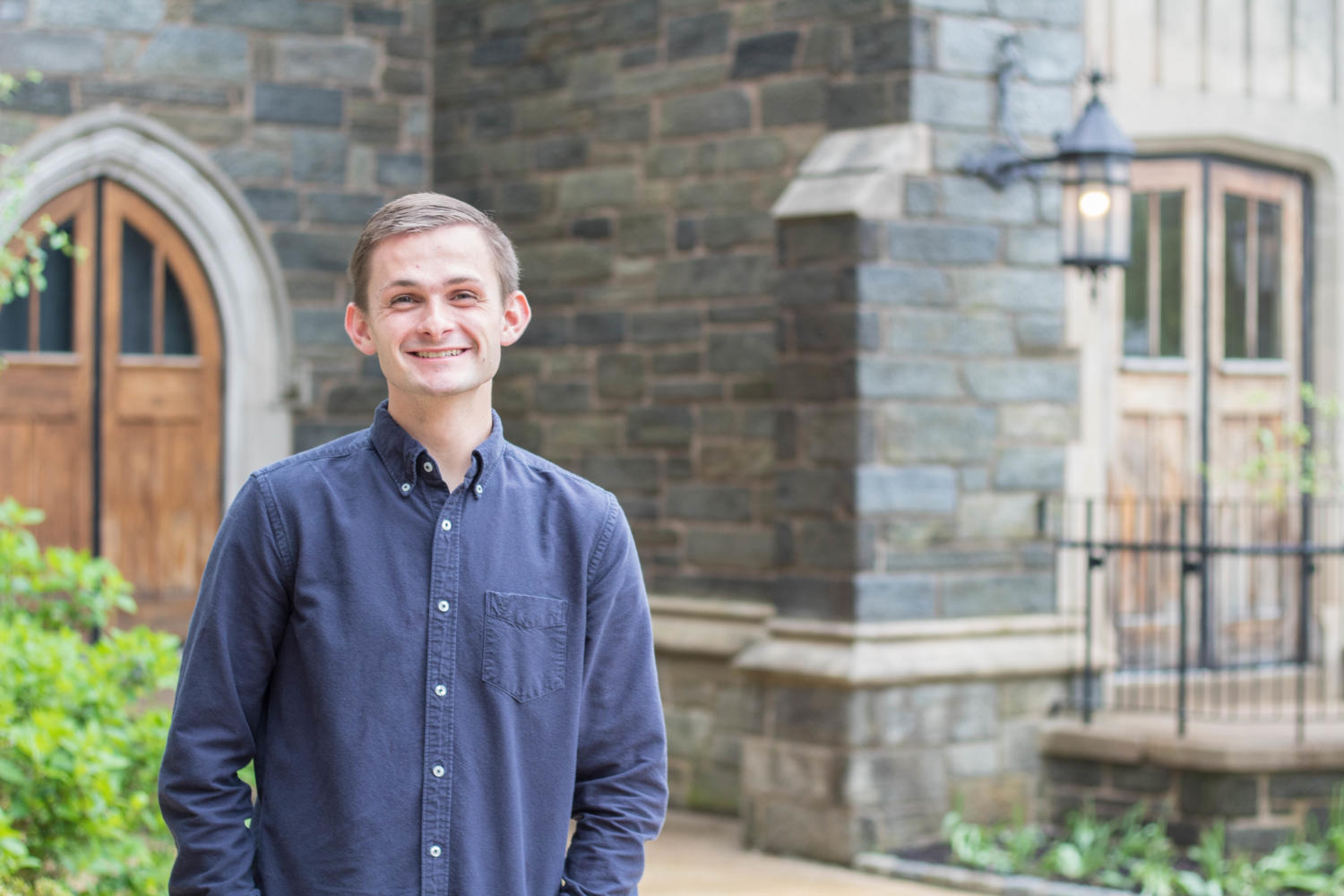 Ryan Long is a 21-year-old dual economics and finance major here at WCU, and the newly elected president of the Student Government Association, an organization that represents all 17,000 of WCU’s students.

“I transferred to West Chester last spring, so I’m coming up on a full year. When I arrived, I did my best to be as involved as I possibly could be in the community. As soon as I transferred, I went to the first SGA meeting that I was able to attend and was able to run at that meeting. I remember how sick I was that night; I had such a bad head cold that I could barely get my words out. That night, I was elected to the position of Advancement Senator.”

For Ryan, choosing WCU was a “no-brainer.”

“When I graduated from high school, I was uncertain of what I was looking for, and so I stayed at my community college for an extra year. During that time, I was looking around, trying to pinpoint what I wanted in a school. Ideally, I knew I wanted to find an institution in the PASSHE system. I looked at different schools like Bloomsburg and Shippensburg, but when I visited West Chester, there was that point of realization where it just kind of hit. I thought ‘wow, this is everything I’m looking for.’ It was a multifaceted decision, and it became a no-brainer.”

Ryan is equally excited as he is prepared for his upcoming position as the President of SGA.

“Truthfully, I’m hoping that this position is going to be the culmination of all of the experiences that I’ve had on West Chester’s campus. I’ve had the opportunity to understand the inner workings of the Student Government Association. During the time I’ve been here, I’ve gotten to see some of the things on campus that work really well, some of the things that don’t work so well, or areas in which we can improve upon or maybe grow out a little more than we’ve done. Having developed the professional working relationships that I’ve had with a number of university officials, I thought that would poise me towards some of the change that we need to see.”

When asked what his favorite thing about WCU is, it took him a (long) while to decide on just one, but he eventually came to this conclusion:

“I think my favorite thing is the diversity of interests within our student body. There’s over 300 different organizations on campus. There’s an organization for just about everyone. Our school provides students with incredible opportunities to form relationships with other students of similar interests while also providing opportunities for individuals to discover new interests. It’s a great place for students to find new interests or meet people with common interests. The vibrancy that comes from a university with 17,000 students, I think that’s my favorite thing about this campus…and the pizza places.”

Katherine Mash is a second-year student majoring in communication studies with a minor in computer science. She can be reached at KM854840@wcupa.edu.