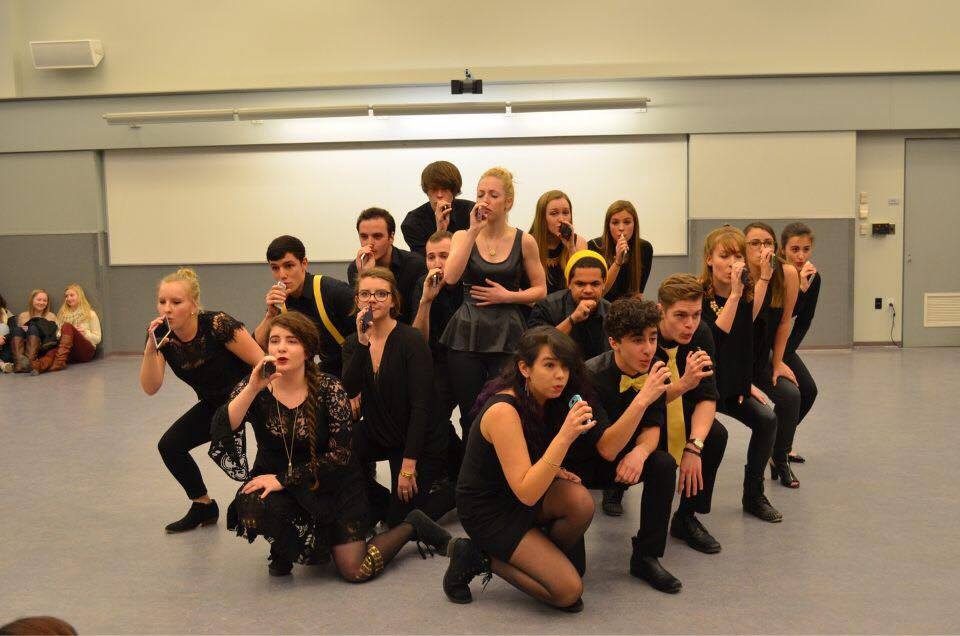 On Saturday, Feb. 13, West Chester University A cappella perfomed at the International Championship of Collegiate A Cappella (ICCA) quarterfinals held at Temple University for the Performing Arts.

Orignally known as the National Championship of Collegiate A Cappella, the ICCAs are held once a year.

There are many different groups on campus who specialize in a cappella performance. This year, WCU was represented by two on-campus a cappella groups: High Street Harmonix, an all-male group, and Under a Rest, a co-ed group.

On Friday, Feb. 12, these two groups held a preview night open to students at the university to show off the performances they’ve been working on before they left for the competition at Temple University.

Both groups have been working since the spring of 2015 with weekend long and late night rehearsals that would last for hours where they would practice their vocal parts and choreography.

Out of the 12 groups from different schools, Under A Rest earned itself third place, as well as being awarded two specialty awards for Best Choreography, which was done by sophomore Bri Decerio, and Best Arrangement, which was created by sophomore Chris Cropper.

“This is huge for us,” said sophmore Meghan Reed, a member of Under a Rest. “We were the youngest group at the competition since we just formed. We even came close to moving on in the competition. We consider this amazing recognition for our group.”

Although they spent most of their time working, Reed says the experience as a whole was unforgettable.

“I cannot imagine my life without this group and these people,” said Reed. “We have become a family without even realizing it. I would do anything for anyone in the group, and I can’t wait to spend rehearsals working our butts off together to create music with each other.”

Alyssa Thomas is a sophmore studying nutrition and dietetics. She can be reached at AT824712@wcupa.edu.