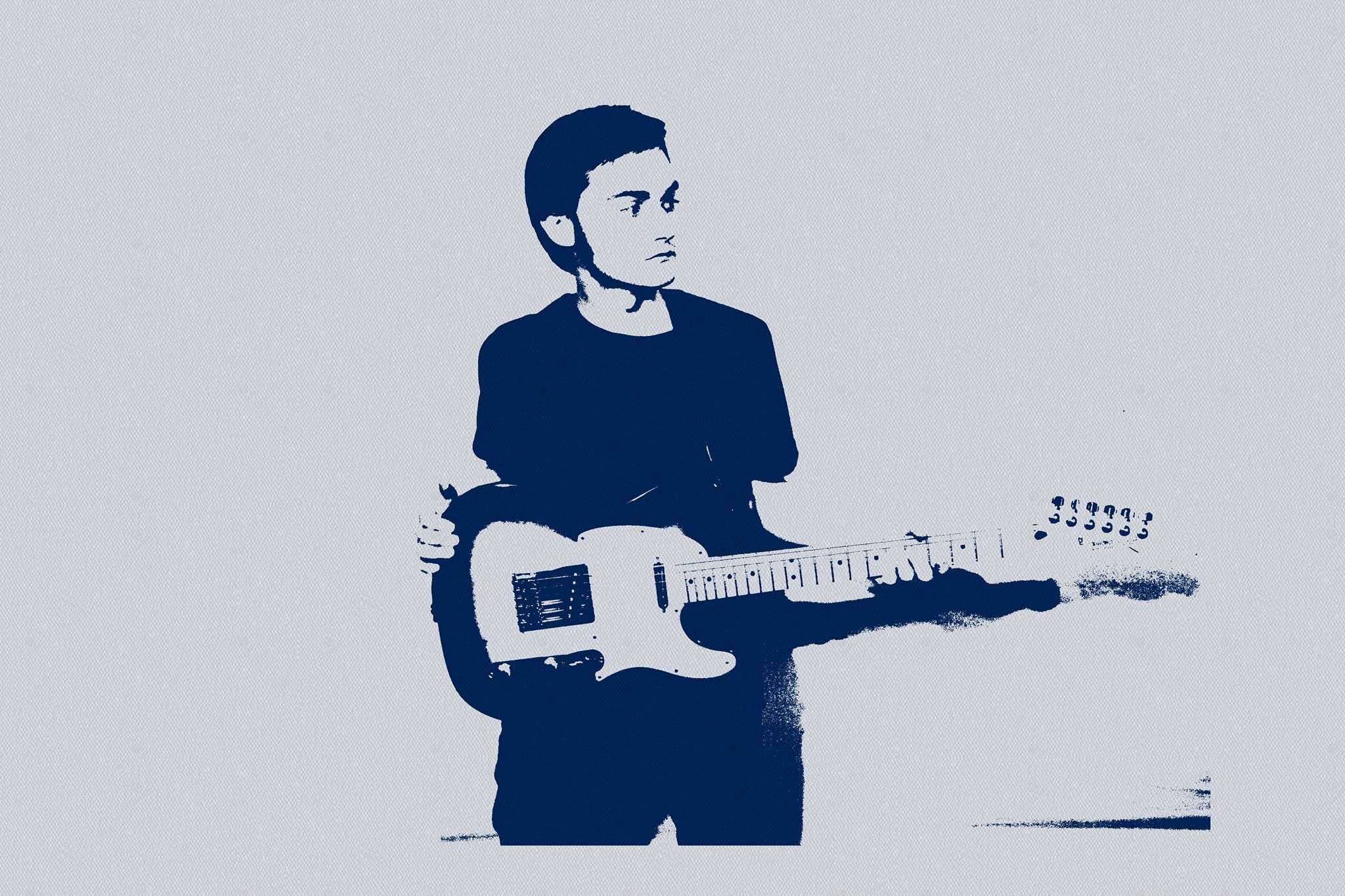 West Chester University student Michael Trycieckyj has spent the past year writing, collaborating, recording, and mastering a full-length album of indie rock under the name Trycheck. The sophomore and music major performs a balancing act between indie pop and his classical roots, employing instrumentation from twangy guitar to romantic strings. The following is a brief interview about “From Where I Stand, the Sky is Falling,” his first full-length record.

What are your musical influences and how do they affect you, both performing and composing?

As far as artists inspiring the indie rock of “From Where I Stand, the Sky Is Falling” go, I find that the album has traces of influence from the music I was listening to while writing. Groups like Death Cab For Cutie, The Whitest Boy Alive, Hozier, and Ben Folds come to mind first. Now as a musician and a student of music, I strive to be well-rounded and open to the endless amount of music that exists. Putting my iPod on shuffle will bring up names like Aerosmith, John Coltrane, Eric Whitacre, Philip Glass, Kanye, or Björk, just to name a few. I try at the very least to have an appreciation for a wide array of music and the artists behind them. There’s much to be learn from what they do.

As a performer, I’m a studying classical and choral singer, jazz vocalist, alternative rock bassist, and violist. I find a lot of these ideas sneaking their way into my own music, consciously or otherwise. For example, choral music has definitely influenced the way I create vocal harmonies and textures. Meanwhile, my understanding of jazz has changed the way I look at chords and how I can use them in the songwriting process.

How do you go about your composition process?

As I was writing this album, I made the conscious effort to write these songs with one instrument, either piano or guitar. I put a lot of emphasis on the songwriting process at its simplest form. I figured that if the bare song could stand on its own, then there was a better chance that it would work once I had arranged and produced it. A majority of these songs started out as instrumental fragments that I came up with while messing around with chord progressions on piano or guitar. Once I found a match, I’d pair them with lyrical ideas that I had written down and then I’d develop the song from there. My best ideas seem to come at unexpected times, be it while going on walks, cutting grass, or sitting in class.

After I had the bare-bones song, I’d move to the computer and start working on demos. With this album in particular, a lot of the arrangement ideas came from me jamming on top of my demos and layering ideas that came to me while recording. Most of the demos ended up becoming the final product after a lot of trial and error. With this album, I was constantly listening back to demos and rough mixes, always looking for ways to improve them. Although it can be a very arduous and isolating process, I’m able to make music that is my “voice” from the initial inception to the final product you hear on the CD. I think it really serves as representation of who I am, not only as a musician, but as a person.

Are there any long-term goals for Trycheck?

To me, Trycheck is the nickname I use to release music because Michael Trycieckyj has proven to be too difficult to spell or pronounce. I realize now that “Trycheck” is specifically associated more with this solo project of mine, and as far as Trycheck’s music goes, making an entire full length album proved to be a very rewarding but challenging process over the course of this past year.

Aside from this project, I play bass in the Philadelphia-based alternative rock band Andorra. We’re always trying to find ways to keep busy and we have a few shows lined up for the remainder of the year including the World Café Live and the Xfinity Live Center with Radio 104.5. We also have plans to begin recording new material this winter in hopes of a new release within the next year or so.

In addition to that, a very good friend and frequent collaborator/conspirator and I are talking about putting together an indie-electronic type project. We’ve experimented with trading off MIDI files and lyrics to each other and then writing based off of those. We’re talking about trying more songs like that and now that the Trycheck album is done, I can focus some more of my creative energy there, which is exciting and new.

What do you think of the local music scene here in West Chester?

The West Chester Music scene is one I’m still trying to get a grasp on. I’ve found that there is huge host of talent in and around this town but it’s harder for an underage guy like myself because it seems to be heavily based in the vibrant bar scene. I’d love to see some more activity going on around here though and we’re definitely trying to get Andorra to make its way into town sometime soon. It’s been a little tough lately because music venues are really struggling these days. I know one prominent WC venue, the Note, closed down not too long ago. It’s a problem that has been going on in Philly too with cool places like Dobb’s and the North Star Bar closing their doors within the last few months. Nevertheless, local music is completely built on supporting your fellow artists and hopefully that mindset can keep spreading regardless of the local hardships.