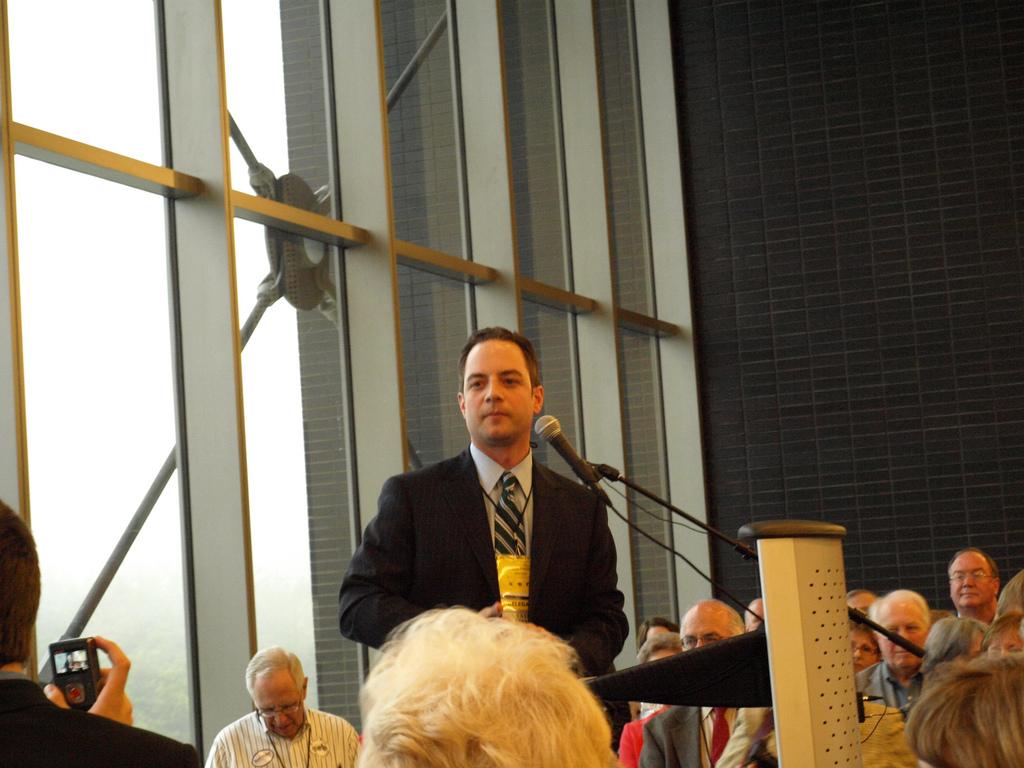 Eleven of the GOP Presidential candidates took the debate stage to face off for the third time at the Coors Events Center at the University of Colorado in Boulder, Colo. on Oct. 28.

CNBC broadcasted the debate that was titled “Your Money, Your Vote,” where the moderators focused on policy related questions, such as job growth, taxes, technology, retirement and the condition of our national economy.

The debate was originally scheduled to last for three hours, but after demands to shorten the debate from front-runner candidates Donald Trump and Dr. Ben Carson, CNBC agreed to air a two-hour debate.

“I talked to economic advisers who have served presidents of both parties,” said Harwood. “They said that you have as much chance of cutting taxes that much without increasing the deficit as you would of flying away from that podium by flapping your arms.”

On a night where 14 million American viewers tuned in to watch a debate that was supposed to focus on economy policy and substance-filled responses, the night continued on with “gotcha” questions from the moderators.

However, this provided an opportunity for candidates on the stage to point directly to why the American people have lost trust and disapprove of the mainstream media in America.

In the past two GOP debates, candidates spent much of their allotted time criticizing others on the stage. On this night, the candidates seemed to unite as one and turned on the CNBC moderators rather than themselves.

Senator Ted Cruz said the moderators’ questions “illustrate why the American people don’t trust the media.” Cruz’s remark on the media was followed by cheers of approval from the audience.

Former Governor of Florida Jeb Bush was in search of a successful night as his campaign was showing signs of financial troubles. Bush took his chances at criticizing fellow GOP candidates starting with Trump and his tax plan, and he later moved onto Rubio with questions as to why he missed so many votes in the senate.

Commenting on Rubio’s time as senator of Florida, Bush said, “You should be showing up to work. What is it, like a French work week?”

From the start of this year until Oct. 22, Rubio has missed approximately 33.7 percent of Senate votes. In defense of his voting record, Rubio said, “In 2008, Barack Obama missed 60 or 70 percent of his votes, and the same newspaper endorsed him again. So this is another example of the double standard that exists in this country between the mainstream media and the conservative movement.”

The debate, however, did expose a difference between the GOP candidates concerning the status of social security benefits. Chris Christie, Rand Paul, Jeb Bush, and John Kasich, who are all in favor of raising the retirement age and means test, argued with Mike Huckabee and Donald Trump, who said there is no need for benefit cuts.

Republican candidate Carly Fiorina, whose poll numbers have seen a recent decline, created some energy for herself during the debate by insisting that GOP voters admit that they want to see a fight night between her and Democratic candidate Hillary Clinton.

“I’m Hillary Clinton’s worst nightmare,” said Fiorina. “In your heart of hearts, you want to see a debate between Carly Fiorina and Hillary Clinton.”

“While I was proud of our candidates and the way they handled tonight’s debate, the performance by the CNBC moderators was extremely disappointing and did a disservice to their network, our candidates, and voters. Our diverse field of talented and exceptionally qualified candidates did their best to share ideas for how to reinvigorate the economy and put Americans back to work despite deeply unfortunate questioning from CNBC.

“One of the great things about our party is that we are able to have a dynamic exchange about which solutions will secure a prosperous future, and I will fight to ensure future debates allow for a more robust exchange. CNBC should be ashamed of how this debate was handled.”

With different criteria to meet, neither Huckabee nor Christie qualified for the prime-time debate.

Hosted by the Fox Business Network, this debate will focus on jobs, taxes and the economy.

Kevin Harper is a fourth-year student majoring in professional studies with minors in political science and journalism. He can be reached at KH818254@wcupa.edu.