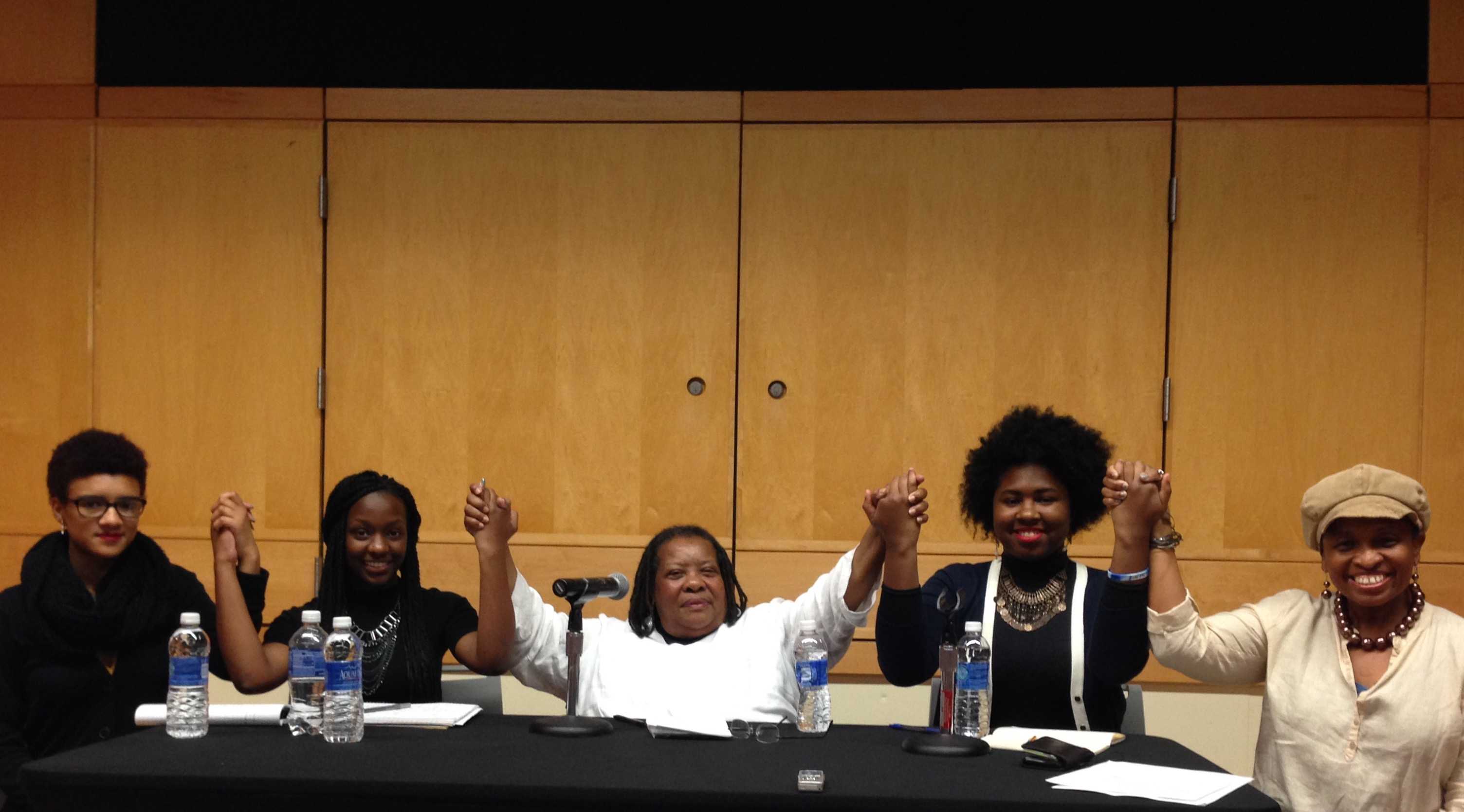 Dr. LaTonya Thames-Taylor, associate professor in the Department of History, kicked off the seminar by asking, “Ready for the revolution?”

The crowd, ready to become educated in changing standards of racial equality on campus, responded, “Always.”

Dr. Sales spoke on a wide variety of topics, from current racial injustices to the 2016 presidential election. Dr. Sales also gave her definition of faith.

“Faith is to keep going without evidence that there will be change,” explained Dr. Sales, as she encouraged the audience to be persistent in their fight for justice and equality. “Have the faith to imagine a new world when everyone tells you that is not possible.”

In giving advice on becoming involved in activism, Dr. Sales encouraged the audience to read and think deeply about issues in order to build a higher state of consciousness.

“Think about how you want to articulate what is in your soul,” said Dr. Sales.

Among the many voices that inspired her throughout her activist journey were Audre Lorde and James Baldwin. Specifically, she explained how she deeply resonated with Baldwin’s collection of essays called “Nobody Knows My Name.”

Dr. Sales shared stories of her experiences throughout the civil rights movement. As a teenager, she spent time in Lowndes County, Alabama, which was nicknamed “Bloody Lowndes” for its infamous hate crimes and racial resistance.

“Despite everything we went through, I would not change the journey,” said Dr. Sales. “You didn’t go in the movement and come out the same.”

Dr. Sales also shared that her parents often worried for her safety, but recognized the importance of her work in the movement.

“If not my child, whose child?” her mother once said.

The tales of her oppression reverberated deeply with many of the students in attendance.

Brandon Thompson, a freshman African-American student, was moved by the event.

“After this seminar, I feel empowered to become more active in the black community at West Chester,” said Thompson. “Dr. Sales is a living example of why it is so important for us to speak up about these injustices, in order to make necessary changes to our world.”

Domonique Lindsay, a leader in the university’s black community and one of the student panelists for the event, had a chance to speak with Dr. Sales on a more personal level.

“Ruby was inspirational in her humility and wisdom,” said Lindsay. “She challenged the audience in what she said instead of letting us just take what she said as the word. She inspired us to educate ourselves and to come up with our own morals and beliefs.”

In answering each question, Dr. Sales was very particular in her wording. When someone asked about the rebellion in Ferguson, she corrected her inquirer, explaining that the events in Ferguson were not rebellion, but resistance.

Later, she distinguished between the terms “white privilege” and “white supremacy.”

Dr. Sales continues to fight for the movement, seeking equality on all levels.

Presently, she is focusing on a report of policing in the black community, including over 2,000 names of black Americans who fell victim to state-sanctioned murder.

Additionally, Dr. Sales is implementing a march in Washington D.C. during 2016 titled “Hands Off Our children” in the hopes of raising awareness about the injustices and mistreatment of African-American youth.

To conclude the seminar, Dr. Sales encouraged the audience to rise and join hands in singing “We Shall Overcome.” Students united and sang the hymn, reflecting on the talk.

At the end of the event, Dr. Thames-Taylor asked, “Ready for the revolution?”

Anne Subach is a first-year student majoring in marketing. She can be reached at AS842689@wcupa.edu.