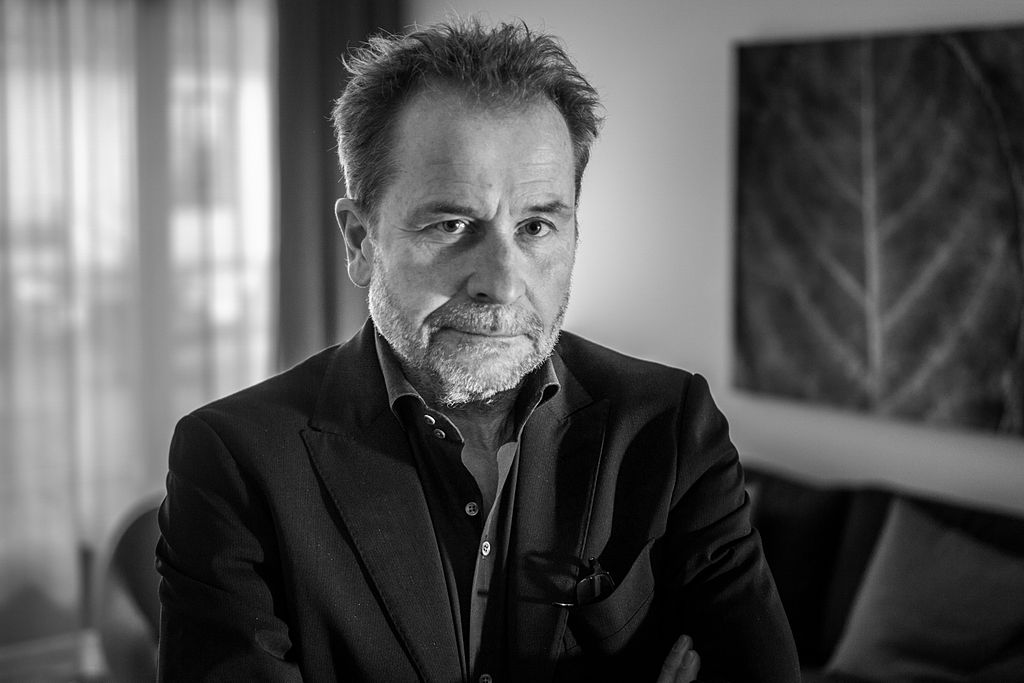 Ever since the Venice premiere of Severin Fiala and Veronika Franz’s “Goodnight Mommy” (2015), the up-and-coming Austrian filmmakers’ psychological endurance test has been building up buzz as the movie that can turn a jaded, hard-edged seen-it-all into a quivering, thumb-sucking baby. An early review from a critic of AV Club cited the experience as “pure nightmare fuel.” The film’s insidiously depraved trailer, which quickly became somewhat of a viral sensation overnight, had many convinced in its potential to knock us backward with its demented intensity. But does it?

“She’s not like our mother..” says a concerned Elias. In response to the ghastly revelation that the woman residing with them may not be who she says she is, the brothers form an allegiance to uncover the potential imposter underneath the mummified bandages. From this point, “Goodnight Mommy” travels down harrowing avenues that may or may not be desirable depending on the viewer. The movie ought to come with a warning label.

Genre-enthusiasts will take “Goodnight Mommy” extremely seriously for two reasons: it’s artsy and it’s a foreign horror film with subtitles. Despite this, I’m still not entirely convinced the film would be in the spotlight right now if it weren’t for its festival hype. The film draws indistinguishable visual cues from fellow Austrian auteur filmmaker Michael Haneke, “Funny Games” (1997, 2008) “Cache” (2005) “The White Ribbon” (2009), “Amour” (2012), though doesn’t quite possess nearly as much of his icy intellect. Thematically, it’s still got a lot to chew on, a lot of cockroaches to be exact, as well as some enigmatic acknowledgments to Catholicism, but overall is pretty standard fare when it comes to scares. Exploring cultural obsessions with surfaces and vanity, we learn early on that mother is a recently divorced TV show hostess who may be suffering from body dysmorphia disorder (once again this all ties back into “the accident” that is kept from us in cryptic fashion until the film’s final ten minute stretch). When her passive-aggressive behavior turns borderline abusive, we witness her flee to the forest to commit some bizarre ritualistic acts that may just be a red herring as to what’s really going on. A lot of “Goodnight Mommy” is one colossal smoke-screen that, regardless of the narrative puzzle pieces fitting into place once the end-credits appear, is meant to make you feel left out in the dark on the first viewing. It’s a film that demands to be watched a second time, and only then can it be made complete sense of. Truthfully, I’m not sure this is a film many would watch again.

Not only can “Goodnight Mommy” feel prolonged and unnecessarily indulgent in its overuse of silence, but it comes fairly close to glorifying its sadism, something its extremist cinema counterparts, “Irreversible” (2002), “Enter The Void” (2009), “Kill List” (2011) are not guilty of. To see the film resort to lingering on cheap torture tactics in its third act was a disappointment, especially when the violence is so off-putting because it serves not much meaning other than to make one physically ill. Fiala and Franz waste time reveling in brutality to an excess to the point where the film is more prone to be deemed as exploitation, rather than art, which is not necessarily looked down upon by me, but I personally desired a picture with more brains and psychological frights rather than an overflow of ruthless and senseless mutilation scenes. Moreover, like Jonathan Glazer’s sci-fi art horror film “Under The Skin” (2013), the picture comes to be a little too self-assured regarding its lethargic pacing, making the experience feel tedious in getting to the point.

With all that said, “Goodnight Mommy” is still a competent outing within its genre, calling into question the blurred line between art and exploitation, often maintaining a steady sense of malaise throughout its runtime. Like this year’s “It Follows,” a film I reviewed a few months back that I was admittedly too generous towards, “Goodnight Mommy” must be commended on the fact that, for all its toying with the possibilities of the paranormal and occult, the films real horror exposes itself to be about something much more mundane and earthly. Proceed with caution.

If you’re searching for more artsy-horror flicks, also keep an eye out for Robert Eggers’ “The Witch” (2015), which is also building early festival word-of-mouth to be just as unsettling as “Goodnight Mommy.”

Rob Gabe is a fifth-year student majoring in communication studies. He can be reached at RG770214@wcupa.edu.