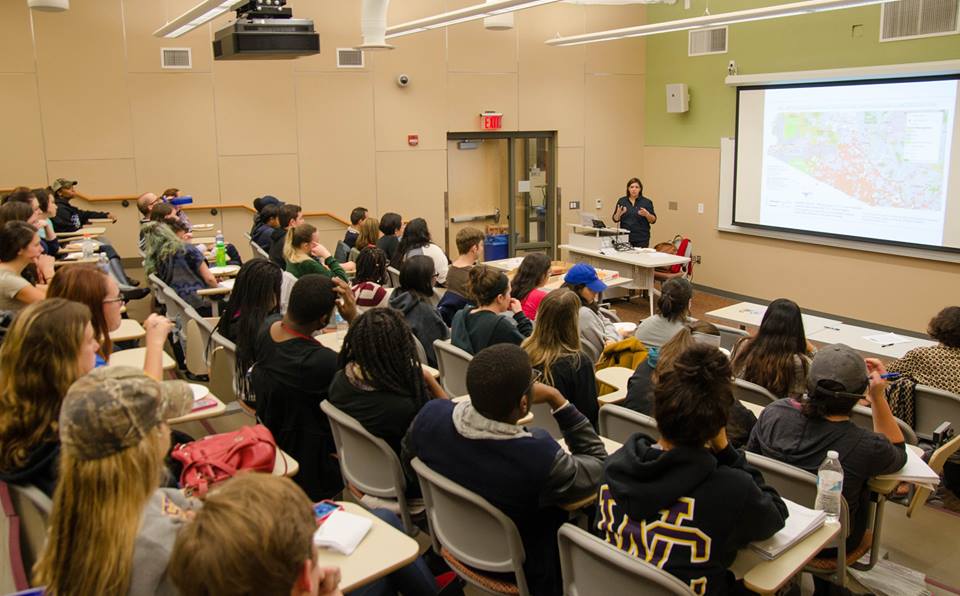 In one of the final scenes of “Who is Dayani Cristal”, a character says, “As I understand, the United States is investing billions of dollars on that wall. Why invest in something that is inanimate? It’s a dead investment. Why not invest in human beings?”

It depicts a teary-eyed and trembling Delver Antonio Sandres-Turcios, the once resolute brother of Dilcy Yohan, breaking down upon arrival of Yohan’s corpse, struck by a fatal illness and found in the deserts of Arizona, flown in border after border back to Honduras, the same borders he laboriously transversed by raft, train, and foot, the exact borders that led to his ultimate demise.

“Why not invest in human beings?”

And this, in a very crude nutshell, is the point of the final film screened on the rainy night of Oct. 28 in Mitchell Hall Room 102 at West Chester University-concluding a month long showcase of New Wave Spanish films carrying a myriad of social themes including violence, racism, sexuality, illiteracy, body image, and old age.

Organized by Iliana Pagán-Teitelbaum and Megan Saltzman, assistant professors in West Chester University’s Languages and Cultures department, WCU’s First Spanish Language Film Festival has helped to expose students to contemporary social issues and offer a glimpse into a variety of cultures, their struggles, and what can be done to ease and prevent the daily needless suffering to those seeking a better life.

Packed to the brim with a sensitive and engaged audience, Daniela Johannes, assistant professor of languages at WCU, presented “Who is Dayani Cristal” with careful consideration, thought and hope – inciting the auditorium to echo her inquisitive, sympathetic tone.

“What this movie does is try to humanize the dialog on immigration,” explained Professor Johannes as she projected an infographic map depicting migrant deaths in Arizona by natural causes.

“In 2001, there was a strategic plan by border patrol to secure the points of entry that were more safe… in El Paso, Tucson, and San Diego,” Johannes explained, forcing people to cross through more inhospitable terrain and leading to over 2000 migrant deaths in the past decade.

These “strategic” efforts from the United States government proved not to make migrants less likely to cross the border, but rather increase the risk of fatality in their attempts.

Given the mounds of statistics on immigration, it’s easy to reduce discussion on the subject to a mere numerical value, nameless and anonymous data fueling the ever-growing evidence against current immigration law.

This quasi-documentary, which incorporates fictional elements with the cold reality of a migrant’s journey, furthers the dialogue by attaching an individual, a family, researchers, and celebrity presence, actor Gael García Bernal (“Y Tu Mama Tambien” star), to these even colder numbers.

This film puts a face on the issue and, as Professor Johannes proclaimed in reference to Bernal, “we have a great face.”

“Who is Dayani Cristal” follows three narrative strands, all aimed at piecing together the background of the Honduran migrant worker, Dilcy Yohan, who died trying to cross into the United States.

In one, director Marc silver and his film crew follow Arizona forensics workers’ efforts to identify a dead man in the Arizona desert whose only form of identification is the tattoo “Dayani Cristal” on his body.

“For me it’s very frustrating knowing that somebody had a dream. But they ended up being a number. A statistic,” said Lorenia Ivon Ton-Quevedo of the Protection Department in Tucson, Arizona.

Another narrative features accounts from Yohan’s family, showing the life and people he left behind and why he was willing to risk everything to support them.

In the third, semi-fictional story, Gael Bernal uses his charisma and fame to raise awareness about the realities of immigration by tracing the path forged not only by Yohan, but many immigrants alike.

Along the way, he meets real people in midst of their voyage who recount their own stories.

Aboard La Bestia (“The Beast”), a network of trains used by migrants to quickly and dangerously scale the state of Mexico, the film shows the harsh reality of migration and the great dangers many are willing to endure in pursuit of the United States.

In one shot, the camera lingers on man aboard wearing a hat with “U.S. Border Patrol” etched across, demonstrating the resilient, good-natured, and unwavering spirit of these immigrants despite adversity.

Gael Bernal’s path leads him to Hermanos en el Camino (“Brothers in the Road”), a Mexican shelter that provides aid and refuge for Central American migrants as they cross the region into America.

“Migrants are not a threat, they are an opportunity. They come with values and great things to offer. They are like rays of light shining on the things we must change,” said director of “Brothers in the Road” Padre Alejandro Solalinde.

The film ends on a pan of the Arizona border, music playing as the camera expands outwards, ever so slowly, revealing the great expanse of wall, then quickly cutting to the saddened family, a portrait of Dilcy Yohan held in the middle.

Most of the bodies found on or close to the border are never identified. And those who do make it into America still have to live silently as an ‘alien’ perpetually fearing imprisonment or deportation.

The term “alien” is the creation of policymakers and lawmakers with an agenda who make their living devising terminology that carries undertones of “they don’t belong.”

Today’s aliens are yesterday’s immigrants. By any name, they have always come to America in hope to escape their impoverished origin and seek opportunities available to them only through the dangerous voyage to the “promised land.” Their unrelenting passage through the border has always been a bone in the throat to those who revere traditionalism, authority, and nationalism. Though applicable throughout the world, this has been especially true in America, which has a weird tradition of honoring the immigrants of yesterday and jailing or deporting the ones of today.

Who is Dayani Cristal? Dayani Cristal is the final piece of the puzzle that brought Dilcy Yohan home, the name of his daughter tattooed to his chest that tied him to a visible life of family, friends, and people who cared. Yohan is one of the few immigrants granted a name and face in a land where so many, dead and alive, remain invisible.

Dimitri Kandilanaftis is a third-year student majoring in communication studies with a minor in journalism. He can be reached at DK838967@wcupa.edu​.