Eagles should take a risk on Brett Hundley 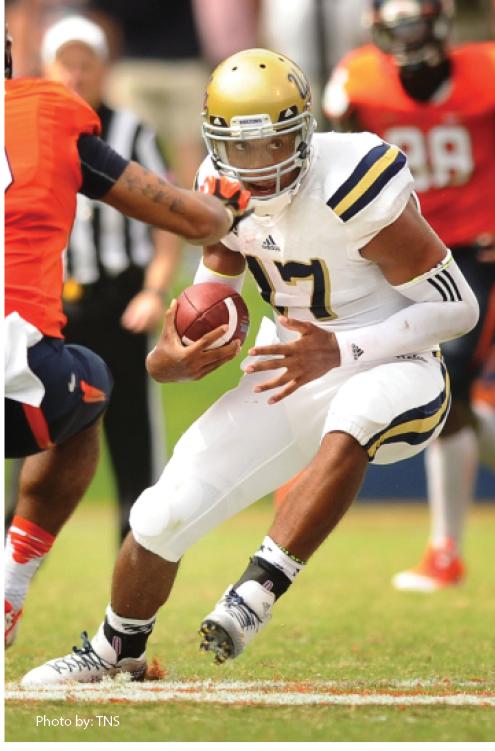 When Nick Foles and Mark Sanchez were atop the Eagles’ depth chart, a potential reunion of Marcus Mariota and Chip Kelly made some sense. Foles was dubbed a one-hit-wonder and Sanchez was fizzled down as the season climaxed, which put Kelly and the Eagles in a desperate situation. This, in turn, allowed them to call for more desperate measures.

That desperate situation is over. The Eagles parted ways with Nick Foles and a second-round pick to get the man with the combustible leg, Sam Bradford. His presence doesn’t mean the addition of a quarterback is out of the question — we’re talking about Kelly here, the guy who added Ryan Mathews after adding DeMarco Murray in an NFL climate where good running backs can be had for cheap. Kelly won’t be able to help himself if a big-bodied quarterback with solid athleticism and a strong arm falls to the beginning of the second round. This time, I’m not talking about Mariota. It’s time to consider a scenario where Kelly sheds his Oregon-vision goggles, and targets a non-Ducks player, Brett Hundley.

Hundley on paper is undoubtably a poorman’s Mariota. If the Eagles are comfortable with that, and it’s rumored they are, then they don’t need to shell out assets for Mariota. The Bradford trade seemed to prove that Kelly is operating under the assumption that Mariota isn’t going to fall to a tradeable spot in the NFL Draft. There’s little chance Mariota makes it out of the Top 6. Come draft day, anything can happen. But let’s face it: if Blaine Gabbert can go in the Top 10, so can Mariota and unless there is a bizarre 2011 NFL Draft rerun, Hundley is almost guaranteed to fall out of the Top 20. He’s probably going to slide into the second round, despite his own projections, which is where the Eales could still find him.

Hundley is way too raw to go in the first round. And the reason he’s still so raw is that he’s a developmental stick in the mud. This should be troubling enough to keep teams away on the first day of the draft. Admittedly, NFL teams have a hard time sitting on their hands, when it comes to quarterbacks with incredible and incredibly raw skill sets. So with picks at No. 20 and No. 54, the Eagles would be smart to move around, but it’s a much easier process than the move for Mariota which would be like trading a 30-rack of PBR for a microbrew which in the grand scheme of things is just not worth it.

Hundley could be a perfect fit for Kelly’s system, because his undeveloped skills mean that Kelly can mold him. He’s a blank slate, and Kelly can write his story however he likes. So the arm, the legs are perfect for what Kelly desires in a quarterback. His football knowledge is still limited, and perhaps Kelly likes the idea of filling a new vessel with his football philosophy, kind of like what Bill Belichick did with Tom Brady. An impressionable youngster isn’t always a bad thing, so long as you make the right impression.

[pullquote]Hundley could be a perfect fit for Kelly’s system, because his undeveloped skills mean that Kelly can mold him.[/pullquote]

With Hundley, the first impression is clear: get rid of the football. In Kelly’s fast passing attack, Hundley’s proclivity to hold the football will be inexcusable. The quarterback took 123 sacks at UCLA, which will be the first behavior that Kelly would have to work on erasing. Despite that, Hundley’s athleticism and effeciency could make him a great fit for the culture change and offensive scheme Kelly is looking for.

All this redundancy at quarterback and running back will confuse media pundits but maybe, Kelly does have a plan and that plan could include selecting a young quarterback like Hundley to develop behind Bradford with the hopes that Bradford’s knee and the rest of his body will hold up for around 500 more days, which would afford Hundley time to progress as a passer.

The Eagles will be competing with the rest of the quarterback-needy teams for Hundley, as the Arizona Cardinals are reportedly taking a second look at the young quarterback but this is only speculation. For now, Hundley is still a question mark much like Mariota. He’s a project that everyone wishes was ready, wishes was Top 10-worthy, but for whatever reason stalled on the college football interstate. The upsides are their, but will Hundley live up to his possible potential? The story of Mariota to the Eagles is convenient and sensible but maybe a little too convenient. Hundley to the Eagles make sense in context. It isn’t overly-simplistic and it’s just weird enough that Kelly will figure out how to make it work.