TENNIS SQUADS FACE UP AND DOWN SPRING SEASON 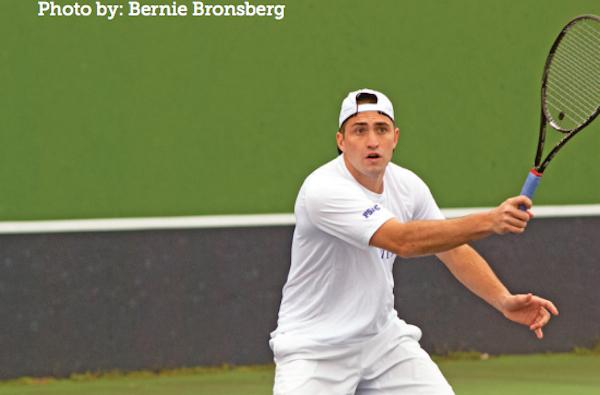 The spring tennis season has been a big roller coaster ride for both the men’s and women’s teams.

The men have posted a 4-7 record this spring, with their season starting at the end of February.

The women’s team has posted a 3-5 record since early March. They have won back-to-back matches for the first time all season.

Both squads were able to secure their first PSAC victories of the season, as they defeated Bloomsburg in the PSAC opener.

The men  won the match 6-3, thanks to strong doubles play by the Golden Rams. The doubles matches allowed West Chester to get out to a 3-0 lead in the series. When the singles matches came around, Bloomsburg cut the lead to 3-2, before West Chester stormed forward thanks to strong play by Tony Deimler, Lucas van der Heyde, and the clinching victory by Troy Donato.

As for the women, it was much more dominant. They defeated Bloomsburg at home, 8-1. This gave the West Chester women a 2-0 PSAC record.

Like the men, the women swept the doubles play, and went into singles competition with a 3-0 lead.

Claire Uhle, Alyssa Rees, Maddy Shaak, Abrianna Nolan, and Cassidy Branigan were all victors in their singles matches. All five of them defeated their opponents in two quick sets, most of them only allowing one or two games to be won on the Bloomsburg side.

Although it has been tough at times for these two squads, both the men’s and women’s teams are very capable of playing with the best of teams when they play their best tennis as a collective unit.

Bloomsburg was a team West Chester should have beat, and they went out their and took care of business like they were supposed to. It is not always easy to come into a match that you are supposed to win, and play that high of a level of tennis. But both teams did that, and now they wlll hope that the good play this past week will bring them that much closer to playing that level of tennis at a consistent rate.

Next up will be another PSAC test on Sunday, March 29. For the men, this is one of the better teams in the PSAC, having won three of their last four, and posting a 6-3 record.

For the women, this Kutztown team is struggling, having lost their previous five matches. They should be able to capitalize like they did in their match against Bloomsburg.