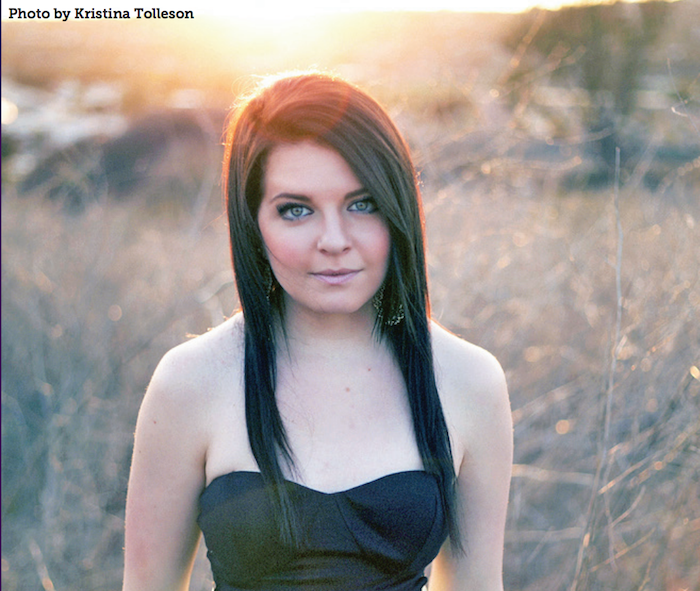 Raised in Lodi, Calif., Juliet was surrounded by music and instruments growing up. According to Weybret, she was put in the toddlers’ music program, Kindermusik, as a child. At seven, she took piano lessons.  Her mother’s love of singing, guitar, and the violin also influenced Weybret’s love of music.

As a middle school student, Weybret posted vlogs on YouTube. That channel is long deleted, but with the development of her passion for music, Juliet began a YouTube channel that would focus strictly on music.

When asked about the popularity of her channel, Weybret said, “I had no idea that people would actually take an interest in my music, but to this day, I am so fascinated by it.”

In 2010, she posted a cover of “Airplane” by B.o.B. and Hayley Williams that took off. Weybret recalled going to school and coming home and seeing that the video had gained 100,000 views since that morning. It was her first video that “really took off,” she said. Now, in 2015, it sits at over 1.79 million views.

In general, Weybret’s channel is filled with acoustic videos covering her favorite songs. She also writes her own music and posts videos of those. While her cover videos are just her and her guitar, her original music videos sometimes go full-Hollywood, complete with zombie-esque makeup. (See her music video for “Back to Life”).

Weybret only sings songs that she feels a connection with. She “believes 100 percent in staying true to myself in what I sing.” Her rehearsal time varies, depending on how much time she has to perfect the songs.

To aspiring YouTubers, Weybret advised to have fun and be consistent. She credits her channel’s success to her enjoyment in posting videos. “It never feels like work or a chore,” she said.

To singers and musicians, she said, “Covering songs is the best way to get your videos discovered.” She stressed the importance of high quality audio and visuals.

She did say that it is not necessary to have fully-produced music videos, as her own acoustic videos can attest. “Just be you and sit in front of your camera with your instrument, and your talent will shine through.”

Her five-song-EP, “Back to Life,” showcased her best originals. “Back to Life” and “Crash and Burn” are pop-friendly acoustic songs about love and heartbreak.  The EP’s star is “Numb” in which Weybret heart-wrenchingly – with a touch of falsetto – repeats on the bridge, “Just love me, please.” It is an achingly emotional song.

Posting that EP and her other original singles on iTunes taught Weybret a lot about the music industry and online music distribution. It was also the first time in her life that she got to make an income from her original music.

Her experience with YouTube and iTunes did influence her decision to major in vocal performance in college. Originally from Northern Calif., Weybret went to L.A.’s Musicians Institute College of Contemporary Music. “My viewers definitely had an influence on my decision to major in music. YouTube made me fall in love with music even more than I already was, and my fans played a big part in making me realize there was nothing else I love more and wanted to pursue than music,” Weybret said.

Having graduated, Weybret now continues to post on her YouTube channel and work as a musician. Recently, she performed at the University of Southern California for the “Chalk the Block” event. The event has children illustrate their dreams in chalk and offers a safe environment for children to share their hope.

In L.A., Weybret also works at a restaurant, plays gigs, and does vocal studio sessions. “I love every second of the journey,” Weybret said.

YouTube has been a huge part of her life.  “My favorite thing about YouTube is the friendships I have made,” Weybret said. In the past Juliet Weybret has worked with Ally Rhodes, another popular YouTuber with over 78,000 subscribers.  Weybret said they became internet friends first, but when Rhodes moved to Los Angeles last year, they were able to collaborate in person.

Weybret has also collaborated with Drew Tabor, who has over 183,000 subscribers.  Tabor and Weybret collaborated on “Payphone” by Maroon 5 about three years ago, and they are now best friends.

Weybret said about YouTube, “It’s the best thing that’s ever happened to me. I don’t know where I would be in life if I hadn’t started posting videos. The cool thing about it is that anybody can post something, and it’s out there for billions of people to potentially discover. I think it’s incredible how successful people can become on YouTube.”

Weybret herself has been recognized a few times from YouTube. Once, Weybret recounted, a cashier at Yogurtland recognized her, which was one of her favorite experiences, because she loves frozen yogurt.

Her family and friends are incredibly supportive of her channel. Her mom posts videos of Juliet on Facebook “at least once a day,” she said.

Last May, Weybret shared her personal life on her channel through her song “Bad Thing.” The song was intensely personal and shared her story of depression and anxiety over the past two and a half years.

The song talks directly about her issues, speaking of one-night stands and eating disorders with lines like, “Is it bad that I feel best with a finger down my throat?”

In an honest blog post on Tumblr, Weybret explained how her anxiety and depression came about. In 2011, at college, Weybret did marijuana with friends and suffered a “bad trip.” She had an extreme panic attack and felt like she was dying. The next time she smoked, she suffered from an equally terrifying panic attack.  This triggered suicidal thoughts. Luckily, Weybret reached out to her mother and friends for help.

In spite of this, Weybret remained positive in her post, explaining that she had a “little light of hope” that her story would connect to people.

Now, almost a year later, Weybret explains, “Opening up about my struggle with anxiety and depression was one of the best decisions I’ve ever made.” She went on to say, “I’ve never been happier. Nothing but good has come of [posting the video]. I’ve been able to help and inspire strangers around the world. There is no better feeling. I still have my bad days, but I no longer feel alone.” Weybret’s openness has certainly inspired loyalty from her fans.

Theresa Kelly is a third-year student majoring in English literature secondary education. She can be reached at TK780615@wcupa.edu.