Become a safesite on campus 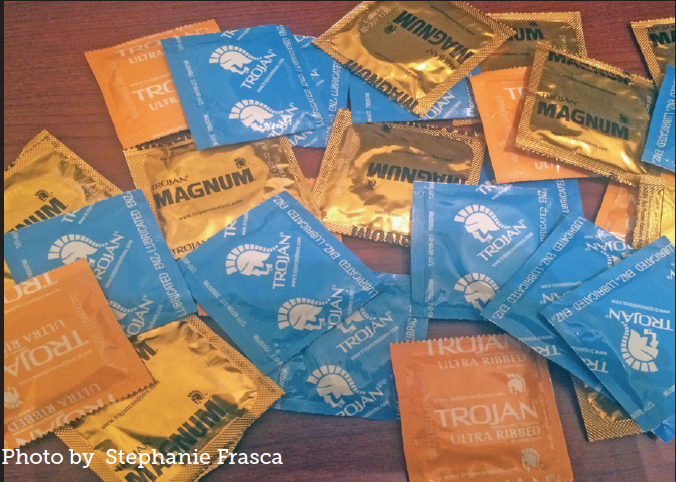 The Great American Condom Campaign (GACC) is a grassroots organization that strives to promote safer sex in the United States. The organization provides sexual health education, and materials to collegiate organizations and individuals across the country. The GACC does this by providing information in regards to sexual health, and giving away a million condoms, for free, to many collegiate organizations across the country. To become eligible to receive free condoms, all you have to do is apply to become a SafeSite.

In January, VOX: Voices for Planned Parenthood, a forming student organization, was chosen to become a SafeSite on West Chester University’s campus. VOX’s mission is to educate the West Chester community about reproductive health and rights.  Now, as a SafeSite, VOX has the ability to provide West Chester students’ condoms while educating people about practicing safer sex.

VOX received an assortment of six pounds worth of Trojan condoms from the GACC to distribute to the campus community. In the Spring, VOX plans to distribute the condoms on the academic quad, as well as collaborate with other student organizations on campus. Teaming up with other organizations would allow VOX to ensure that the condoms are being distributed to a wide array of groups and individuals on campus.

It is important to provide condoms on college campuses, because college students are more susceptible to contract sexually transmitted diseases and infections (STDs/STIs). In fact, according to the GACC, about 25,000 people between the ages of 15-24 contract an STD everyday. Young adults are more prone to STDs because sexual health and safety are not apart of their everyday conversations.

It is important to talk about sexual health because sex is a part of our everyday lives. Whether it is through the media or being sexually active, sex is everywhere. If we get ourselves talking, we may be able to lessen the outbreaks of sexually transmitted diseases and infections in young adults and on college campuses.

If your club is interested in collaborating with VOX or helping us distribute condoms, email Stephanie Frasca at SF767711@wcupa.edu. To learn more about the Great American Condom Campaign’s mission, visit www.amplifyyourvoice.org/gacc.

Stephanie Frasca is a fourth-year communication sciences and disorders major with minors in linguistics and psychology.  She can be reached at  SF767711@wcupa.edu.