Just how good can the Eagles be? 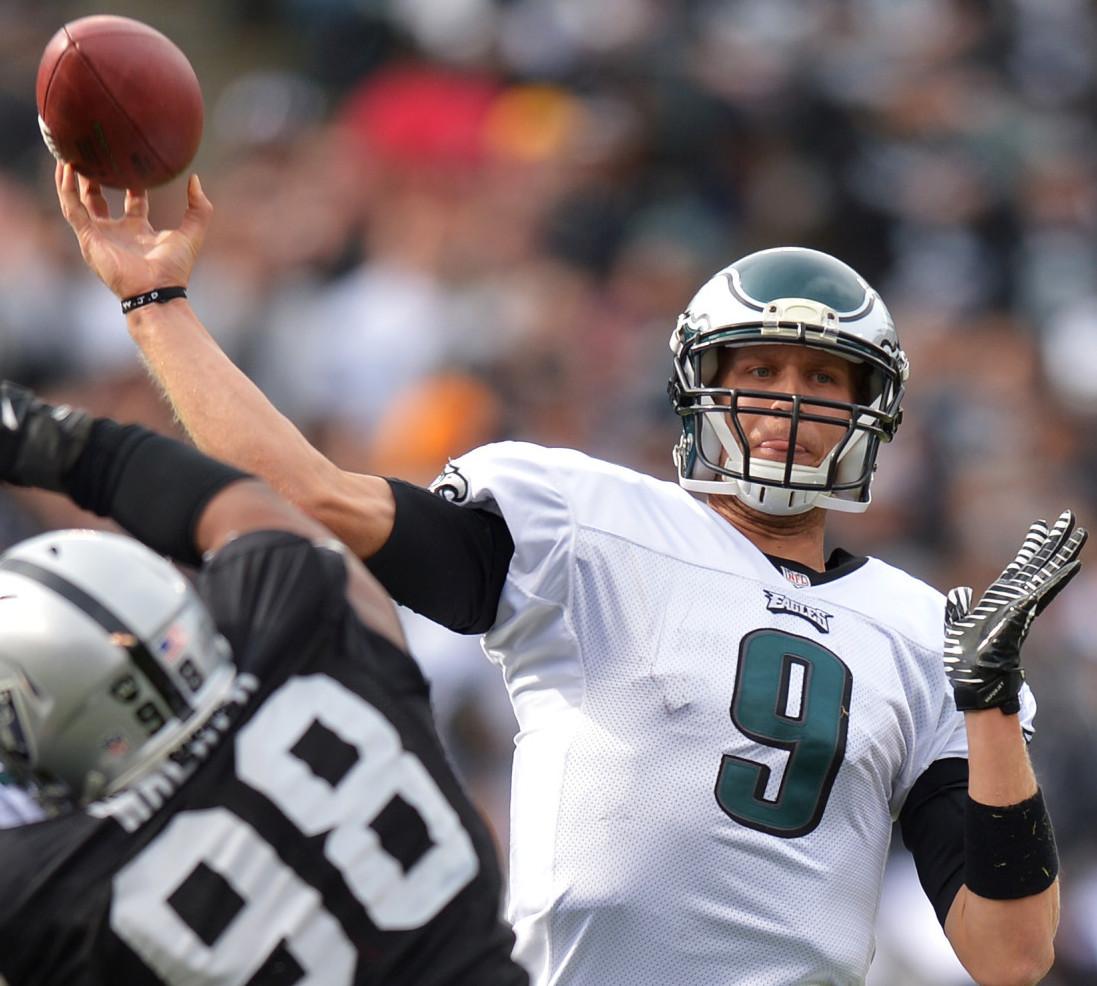 Fly Eagles fly, on the road to victory. Fight Eagles fight, score a touchdown one, two, three.  The Philadelphia Eagles are honoring their fight song by staying undefeated this season, defeating the Jacksonville Jaguars and the Indianapolis Colts in surprising come-from-behind victories.  According to CSNPhilly.com, they are the first team in National Football League history to overcome double-digit halftime deficits in each of the first two weeks of the season.

While that may be a feat in itself, Eagles fans should be concerned about the way they are playing football in the first half.

During the first half of both the Jaguars and Colts games, the Eagles were inefficient in scoring and on offense.  They could not score any points, while committing turnovers and allowing at least 17 points  during the first half.  Nick Foles could not find the receivers, as his balls were intercepted, deflected, or dropped.

The problem with this team is the offensive line, the receivers, and the whole defense.  Firstly, the offensive line has to allow Nick Foles more time for plays to develop where he can throw the ball, rather than having to throw it hurriedly because one of the lineman could not contain his assignment.  If the offensive line contained any defensive lineman, linebacker, or defensive back blitzing for only a few more seconds, the Eagles could be much more efficient on the offensive end.

Secondly, their receivers cannot hold onto the ball.  Nick Foles does his best to find the open man, however, the receiver takes his eyes off the ball, causing him to drop it, which hurts the team’s chances of winning.

During the Colts’ game, if some of the receivers caught Foles’ deep passes, the Eagles would not be losing, but rather winning the game heading into the second half.

Thirdly, their defense is flat out atrocious, only for the first half.  They cannot be giving up many points during the first half because it makes the defense work extra harder to not allow any points at all in the second half.  If the Eagles were committed in not allowing any points or touchdowns in the first half, and play with the same intensity they had been playing every second half, the Eagles would win almost every game of the season.

What I love about the Eagles is their backfield, consisting of LeSean McCoy and Darren Sproles.  These two running backs are so elusive and explosive and fast, defenders are having a hard time trying to tackle both of them.  If the backfield continues to produce yardage and points, the Eagles would be one of the best teams in the National Football League and could potentially make it to the Super Bowl. For Eagles fans, winning the Super Bowl is every fan’s wish because they are so passionate about their team.

However, although these goals are nice to have, they have to concentrate one game at a time.  Their next game is against the Washington Redskins.  With Robert Griffin III out indefinitely with an ankle injury, and with former Eagles player Desean Jackson limited with a shoulder injury, the Eagles should look to defeat the Redskins handily.

Even with the absence of Desean Jackson, the Eagles look like they can be successful without him.  Their schedule seems moderate, not too easy but also not too challenging.   They have a great chance of making the playoffs, if no key players are injured.

The reason why the Eagles can make it to the Super Bowl is because of their offense and backfield.  If they continue to produce points, opponents would have a difficult time trying to mount a comeback against a strong offensive Eagles team.

The only teams that can potentially challenge the Eagles are the San Francisco 49ers, the Seattle Seahawks, and the Green Bay Packers.  These three teams are battle-tested in the playoffs and all have appeared in the Super Bowl the past few years.  Yet, the Philadelphia Eagles have just as good a chance to reach to Super Bowl as any other team in the league.  Their team consists of athletic, determined individuals playing together as a team, willing to do whatever it takes to win.  This builds confidence that will allow the Eagles to play more comfortably and have a better chance of winning football games.

With Chip Kelly’s new offense, combined with the weapons on the offensive side of the ball, the Eagles are set up as one of the most dangerous teams in the NFL. Now it is up to them to win.

Jared Fortunato can be reached at fortunatojared@gmail.com