International Workers Day to be celebrated on West Chester’s campus 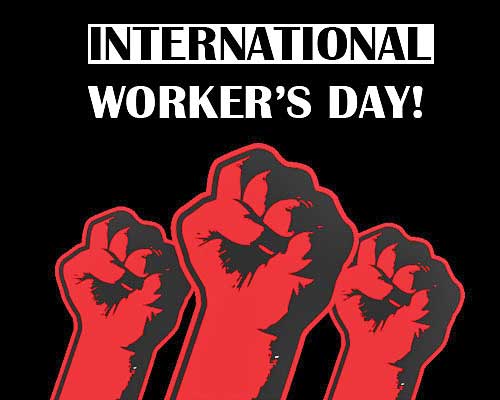 The Industrial Revolution allowed for ordinary working people to have an increased opportunity for employment in the new mills and factories. When the United States began to industrialize, people began to swarm to the cities and out of the ever unreliability of farm life. Women, used to staying close to the farm, could now gain independence by working in a factory and making a living wage.

While the era played a vital role in progressing our nation forward and offered the world a wide breadth of technological advancements that have stood the test of time and have laid the groundwork and foundation for the modern world, the Industrial Revolution’s influence on the time was not all positive. The era profoundly affected the world in a negative way in terms of its treatment of workers, many of whom were lucky to have a job, but suffered under the strain of excruciatingly long hours, low pay, child labor, unsafe working conditions, and a lack of job security or financial support in the instance of injury.

Often, the work day functioned under strict working conditions with extremely long hours of labour. The pace of the work was set by machines and so, were extremely difficult to match. During the peak of the Industrial Revolution, the average working day ranged between 10 and 16 hours a day, six days a week. In 1810, Robert Owen first gave voice to the demand for a 10-hour day, instituting it in his socialist enterprise at New Lanark. By 1817, Owen had set the goal of the eight-hour day and, with those efforts, coined the slogan, “Eight hours labour, eight hours recreation, eight hours rest.” Women and children in England were granted the ten-hour day in 1847, which, although beneficial, was still an extremely long work day. Even as late as the year 1900, many industrial workers in the United States still worked a 10-hour day yet earned from 20 to 40 percent less than the minimum deemed necessary for a decent life. The steel industry functioned under an even longer work day clocking in at 12 hours. At this time, the use of child labour was common.

On May 1 1886, Chicago workers protested their mistreatment and demanded more rights. Police attempted to disperse the worker’s assembly during their general strike for an eight-hour workday. In the midst of the strike, an unidentified person threw a bomb at the police who immediately responded by opening fire on the workers, killing four demonstrators. The event is now known as the Haymarket affair and marks International Workers’ Day. The day was officially declared an annual event at the International’s second congress in 1891.

The Industrial Revolution now stands as an example to the world of the need for workers rights. To commemorate the day, a rally will be held in West Chester’s academic quad from 11 a.m. – 3 p.m. on Thursday May 1. The rally’s mission is to celebrate the achievement of the eight-hour work day in this country. The rally will further show support for those workers in the United States and around the world who are still mistreated and suffer the same fate as those of the Industrial Revolution. West Chester Student Chelsea Leusner comments, “worker rights is an issue for everyone, it effects so many people, from the adjunct faculty who work on this campus to the textile workers in Dhaka, Bangladesh who make the clothes that many people wear on this campus.” Workers around the world struggle for worker rights. The rally will be in testament to their struggle and in recognition of the fact that the world still has a long way to go in terms of workers’ rights. The rally’s representation of strength in solidarity will help lead the world there. All are invited to come rally for all or part of the event’s length.

For more information about the rally, contact Chelsea Leusner at CL763090@wcupa.edu.

Laura Wayne is a fourth-year student majoring in English with minors in international business, technical writing, and Spanish. She can be reached at LW738484@wcupa.edu.