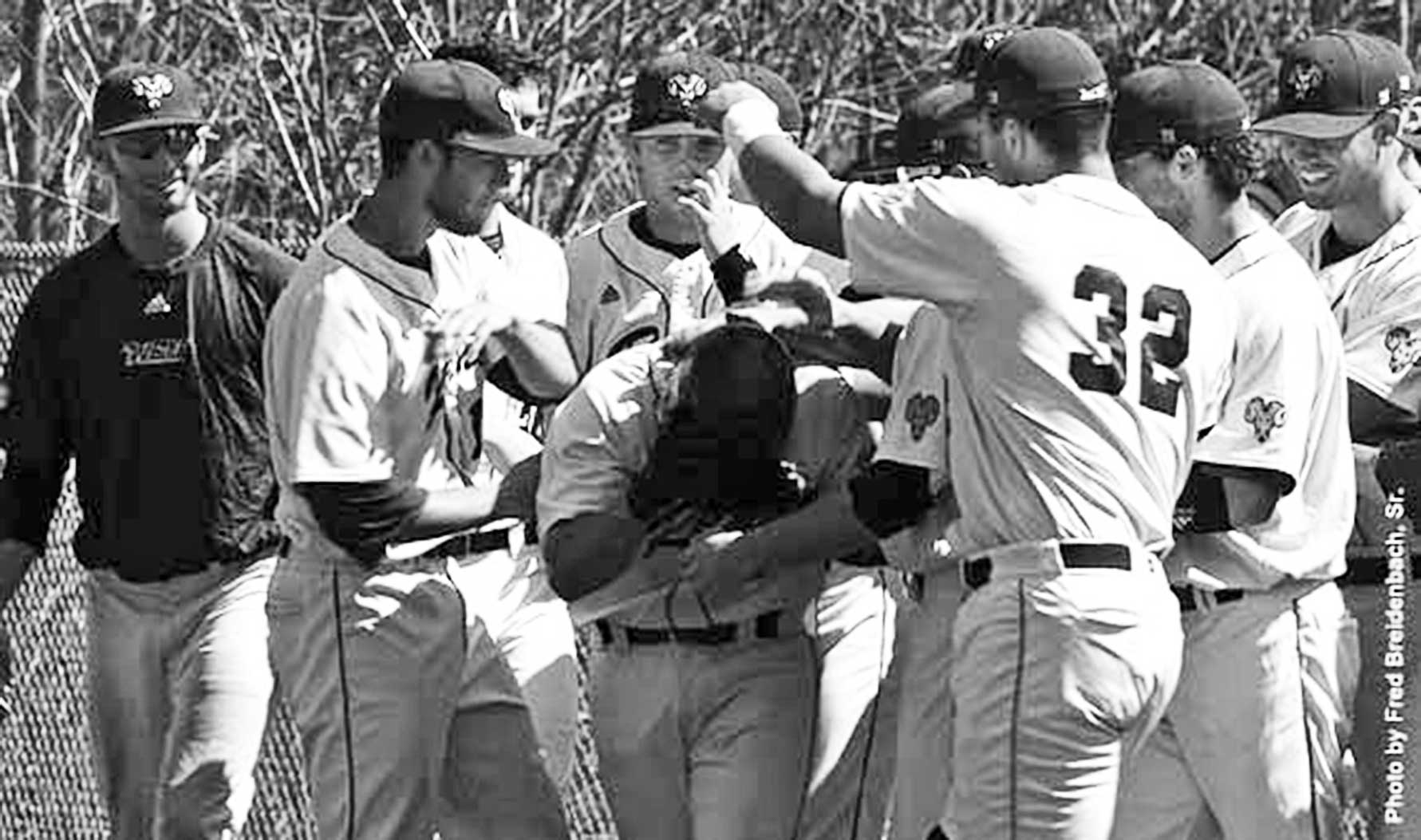 Lock Haven got more than they bargained for as they got a double dose of West Chester on Saturday. The Golden Rams swept the double header with a come-from-behind 5-4 win and an 8-5 win in the second game.

Game one looked to be all West Chester’s early on. An offensive outburst in the second and fourth innings put the Ram’s up 4-0. That lead would not last very long. Lock Haven decided it was time to wake up in the sixth as they attacked West Chester’s pitching.

WCU’s pitcher Matt McAllister allowed two walks to begin the top of the sixth. They would be followed by a double and a single. With Henritzy on third, Zuback stole second to make it two runners in scoring position. Both runners would score as Kyne doubled to right to tie up the ball game.

Senior relief pitcher Kyle Weary was summoned to put out the offensive fire. He got the first batter he faced to strike out looking. Following a hit-by-pitch, Weary got the ground-out he needed to end the frame.

West Chester looked to answer back in the bottom half of the sixth after a Mike Raimo triple and HBP for Justin Roman to make it two on with two out. A Petrizzi fly-out would end these hopes as the side was retired.

It would all come down to the final inning. Cue the dramatic music.

West Chester came out firing in their final inning as left fielder Tyler Coleman doubled to begin the inning. Chris Pula laid down a sacrifice bunt to bring the winning run 90 feet away from the plate. After a Robert Knox ground out, the man of the hour stepped to the plate.

Rob Spekhardt, WCU’s second baseman, delivered for his club. He shot a single to the first base side to bring home Coleman and a win for West Chester. Spekhardt was mobbed by his teammates as he and Coleman crossed their bases.

This gritty West Chester team literally played till the last out as they seemed to let a ball game slip away from them. Fortunately, clutch hitting and late use of small ball was a difference maker in game one.

“Offensively, we did a good job of recognizing how we were being pitched and guys made quick in-game adjustments,” said head coach Jad Prachniak. “We did a pretty good job with our situational hitting which helped maximize our scoring opportunities.”

How does a team top a walk-off win? Go out and make sure the next game is not as close.

The Rams did just that as they came out with an 8-5 victory in game two. Another late offensive rush by West Chester would be the difference maker.

The fourth and the sixth innings proved to be a difference maker for WCU’s offense. With the score at 4-2, freshman Robert Knox singled through the right side of the infield to begin the frame. Game one’s hero, Spekhardt, bunted Knox over to second as he reached base. Luke Molge singled to center to load the bases. Freshman Bill Ford walked and brought home a run. Ramio followed suit as he doubled to the right center field gap. This brought Ford from first to third and gave the Rams the lead. Petrizzi brought Ford home to make it a 6-4 ball game.

West Chester didn’t flinch as Lock Haven put the pressure on by adding another run in the sixth to make it 6-5.

In fact, West Chester jumped all over Lock Haven pitching in the bottom of that inning. After a Molge single and a Ford sacrifice bunt, Ramio tripled to center to bring around Molge. Ramio would not have any time to catch his breath as the next batter, Roman, singled up the middle to bring him in.

That would be enough as West Chester finished off Lock Haven for a sweep, something West Chester has had trouble doing this season.

“It’s always good to get a sweep at home,” said Fred Breidenbach. “Especially since we haven’t finalized off double headers well in the last few weeks.”

“Sweeping a conference double header is always a challenge, we weren’t perfect today but we did enough to win both games, which was gratifying.  Hopefully we can use it to build some momentum for the back end of the season”, said Prachniak on the momentum his team gets after a big sweep at home.

As the season winds down, the games become bigger and bigger. West Chester was able to bare down in clutch situations and deliver key hits. Small ball and clutch hitting made a difference in those ball games.

Michael Murphy is a first-year student majoring in communication studies. He can be reached at MM802071@wcupa.edu