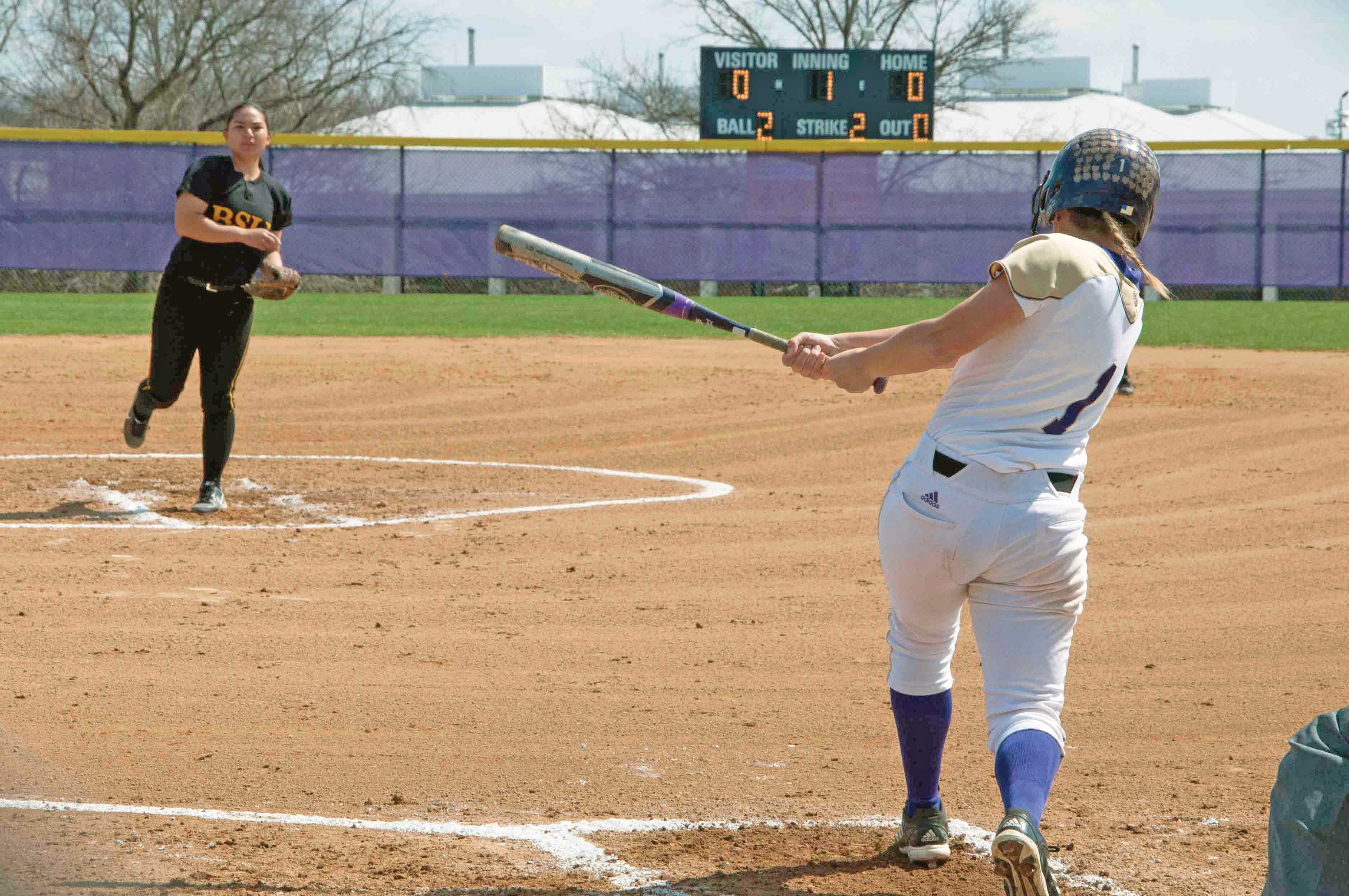 Coming off a week where they went 8-1, the Golden Rams continue their red hot success by going 6-0 this week, including three doubleheader sweeps.

J.P. Norris was named PSAC East Softball Athlete of the Week for the second time this season. Norris batted 14-27 for a batting average of .519 on the week. She had a home run and six RBIs, including two game-winning hits, and she also scored six runs of her own.

West Chester (20-11, 9-3) opened up the week of April 6 with a doubleheader at East Stroudsburg University (9-14, 4-4). The Golden Rams trailed 1-0 until the third inning after pitcher Kim Murl gave up one run in the first.

Jessica Schuck got the offense going in the third with an RBI single, and Murl helped her own cause with an RBI double to give West Chester a 2-1 lead after three innings. The Golden Rams padded their lead in the fifth, scoring five runs for a 7-1 lead, behind an RBI double by Kelly Anderson, and an RBI by Laura Altenburger and Murl. Schuck continued her great game with a two run home run in the sixth to help lead the Lady Rams to an eventual 10-3 win in the first game.

Behind a one-hit pitching performance by freshman phenom Micaela McSpadden (8-0), the Golden Rams completed the sweep of East Stroudsburg with a 9-1 victory in a five-inning game. WCU got to a 4-0 lead after three innings behind three RBIs by Murl, including a two run home run in the first.

McSpadden allowed her lone run and hit of the game off an RBI double in the third. The Golden Rams expanded their lead in the fourth thanks to a grand slam by Megan Kelly. Katie Erb closed out the game for West Chester in the five inning 9-1 victory to complete the sweep of East Stroudsburg.

Now ranked 23rd in the nation, West Chester faced Bowie State University (7-25) for a non-PSAC doubleheader at home on April 9. Behind a stellar two-hit pitch performance by Murl, the Golden Rams shut out Bowie State in the first game with a 6-0 victory.

Jillian Murray hit a three-run homerun in the third, and Murl helped out her own cause with a two-run homer of her own. West Chester completed the sweep of Bowie State with another shutout in a 9-0 five-inning victory in the second game. The Lady Rams bats got started in the third inning behind a two RBI single by Anderson and an RBI single by Murl to put West Chester out front 3-0.

The Golden Rams padded their lead with a six-run fourth inning, behind a two-run home run by Murl for her second in the series against Bowie State. Sam Brinskelle picked up her first win of the season, combining for a no hitter with McSpadden, to complete the sweep of Bowie State.

The Golden Rams closed out the week on Saturday, April 12 at home against Kutztown University (13-16, 5-5). Murl pitched a stellar three-hit shutout in game one, only allowing two base runners into scoring position the entire game. West Chester scored two runs in the first behind RBI singles by Murl and Murray, and that’s all they needed in the 2-0 victory in game one of the doubleheader.

In the second game, the Golden Rams got out to an early 2-0 in the first behind RBIs by Murl and Anderson and never trailed the entire game. The lone Kutztown run came in the third off an RBI single.

West Chester expanded the lead to 3-1 in the fourth thanks to an RBI single by Schuck. McSpadden continued her remarkable freshman season with a complete game four-hit performance to improve to 9-0 on the year in the sweep against Kutztown.

The recent success of the Golden Rams has all been behind great pitching from the entire staff, including the young guns of McSpadden and Erb.

“Overall, we have a young pitching staff. Micaela and Katie Erb have been learning from every start. Micaela is working hard and making the necessary adjustments so I am not surprised by her early success,” head coach Diane Lokey said.

As great as the pitching core have been, the batters deserve an enormous amount of respect as well for their performance this season. The team has been stellar when they step up to the plate, with multiple batters making big plays for this team.

Anderson has also been of the best hitters  for the Golden Rams’ team this season. Off her 25 hits this season, Anderson has had a double 12 of those times. A senior from Middletown, Del., Anderson also has 15 RBIs on the season, helping the Lady Rams in recent games too.

If there was ever a time to ride a five-win streak, that time is now with the team headed straight towards the playoffs.

West Chester (26-11, 13-3), who has won 13 of their last 14 games, dating back to March 31, looks to continue their recent success in the upcoming week. The Golden Rams play four doubleheaders all away from home against PSAC opponents. West Chester starts off the week April 13 by traveling to Lock Haven. The following day the Golden Rams travel to Mansfield University. WCU finishes out the week by traveling to Millersville University and Shippensburg University on Friday and Saturday, respectively.