Chase Utley is still the best second baseman in the N.L. 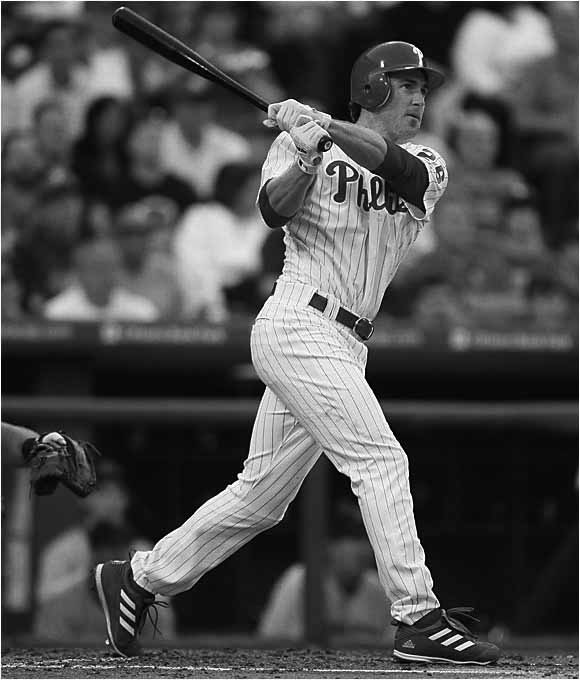 If you are wondering the last time Chase Utley started a season 10-for-21 (.476), with two home runs, two doubles and five RBI through five games, save yourself the trouble. He has never done it before.

Utley, who is entering his age 35 season, has gotten off to a tremendous start, and it poses an interesting question. Could he still be the best second baseman in the National League?

Based on the ability of his second base counterparts, and the success of Utley’s 2013 season and early part of this season, it is very possible.

According to ESPN, Utley was ranked No. 9 on their list of 2014’s top 30 second basemen in the MLB. However, six of the first seven spots are taken by American League second baseman (Robinson Cano, Jason Kipnis, Dustin Pedroia, Ian Kinsler, Jose Altuve and Ben Zobrist). Matt Carpenter of St. Louis and Brandon Phillips of the Reds were the only ones in the NL ranked higher than Utley.

Carpenter could be a legitimate argument in terms of his offensive potential at this point in his career compared to Utley’s, but the thing is, I don’t see Carpenter as a true second baseman. Yes, he played 137 games at second in his young career, but he also has played 85 at third, 46 at first and 23 in the outfield. He has played more games in positions other than second than he has at second, and so far this year he has only played third base.

That leaves Phillips as the contender to Utley. Phillips had a tremendous year in 2013, blasting 18 home runs and driving in 103 while hitting a respectable .261. But his OBP was hovering around .310, and his slugging percentage did not crack the .400 mark. He struck out 98 times and walked just 39. Phillips had a great year, no doubt, but it was more the product of being put in situations where he could drive in runs and be driven in himself. On base wizard Shin Soo Choo hit in front of Phillips in 2013, giving him ample opportunity to drive in runs, and Joey Votto hit behind him. When you look closely at the stats, RBI and runs are the only categories Phillips had over Utley in 2013, and that is because Utley was sandwiched between an underperforming Jimmy Rollins and oft-injured Ryan Howard.

The chronic knee condition that sidelined Utley for the first part of the 2011 and 2012 seasons are not a concern anymore. The condition will always be there, but Utley has figured out a routine that enables him to play with it and experience no pain or weakness. As soon as he figured out that routine in the offseason before 2013, he has never once missed a game because of his knees.

If Utley can play in 150 games this season, it is not at all unreasonable to expect a 20/85/.285 slash line, or perhaps even higher. If that is the case, he should be poised to make his sixth All-Star team, and his first since 2010.

Utley is not the type of player whose skills diminish all of the sudden in a few years just from aging. His downfall was injuries, and if he stays healthy, the Chase Utley of old will show, and will take the league by storm once again.

Kenny Ayres is a fourth-year student majoring in communication studies with a journalism minor. He can be reached at KA739433@wcupa.edu.