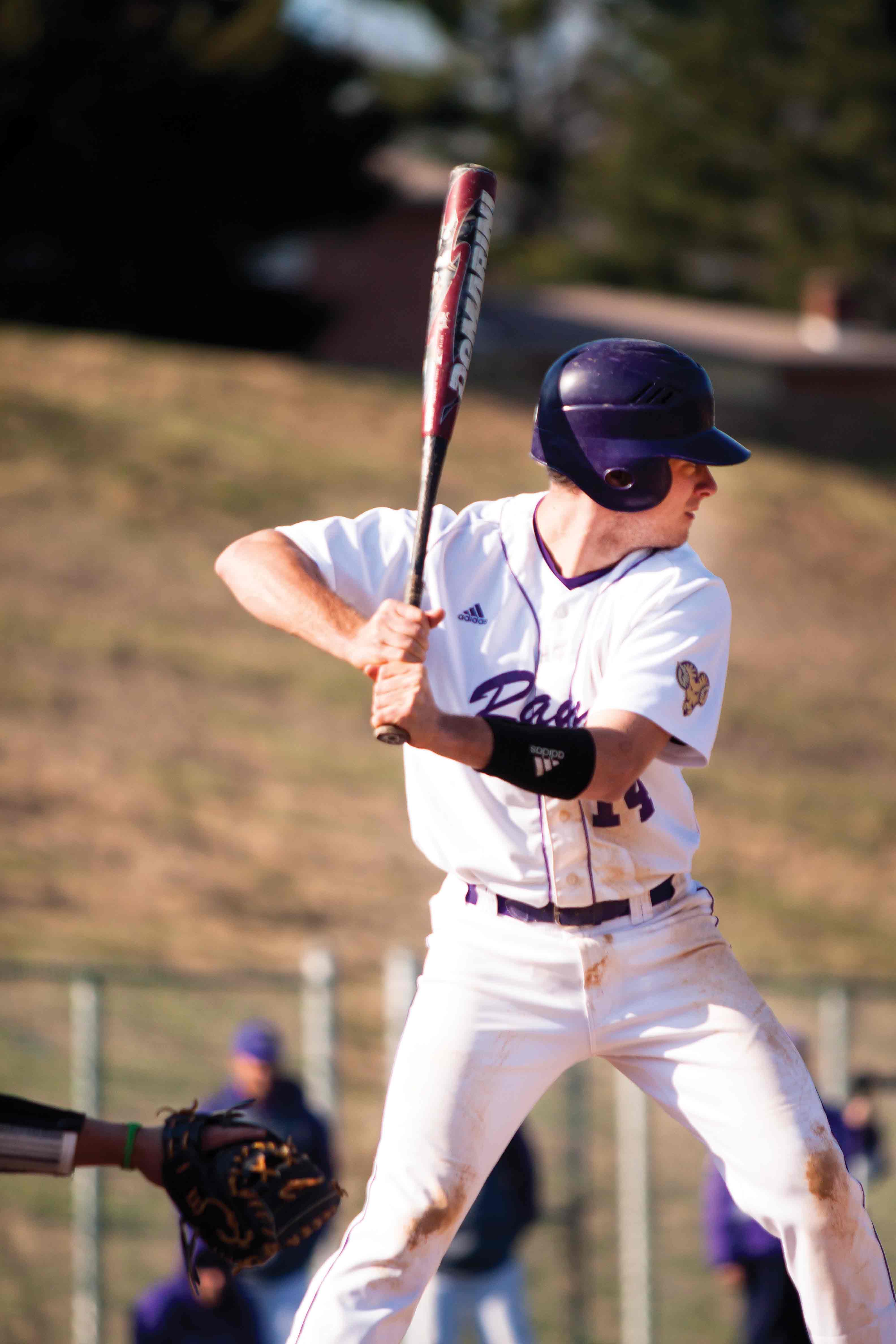 Runs were at a premium for the Golden Rams in their latest double header with Bloomsburg.

Game one had a “here we go again” feeling as WCU lost 2-1. The first five innings of this ball game were quiet as both WCU’s starter Andrew Gernert and Bloomsburg’s starter Hunter kept the bats in check. Gernert would be the first starter to let up a run as he encountered some trouble in the sixth frame.

Gernert’s troubles began after surrendering a bunt single and allowing a runner to reach base via a hit-by-pitch. With two outs and runners on first and second, Bloomsburg’s DH, Muth, singled up the middle to push across the run.

Coach Prachniak had seen enough and called on his bullpen to finish the inning. RHP Kyle Weary was brought in to shut the door. He would strike out the first batter he faced to end the frame.

It would not be long before WCU got on the scoreboard. With one out, Petrizzi singled to right and advanced to third after a steal attempt to second and throwing error by the Bloomsburg catcher. After a Justin Roman walk to make it runners on first and third, Tyler Coleman singled in Petrizzi to tie the ball game.

This would be the only noise from the WCU bats as they were shut down the rest of the game.

Weary breezed through the seventh but ran into trouble in the eighth. A hit-by-pitch, walk, and a single later forced a bases loaded jam. Weary proceeded to walk in the eventual winning run before getting a ground out to end the inning.

On the Ram’s struggles against Bloomsburg this season, Prachniak said, “We need to be better at all phases of the game, that includes pitching, defense, offense and as a coaching staff. I have confidence that when we play to our potential we will have a chance to win every game we play.”

WCU was not at their best in game one, but they were not going down without a fight.

Petrizzi switched roles from star shortstop in game one, to stud pitcher in game two. He only allowed five hits and shut out a Bloomsburg team that has made West Chester reach for the aspirin cabinet multiple times. Bloomsburg looked to be getting to Petrizzi in the fifth and sixth innings.

Russell singled to start the top of the Bloomsburg fifth. He would reach second on a sacrifice bunt to the pitcher. Petrizzi bared down and got the fly out and ground out he needed to end the inning.

The Huskies looked to threaten the gem of a game once again. After surrendering a walk, Petrizzi was able to cut down that runner by getting a ground ball and forcing the lead runner out at second. After a single up the middle, Bloomsburg had runners on first and second. With two outs they were primed to challenge West Chester’s one run lead.

Petrizzi once again settled down and got a much needed ground out to the second baseman Spekhardt to get out of the inning unscathed. He would then put his pitching on cruise control as he mowed down the rest of the Husky batters in top of the seventh.

Petrizzi’s stellar performance on the mound was what Prachniak expected from this transfer. Petrizzi was described as being a difference-maker, and on Wednesday he certainly was. His line for the day was: seven innings, five hits, three walks, three strikeouts, and no runs. A gem of a game.

The Rams’ offense only needed one score in this pitcher’s dual, which came in the bottom of the fourth. With one out, Coleman reached base via a hit-by-pitch. Freshman Robert Knox singled up the middle to make it runners on first and second. Spekhardt walked to force the bases loaded. Mike Gannon grounded out to second base and brought home the Ram’s only run.

A split with Bloomsburg is acceptable after the two tough losses last week. West Chester looks primed to make a serious run at the playoffs this season, but they cannot think of the national championship just yet. Win the PSAC first, then worry about the playoffs.

West Chester’s final games of the week came against Mansfield University in a doubleheader at home. The Golden Rams put up a good fight, winning the first match 5-0, while losing the second match 4-6.

Matt McAllister, a senior from Warminster, Pa., got his second win of the season against the Mountaineers. McAllister pitched for seven innings, allowing just seven hits while striking out five batters.

Justin Roman and Tyler Coleman led the Golden Rams in hits this week. Roman, in particular, had a double against Mansfield, as well as scoring twice.

The next game was not as kind to the Golden Rams, as Fred Breidenbach lost his fourth game of the season. Breidenbach picthed just over five innings, allowing eight hits and five runs during that period. Weary then came in, letting one run go, and sealing West Chester’s fate.

Coleman had yet another solid outing against Mansfield, getting to first base three times, hitting a double in the process. Petrizzi also had multiple hits, but it was not enough to get West Chester another win.

West Chester will take on Lock Haven Universitry this week in another doubleheader, trying to turn things around for the Golden Rams and bring another win home.

Michael Murphy is a first-year student majoring in communication studies. He can be reached at MM802071@wcupa.edu