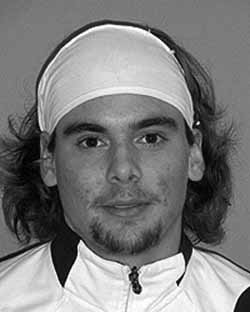 The West Chester University’s men’s track and field started their outdoor on March 22 at the Golden Rams Invitational in West Chester, Pa. in John A. Farrell Stadium. It was a breezy and warm day, with a high of 65 degrees. Various schools were in attendance that range from Neumann, Lincoln, Immaculata, University of Scranton, and other colleges.

The men of WCU’s track team finished first in the 110 meter hurdles. Five Golden Rams finished within five of the top 12 spots. Coming in first place was Mark Van Teyens. The sophomore finished with a time of 15.26. Ryan Heimbach and Miles Ransom of West Chester finished second and third place respectively. The men’s track and field team also finished first in 100- meter-dash, as well.

West Chester’s men finished first in eight events at the Golden Rams Invitational. Those events were the 4×100 relay, 100 -meter hurdles, 100-meter dash, 400-meter hurdles, 200-meter dash, 4×400- meter relay,  high jump and the triple jump. In five of those eight events, WCU won by a large margin. As a whole team, West Chester finished first in the 4×100 relay and 4×400 relay with a time of 42.25 and 3.21.83, respectively. Joseph DeCecco shined during this track meet. He finished first within the men’s high jump with a distance of 1.90 meters and finished first in the men’s triple jump with a distance of 12.86 meters along with a wind gust of 1.4. DeCecco, sophomore from Mechanicsburg, Pa., is enjoying much success with the track team this season.

Before kicking off the outdoor season, the men’s track and field had wrapped up their indoor season with the PSAC Indoor Track & Field Championship on March 3rd. West Chester ended up finishing in seventh place out of 11 schools. They accumulated a total of 34.5 points over the course of a two-day meet.

During that meet, the Golden Rams had finished the 4×400 relay with a time of 3 minutes and 21 seconds, which was the NCAA provisional time. Freshmen Ghassan, Dix, Shawn Young, and Upperclassmen Foulke and Nick Drozd placed fourth overall for the Rams in the 4×400 relay event.

Two members that really stood out during the indoor meet were sophomore Collin Mascola and freshman Colin Vannicolo. Despite finishing in the middle of the standings, Mascola and Vannicolo placed in almost every men’s event.

As the Golden Rams Invitational came to a conclusion, the Rams finished first in eight events last Saturday. Sophomore Joe DeCecco won two events: the triple jump and the high jump. Now West Chester will get ready and prepare for their next track meet in Towson, Md. at the Towson Invitational. After that, the men’s track and field will have another meet in Millersville, Pa. on April 5 at the Millersville Invitational.

Gabe Smith is a second-year studetn majoring in communication studies with a minor psychology minor. He  can be reached at GS783203@wcupa.edu.