A meeting of the spirits: WCU students attend the Greater Philadelphia Asian Consortium 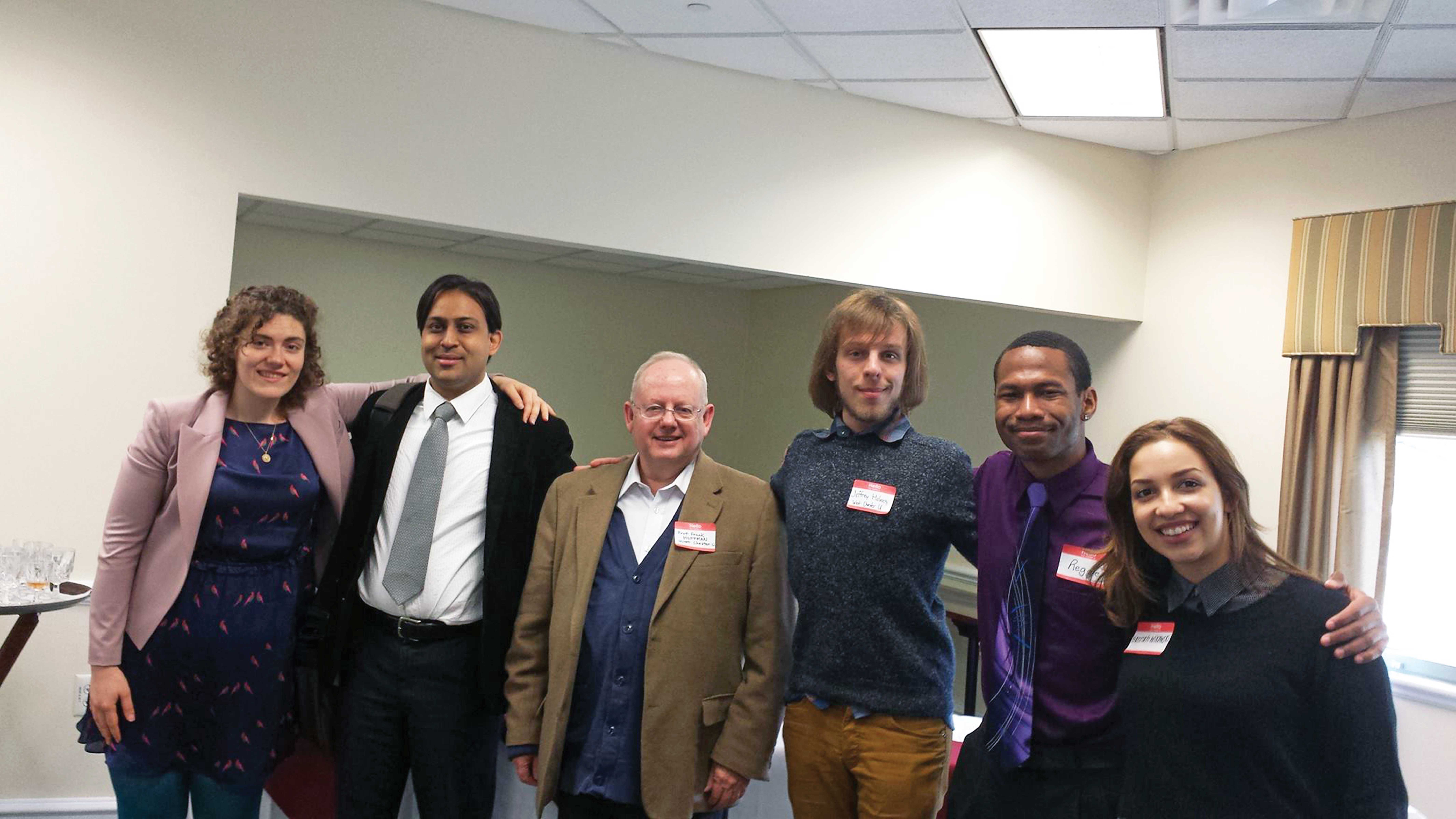 On March 22, I had the distinguished opportunity of attending the Greater Philadelphia Asian Studies Consortium (GPASC), at St. Joseph’s University in Philadelphia, Pa.  This event, open to all undergraduate students regardless of majors across the entire state, was an all-day expose of works and essays by students on a range of topics pertaining to the religions, philosophies, and ideologies of South Asia.

Organized by a team of scholars from the university, the day was divided primarily into multiple panels that convened presenters in accordance with the country on which they were presenting after a continental breakfast.  China and India were covered by two panels held simultaneously, from 9:30 – 10:45 a.m. in separate rooms.

Following lunch and a presentation from Dr. Deven Patel of the University of Pennsylvania, panels on Japan, Buddhism, and a final panel on Korea, Taiwan, the Philippines, and Myanmar, took place in separate areas from 11 a.m. – 12:15 p.m.  Representing West Chester University were four undergraduates: sophomores Reginald B. Smith and myself, as well as seniors Caroline Pitocchelli and Hannah Wikowski.

My presentation was a culmination of four months of comparative philosophy research, contrasting the goals of Theravada Buddhism with existentialism and comparing the similarities found in their methods.  I discussed the difference found in living a Buddhist life as a means to break the cycle of life, death, and rebirth juxtaposed by an existential life in which one’s life goal is determined by the individual.  As far as commonalities go, existentialism believes in a genuine freedom, which is defined by Simon de Beauvoir as dedicating one’s own existence towards the existence of others. Existentialists like Donald Crosby decry nihilism as a temporary feeling and encourage using compassion as a compass for life.  Such can be seen in Theravada Buddhism, as texts from the Pali Canon promote the same community-based compassionate lifestyle.

The actual act of presenting went as follows: myself and the other panelists sat at a table facing a large crowd of other university students and professors.  After using an allocated 15 minutes to speak on our topics, an additional five minutes was used by the crowd to ask questions.  Not only did I receive recommendations from professors on additional readings, I was asked questions such as, “Have you considered using other specific texts for your work, or do you find understanding each philosophy in comparison to one another useful to understanding them each holistically?”

My panel was followed by a luncheon with a presentation on the work done by Dr. Patel at the University of Pennsylvania.  An expert in Sanskrit language, comparative philosophy, and critical theory on the English language, this man’s prestigious credentials were surprisingly shadowed by his sweetness and humility.  He talked about working as a professor as nothing short of an honor, and the importance of studying the humanities, specifically Asia, and its application to the rest of the world.  He raised the issue of Asia not receiving enough attention in schools, as despite being a Western society, the emotions felt by not just Asia, but the rest of the world, are essentially the same. Asian philosophies may promote an alternative lifestyle to the more prominent Judeo-Christian attitudes seen in the West, but they do not need to be forced on schoolchildren; the options merely need to see more presence in those students’ lives.

In between panels and break for food, there was plenty of time to make friends with professionals in these studies, and also other students. One student, Reginald Smith commented, “Jeffrey and I made friends with another brilliant scholar at the conference. It seems like this conference really sets you up to make lasting friendships that will extend to a lot of different professions.” Smith said this after he and I met Villanova senior and philosophy major Mark Bookman. Bookman presented a virtuosic approach to comparative philosophy that he called the teleological approach. Bookman argued that through using commonalities and correlations, mankind can understand each other’s ideologies and beliefs without needing to practice them. The key point of his presentation was the ability for philosophies to coexist, which is easier done through mutual understanding.

His presentation aside, the amount of phone numbers I exchanged with other students and contact information I got from professionals in writing and philosophy was amazing.

I felt so free to express my original ideas without apprehension of judgment. I could discuss the works of Edward Said and Ferdinand de Saussure with other English majors, or the historical evolution of Buddhist traditions to those who enjoy reading it.  That seemed to be the key point to this event: literally everyone was elated to be among fellow bookworms and scholars and in our free time, we just threw our ideas at each other, and listened to every word with an open ear.  To be blunt, I was among my people at the GPASC, and if I ever have another opportunity to present my research, I will take it in a heartbeat.

Jeffery Holmes is second-year student majoring in English with a minor in ethnic studies. He can be reached at JH791223@wcupa.edu.