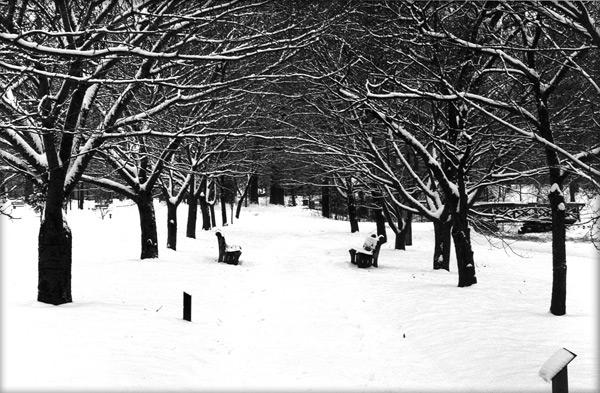 Spring semester at West Chester University started of with two snow days this year, unkowingly setting precedent for the remainder of the semester.  Students rejoiced at the idea of not having school at first. With so much extra time to procrastinate homework and delay the start of any formal projects and papers, the academic and residential quads quickly filled with snowmen and snow forts, signs of a joyous welcoming of the winter season.

But soon, the fun and games became overshadowed by the impending repercussions of the seemingly neverending snow. Professors, perhaps begrudingly, had to change their syllabi almost immediately, emailing out new class schedules one, two, even three times. Students began to get frustrated, being given assignments and due dates without the opportunity to meet in person during class time.

As more snow days began happening, students lost their enthusiasm for the snow. The snowmen they once built for fun, were now constant reminders of how far away warmer weather still was. “The first couple snow days were nice, but then it started to get old,” said Keila Zanella, a junior at West Chester University studying psycology.  Zanella expressed concerns over the remainder of the semester, and worries about having to come in for Saturday classes.

With all of the snow days, classes soon fell behind and course objectives were in danger of not being met.  On Feb. 26, the university reached an official decision on the necessary schedule changes the snow days would cause.

Though many students had been afraid spring break would be canceled or graduation would be pushed back, the school reached a different decision, assuring that neither would be affected.

Four Saturdays have been designated as make-up days.  On Saturday, Mar. 29, Apr. 12, 19, and 26, professors will be allowed to reserve a room to have regular classes.  Of course, professors will be encouraged to recognize that some students will have conflicts, like work, that they cannot reschedule, but the time is an opportunity to make up work, including both lecture, and lab time, that was missed during the cancelled class days due to snow.

Finals week has also been greatly changed.  Instead of having a week off of classes and finals in two-hour blocks, there will be classes during that final week.  Professors will continue to teach throughout finals week, and they may also conduct final exams during that time.  This means that “finals” will be given in 50 minute or hour and 15 minute long increments.

For some students, this will come as a relief, as it means that their exams will be shortened or even canceled.  For others, their professors have already decided that they will simply be giving the original final over multiple class periods.

Though many students are also displeased with the potential of Saturday classes, this decision means that spring break will not be altered and graduation will still happen on May 12.  “I am glad we still have spring break,” Zanella added.

Although the spring semester has been off to a rough start, hopefully these changes to the schedule will be warmly recieved. We are expected to get more snow I only hope no additional changed are made, and that the snow will finally some to an end!