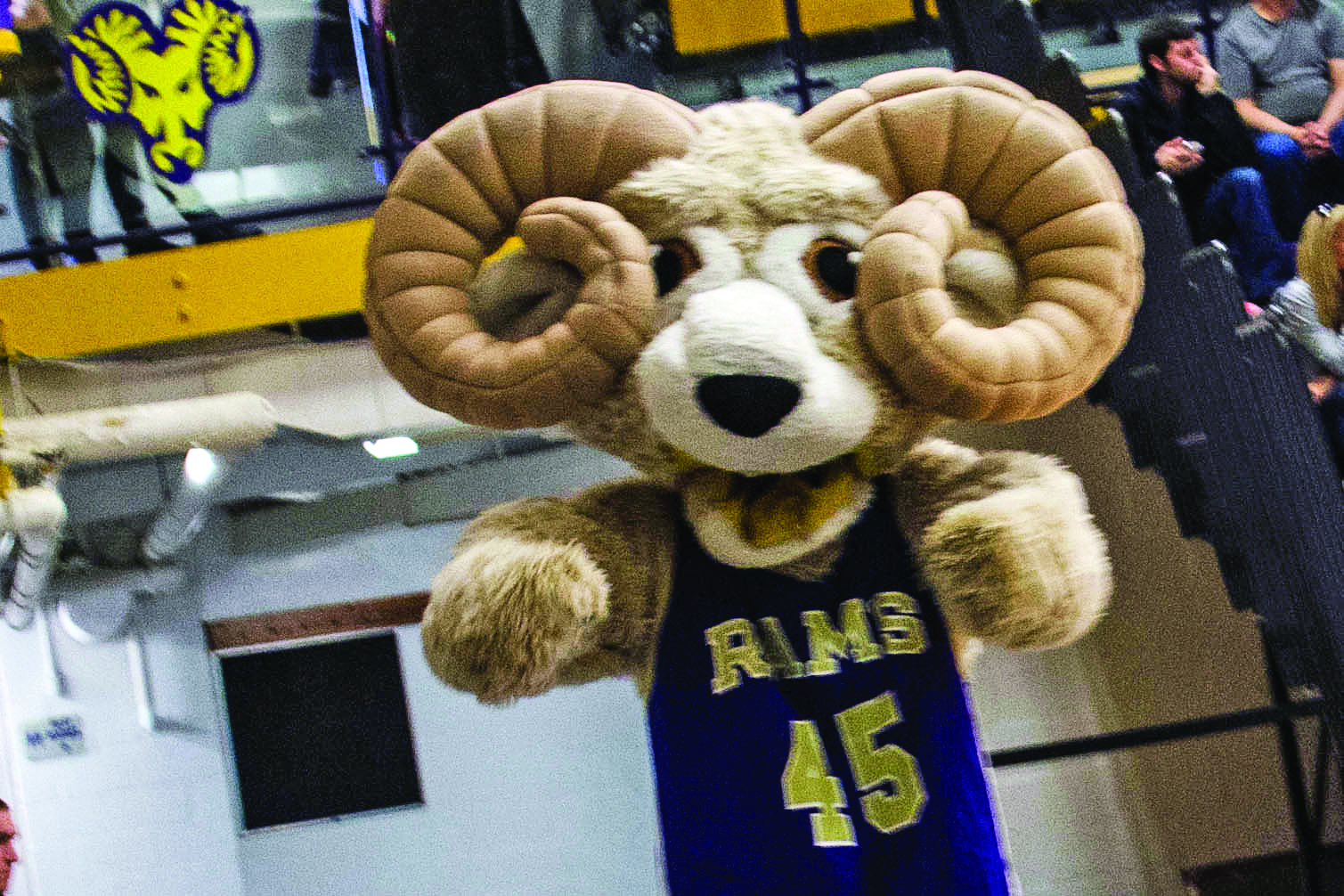 The men’s basketball team had two games this past week, as they tried to bounce back from back-to-back losses last week against Bloomsburg and East Stroudsburg. They played at Cheyney University on Wednesday, a game that the Golden Rams won 68-55, without leading scorer Troy Hockaday. They then had a game at home on Saturday afternoon against Mansfield University, a game they also won 86-77. After back-to-back losses, they come right back, with back-to-back wins.

The first game was a night game at Cheyney University on Wednesday. Cheyney, 3-17, came into the game knowing they had a chance, as West Chester’s leading scorer Troy Hockaday was out with a foot injury. So for the Golden Rams, Ben Mingledough had to step up in his first career start. Mingledough did just that as he had a very efficient game, 10 points and two assists in 27 minutes played.

The leading scorer for the Golden Rams was R.J. Griffin with 14 points, including a very important three pointer mid-way through the second half. The Wolves cut the Rams’ lead to single digits, before the three by Griffin, and then Griffin also had a steal which led to a layup on the other end, building the West Chester lead back to 13, a lead they did not relinquish for the rest of the game. Cory Blake also added in 13 points in a winning effort. The leading scorers for Cheyney were Deshawn Curtis, and Jerrod Johnson, who had 15 and 14 points respectively.

West Chester then hosted a home game on Saturday afternoon against a struggling Mansfield team, 4-16. However, Mansfield had one of the best players in the league in Joe Bell, who is top three in scoring and rebounding in the PSAC.

In Saturday’s game, West Chester held him right at his averages with 21 points and seven rebounds. The Golden Rams made sure that he did not do anything remarkable which allowed them to control the game, and never allowed Mansfield to take the lead in the second half.

Sophomore Matt Wiseley, who had seven points and four steals, and was the main defender against Bell said, “I tried to use my quickness to get around him when he was in the post and any chance I could I tried to deny him the ball, but when he did get the ball we would double or have someone on him when he attacked the basket.”

Bell was the leading scorer for Mansfield as he made a push at the end of the game including a steal and a layup, and the foul to cut it to 81-77,.However,  clutch free throw shooting at the end of the game for the Golden Rams sealed the deal. In the beginning Mansfield came out of the gates firing as they built a 9-2 lead and head coach Damien Blair was forced to call a timeout.

In that timeout the Rams regrouped and tied the game at 11 apiece on a three pointer by Shannon Givens. With more than 11 minutes left in the first half the game was tied at 20, and from there on the Rams did not relinquish the lead. The Rams’ leading scorer Troy Hockaday returned for the game and led the Golden Rams with 17 points including a key and one to seal the deal late in the game. He had an all around great game, as he was one rebound and three assists away from a triple double.

Mingledough got his second consecutive start and chipped in 15 points. West Chester will look to continue on their short two game win streak on Wednesday against Millersville at home at 7:30 pm. Millersville is 9-9, however, they struggle on the road, as they are 1-8, compared to 8-1 when they play at home.

They are on a two-game win streak as well, including a big win in their last game against Bloomsburg. The leading scorer for Millersville is Tavon Parker, so West Chester will need to key in on him. West Chester also has a second home game on Saturday next week against a sub-par Kutztown team. Both of these games are games that West Chester hopes to win, so that they can stay at second in the PSAC standings behind only undefeated East Stroudsburg.

Ryan Calpin is a second-year student majoring in Communication Studies with a minor in Journalism. He can be reached at RC784188@wcupa.edu.