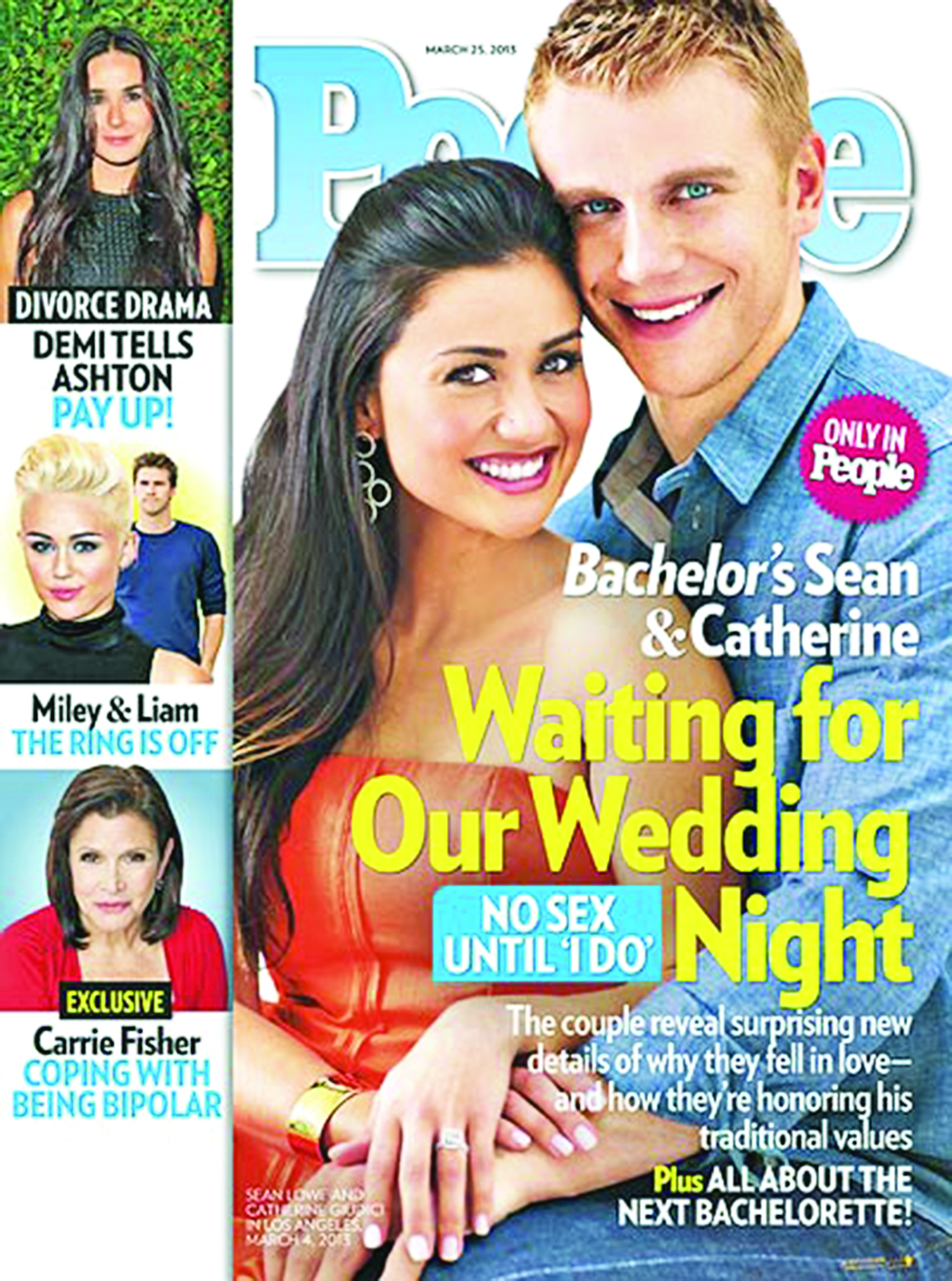 As “Juan-uary” comes to an end and the new season of “The Bachelor” begins to heat up, we take a break to celebrate Season 17’s Sean Lowe and Catherine Giudici’s engagement, just in time for “Bachelor” fans’ favorite holiday: Valentine’s Day. On Sunday, Jan. 26, the couple tied the knot on ABC in a two-hour special hosted by “Bachelor’s” own, Chris Harrison. After a total of 26 seasons, Sean and Catherine’s wedding marks only the fourth wedding in Bachelor history. Are they destined for failure? Or will they join the other three successful couples? Only time will tell.

The special began with a look back at the couple’s engagement journey after the cameras were gone starting from the proposal and leading into the couple’s road trip from California to Dallas. Always light and flirty, the couple enjoys the Grand Canyon and other sights spending precious time with each other along the way. Catherine bores Sean with her endless chatter about her wedding planning and confuses him with her odd choice of theme “Grown Sexy” which she describes as “Robin Thicke” (descriptive, I know). But with much preparation, Catherine finally picked out her dress, food, venue, and all the other fine details down to the perfectly made honeymoon suite bed.

The couple definitely made it clear about their choice to “save themselves” for marriage by having a “honeymoon suite cam” on the bottom of the screen to show that they are ready to lose their “v-cards.” The couple even sat down with Chris Harrison for an uncomfortable segment just to talk about their virginities as well as Sean’s projected performance in the bedroom. To make it even more uncomfortable, Sean and Catherine awkwardly attempted to express their sexuality to each other by getting sexy wedding gifts. Sean was sent on a lingerie shopping trip to buy Catherine some expensive silk for the big night, while Catherine posed in a sexy photo shoot, which she assured was for Sean’s eyes only (sorry kids). Both felt very unsure and uneasy about sex due to their sometimes-immature personalities.

Uncomfortable or not, in the end, the ceremony was absolutely stunning. Catherine’s dress was perfect, and all the details were accounted for. Their personal vows showed their undying love for each other and provoked such an emotional response from both of them as well as the audience. Their love seemed to radiate through the TV screen and capture the hearts of the viewers at home. Although seemingly endless, their love for each other will only be proven in time as we all watch to see if finding love on reality TV is truly everlasting.

Erin King is a first-year student majoring in communication studies. She can be reached at EK800454@wcupa.edu.