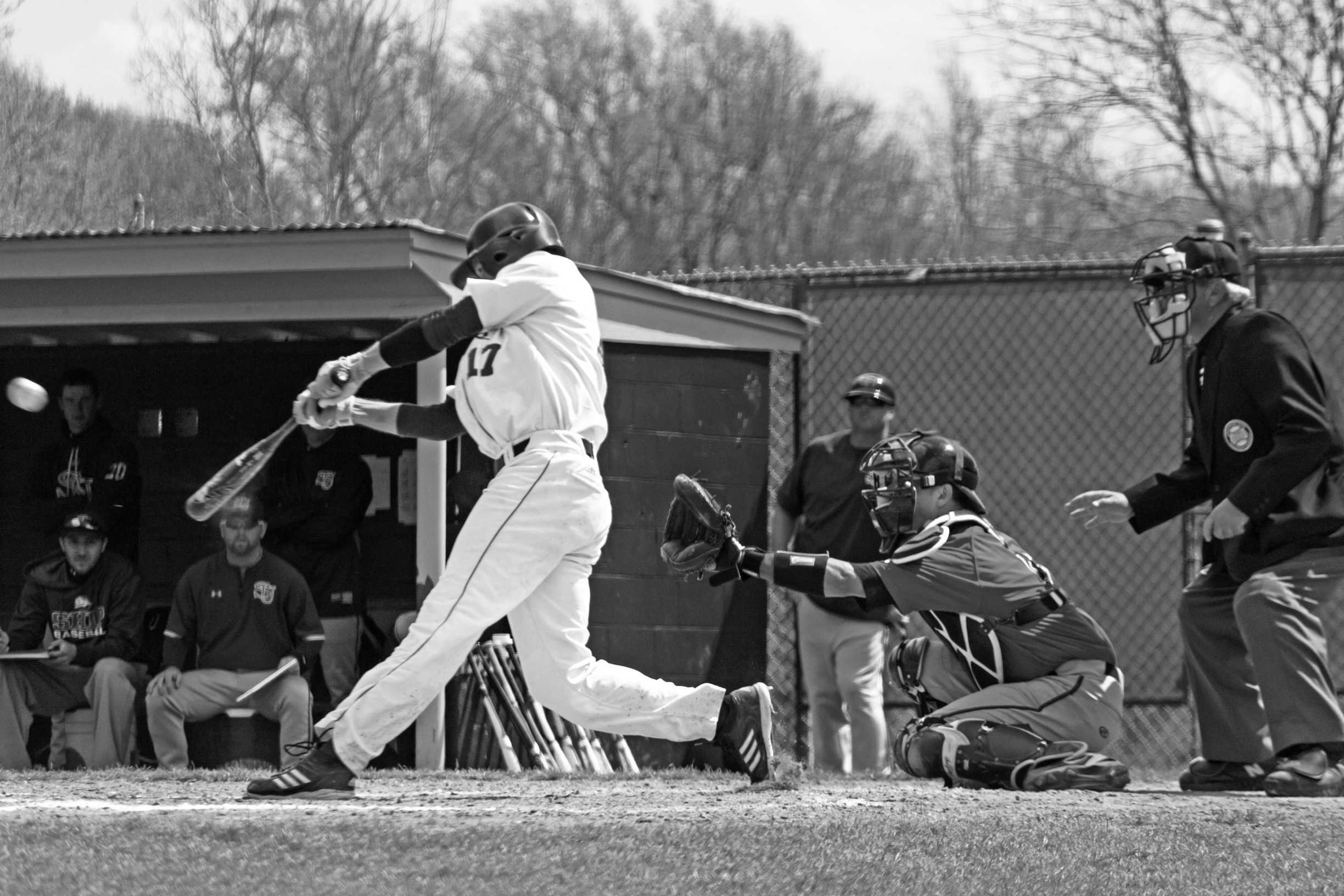 First baseman Chris Pula capped off the comeback in the second game of a doubleheader against Shippensburg Saturday with a walk-off double in the seventh to give the Rams the 9-8 victory.

Game 1 between West Chester (18-14-1) and Shippensburg (20-17) also featured late inning fireworks, this time seeing the Raiders come through in their final at-bat. Second baseman Justin Lamborn got things started in the first with a triple to right center, scoring right fielder Jack Provine and giving the Rams the early 1-0 lead.

The bats went quiet for the next four innings until Shippensburg pushed one across in the sixth to tie it up at one. The Rams answered right back with one of their own with Provine scoring again, this time on Pula single to center. In the seventh, the Raiders got to pitcher Joe Gunkel as they scored four runs on four hits to take a 5-2 lead. In the bottom half, West Chester managed one but that was all as they dropped game 1 5-3.

Gunkel (5-3) picked up the loss in a complete game effort. He allowed five runs, four earned, off nine hits while sending down six Raiders on strikes. The offense managed just five hits with no Rams batter registering more than one. Provine scored two of West Chester’s three runs despite not recording a hit as he was hit by pitches twice.

For the second game in a row, West Chester struck in the first with Lamborn once again doing the damage. His triple to right center plated both Provine and center fielder Mike Raimo. Lamborn stretched the lead to 3-0 when he scored on a passed ball in the next at-bat. Shippensburg retaliated in the second with four runs to take the lead but it would be short lived.

In West Chester’s half of the second a throwing error and a Lamborn double allowed three more runs to score with Provine and Raimo once again benefiting from a Lamborn extra base hit. A four-run top of the fourth gave Shippensburg the lead back 8-6. In the sixth the Golden Rams pulled within one when Provine scored on Pula’s double down the right field line.

The Rams tied it up in the seventh with Provine’s two-out single through the right side, scoring pinch runner Ben Spezialetti. Provine advanced to second when Lamborn was hit by a pitch bringing Pula to the plate with a chance to win it. Pula’s double down the right field line sealed the deal as Provine scored easily from second to give West Chester the 9-8 victory. With the win, West Chester improves to 12-1 in games decided by one run.

Kyle Weary (3-0) pushed his ERA to a remarkable 0.39 with a solid seventh inning in relief of Fred Breidenbach. Breidenbach gave up eight runs over six innings off nine hits while walking one and striking out three. The Raiders couldn’t find a way to keep Provine and Lamborn off the base paths as the two combined to go eight for nine with five runs scored and five runs batted in.

After traveling to Shippensburg Sunday for a doubleheader, the Rams will stay on the road when they face Wilmington University (30-12) in rematch of the Bill Giles Tournament where the Wildcats defeated West Chester 16-5. The Golden Rams will wrapped the week up with four games versus first place Millersville (28-11). Sitting two games back of the first-place Marauders presents the opportunity for the Rams to overtake Millersville during the two home games on Friday and the two road games on Saturday.