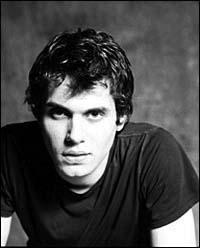 As fall makes its way into town so will many artists both old and new to perform at some of Philly’s finest venues, clubs and concert arenas. This season is looking very promising for music fans alike with tons of concerts and shows that are convenient because they’re both close and affordable.

Many of the larger venues always have great shows to check out, like The Wachovia Center for example. On Monday, October 23 and Tuesday, October 24 The Red Hot Chili Peppers will be playing two shows (one of which is already sold out).

The great thing about the Tweeter Center is that you don’t have to be a millionaire to go see a show there. Lawn seats are relatively cheap and take longer to sellout.

For those who enjoy a smaller more intimate setting there are tons of charming and affordable venues right in the heart of Philadelphia that are a guaranteed great time.

The Electric Factory is one of the better known venues in Philly and this fall they have a great lineup. Snow Patrol will be there on September 9, The Fray on October 27 and New Found Glory on November 12, just to name a few.

Another great venue that is very intimate and has its own unique scene is The World Caf Live on U Penn’s campus right on Chestnut Street. It has some great shows with some lesser known artists but often times offers fans a chance to meet and greet the performers after the show.

Grape St. Pub, The Trocadero, and Tin Angel are all enchanting venues in Philly that offer not only entertainment but they feed you too! They are definitely worth checking out and all have websites with their upcoming schedules.

And for those who don’t really have the means of getting to Philly, there are plenty of open-mic nights and shows right here in West Chester!

Rex’s always has local bands playing such as The Danger-O’s and The All Night Chemists. Also in town is 15 North that has had bands like Octane and will have upcoming performances by Lima Bean Riot on September 1 and Sub-G on September 2.

Since you now have all the hot dates of some of the most happening events in the area get some friends together and go enjoy the undeniably talented musicians and the indisputably fantastic music scene that Philly has to offer.