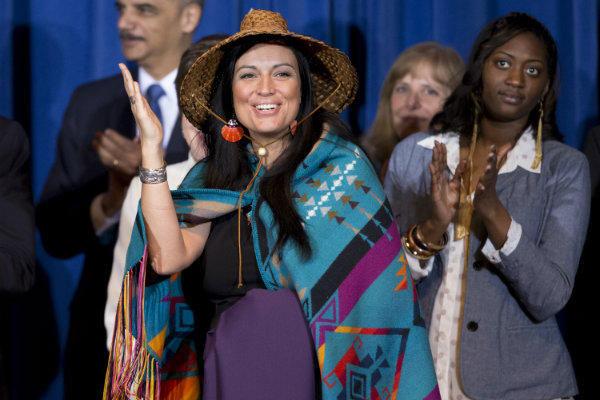 President Obama signed expanded protection for victims of domestic violence into law on March 7. The Violence Against Women Act is also an important milestone for gay rights advocates and Native Americans, both of whom can seek protection under the new law.

According to the Huffington Post, “The law authorizes some $659 million a year over five years for programs that strengthen the criminal justice system’s response to crimes against women and some men, such as transitional housing, legal assistance, law enforcement training and hotlines. One element of this year’s renewal focuses on ways to reduce sexual assault on college campuses. It also reauthorizes the Trafficking Victims Protection Act, adds stalking to the list of crimes that make immigrants eligible for protection, and authorizes programs to reduce the backlog in rape investigations.”

The law was originally renewed twice, but expired in 2011, so Senate Democrats offered up an expanded law to protect gay, lesbian, bisexual, and transgender Americans. The law also gives power to tribal authorities to prosecute non-Native Americans for abuse committed on tribal lands.

Diane Millich, a Native American advocate, said that her ex-husband would mock her for being defenseless. He would call tribal police and sheriffs, who would not act until he showed up with a gun, which just made him believe that he was untouchable.

The Violence Against Women Act has been credited with reducing domestic violence by over 60 percent, but advocates did not suggest that the problem is any less critical.

“Having worked in the field, I don’t think things are that much better for women,” said Linda Fairstein, the former chief sex crimes prosecutor for New York County. “That’s why these protections are so important.”