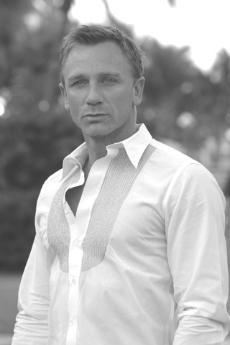 “Bond, James Bond.” It has been nearly four years since those immortal words were uttered. “Die Another Day,” the last Bond film left much to be desired and true spy fans have been waiting for the latest installment. “Casino Royale” looks to fulfill every Bond fanatic’s fantasy. Daniel Craig “Layer Cake” is the latest actor to don the infamous tuxedo; however, Craig’s Bond probably prefers jeans and a t-shirt. “Casino Royale” is the story of Bond at the beginning of his 007 career; at this point in time, he is a rough and tough hit man, not a polished secret agent. Craig encountered a lot of backlash from Bond fans when he was given the title but it looks like the critics will not affect the box office when “Casino Royale” opens on Nov. 17. Also opening in limited release on Nov. 17 is “Bobby.” Emilio Estevez wrote and directed an all-star cast in this film about the assassination of Bobby Kennedy. However, this is not a biopic about Kennedy but rather a look into the different lives of the people staying in the Ambassador Hotel the day Kennedy was killed.

Christopher Guest, the comic genius who gave the world “Best in Show” and “Waiting for Guffman,” is giving audiences an early Christmas present on Nov. 17.

“For your Consideration” reunites Guest’s favorites from his three previous movies. The film focuses on a small film with unknown actors that ignites Oscar buzz and the instant celebrity that goes along with it.

Nov. 22 has two big movies premiering that will definitely have the audience pondering the world around them. Darren Aronofsky of “Pi” and “Requiem for a Dream” fame is releasing his sci-fi love story “The Fountain.” Hugh Jackman stars as an explorer in the year 1500 who discovers the tree of life for Queen Isabel, played by Rachel Weisz. In the modern day, Jackman plays a scientist desperately searching for a cancer cure for his wife, also played by Weisz. Five-hindred years from the present day Jackman plays an astronaut who searches for the meaning of life. “The Fountain” is a complex sci-fi epic but one with a romantic spirit that should show promise at the box office.

Tony Scott is also opening a mind-bending film on Nov. 22 entitled “Dj Vu.” Denzel Washington plays ATF Agent Doug Carlin who is called to investigate a bomb attack on a New Orleans ferry. Carlin’s investigation leads him to an unbelievable secret: a new technology that gives the power to look directly into the past. Scott’s last project, “Domino” did not fare to well in theaters; however “Dj Vu” is generating quite a bit of buzz and should hold its own come Nov. 22.

The month of December has a slew of movies being released just in time for Awards season. Leonardo DiCaprio plays a South African mercenary trying to recover a rare pink Diamond in Edward Zwick’s “Blood Diamond.”

Mel Gibson tries to resurrect yet another dead language in the Mayan civilization epic, “Apocalypto.”

Kate Winselt, Jude Law, Cameron Diaz and Jack Black star in the romantic comedy “The Holiday.” Winslet and Diaz are depressed and newly single women who exchange houses for Christmas vacation. Law and Black play the men who suddenly enter their lives. “Blood Diamond,” “Apocalypto” and “The Holiday” all open on Dec. 8.

Since there is no “Harry Potter,” “Lord of the Rings” or “Star Wars” coming out in 2006 sci-fi fans must settle for the latest book-to-movie tale “Eragon.”

Edward Speleers plays the boy Eragon who trains to be a Dragon Rider and defends his people from harm. John Malkovich and Jeremy Irons costar in the fantasy epic that hits theaters on Dec. 15.

Lastly is Robert De Niro’s drama “The Good Shepard.” Starring Matt Damon and Angelina Jolie as a married couple, “The Good Shepard” tells the story of Edward Wilson (Damon) who leads a secret life. Wilson works for the Office of Strategic Service which is the precursor to the CIA. Wilson’s dedication to his job and country put a strain on his already secretive marriage. “The Good Shepard” debuts in theaters on Dec. 22.

Remember that movie release dates are subject to change and some of the above films will be in limited release, so make sure to check local theaters for listings. In the end, nothing makes the cold winter months go by faster than enjoying a good movie with family and friends.