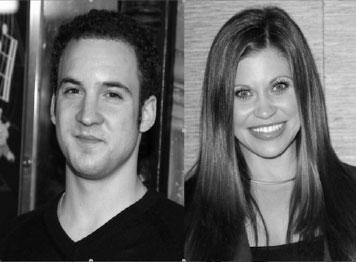 After years of trying to get their own personal lives to live up to the Cory and Topanga pedestal romance and after thousands upon thousands of wishes for a cast reunion, “Boy Meets World” fans were given an early holiday present last week-confirmation of a sequel series.

Speculations started to rise in mid-November of a “Boy Meets World” spin-off in the works called, “Girl Meets World.” Much to the relief and excitement of practically every single child alive in the 1990s, Ben Savage, who played the role of Cory Matthews on the 7-season-long series, tweeted on Nov. 26, confirming the rumors.

“I’m going to be a father! Well, on TV at least. The “Boy Meets World” sequel is officially happening!”

Along with Savage, Danielle Fishel, who played Topanga Lawrence, the other half of one of television’s most iconic couples, was also confirmed to reprise her role in the new series.

According to The Huffington Post, Disney has reported that “Girl Meets World” will focus on Cory and Topanga’s 13-year-old daughter Riley, a character whose role has yet to be cast. The show will follow Riley’s struggles with teenage life, including her relationship with her 14-year-old brother Elliot and her “edgy” best friend, Maya. Additionally, Cory will be his daughter’s history teacher as well, fulfilling a prophecy that popped up in the eighth episode of the first season of “Boy Meets World” when Cory switched places with his teacher Mr. Feeny and declared that he might, too, be a teacher one day.

The series will air on The Disney Channel, much to the dismay of many fans, who think that Disney might make the series too childish. However, the creator of “Boy Meets World,” Michael Jacobs, will also be working on “Girl Meets World,” and Fishel divulged in a Tumblr blog post that she has complete faith in him.

“I promise with the entirety of my heart that we will make GMW with the same honesty, innocence, and intelligence that you learned to expect from BMW,” Fishel said.

She also stressed that fans should not expect the new series to be a total continuation of “Boy Meets World.”

“GMW is a new show. It isn’t BMW brought back to life but in current day. It will have familiar faces, familiar themes, and familiar messages. It will also have new faces, new themes, and new messages. BMW never spoke down to the audience and we are going to do our best to never do that with GMW,” Fishel said.

As for whether other beloved characters such as Shawn Hunter, Mr. Feeny or Eric “Mr. Plays With Squirrels” Matthews will also be appearing in the new series, fans will just have to patiently wait and see.

“I do not know how many BMW cast members will be returning for GMW, or how often they may appear if and/or when they do appear,” said Fishel.

In a blog post on Nov. 28, actor Rider Strong, who played the role of Cory’s best friend Shawn Hunter on “Boy Meets World,” expressed his gratitude for what the show and its fans have given him.

“I am extremely happy for Ben and Danielle to be able to continue the story. At this point, I have no official involvement in ‘Girl Meets World.’ There might be a chance to see some of the BMW cast in a guest spot, and I think it would be nice to find out where our characters have been all these years. But ‘Girl Meets World’ will be, and I think it should be, it’s own show. It will be about Cory and Topanga, their daughter, and a new set of characters. It’s the next generation. And I, for one, can’t wait to see it evolve,” said Strong.

It seems that the rest of this nostalgic nation cannot wait either.

Carol Fritz is a fourth-year student majoring in communication studies. She can be reached at CF716022@wcupa.edu.