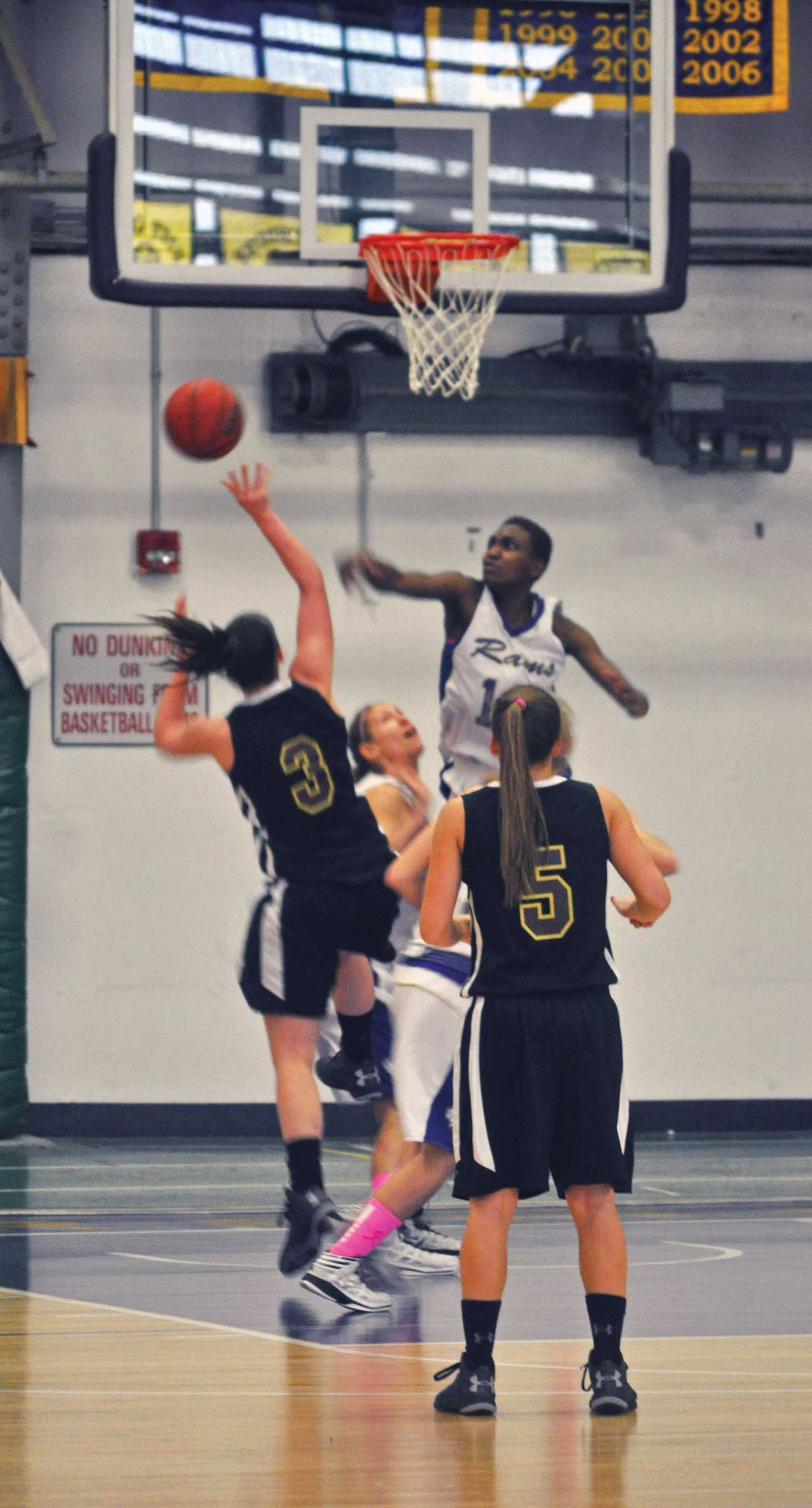 West Chester’s women’s basketball team closed out a tough week with a frantic comeback attempt that came up short on Saturday, falling to Bloomsburg 64-54.

After an abysmal first half saw the Lady Rams enter the locker room at halftime down 20 points, the team regrouped and began an impressive effort to get back into the game. West Chester started the second half on a 21-7 run, cutting the deficit quickly down to only six points. But Bloomsburg countered with its own 9-2 run, which put the Huskies’ lead back in double digits.

With only a few moments remaining and without any momentum on her team’s side, freshman Brittany Sicinski responded with her best to pull the game back into reach for West Chester, scoring eight points over a 13-7 Rams run to make the score 60-53 in favor of the Huskies. The Lady Rams then were forced to foul to try and maintain possession of the ball, but the Huskies proceeded to make most of their free throws, and the Rams were unable to complete the comeback.

Dana Wieller led the way for Bloomsburg, scoring 19 points including some clutch free throws at the end of the game. Eleven of her points came from the charity stripe, equaling West Chester’s free throw total from the entire game.

The shooting stats from the contest painted an unusual picture. West Chester actually shot a better percentage from the field, going 19-for-48 for 39.6 percent, while Bloomsburg was 17-for-52 for 32.7 percent. The difference in the game, undoubtedly, was free throw shooting. The Rams shot a dismal 11-for-20 from the line. Bloomsburg, on the other hand, got to the line more and shot a much better percentage, going 24-for-29. When a team makes 13 more free throws than its opponent, as the Huskies did, that team usually wins.

The reason the Rams were able to come so close to a comeback was clear from the statistics, as well. They allowed Bloomsburg to make 13 of 32 shots in the first half, but in the second, they held the Huskies to 4-for-20 from the field.

Earlier in the week, the Lady Rams wrapped up a three-game road trip in Kutztown, and despite another solid performance by Sicinski, West Chester fell 68-62. It was a very tough loss considering the playoff picture in the PSAC East, as it allowed Kutztown to pass the Rams for fourth place in the standings. After Saturday, Kutztown now sits in fourth at 11-8, while West Chester is a game behind in fifth at 10-9. That difference is important, as the four-seed hosts the five-seed in the first round of the PSAC Tournament.

Heading into this week, it looked as though the Rams still had a small chance to crack the top two spots in the division, which would have given the team a first-round bye. That is now mathematically impossible, with Millersville and Bloomsburg, who both beat WCU in recent games, sitting at 14-5. Shippensburg, who West Chester will host on Wednesday, is in third at 13-6.

After that Wednesday game at Hollinger Field House against Ship, the Rams’ two remaining games are on the road, first against East Stroudsburg on Saturday, and then the regular season finale at Cheyney on Feb. 27.