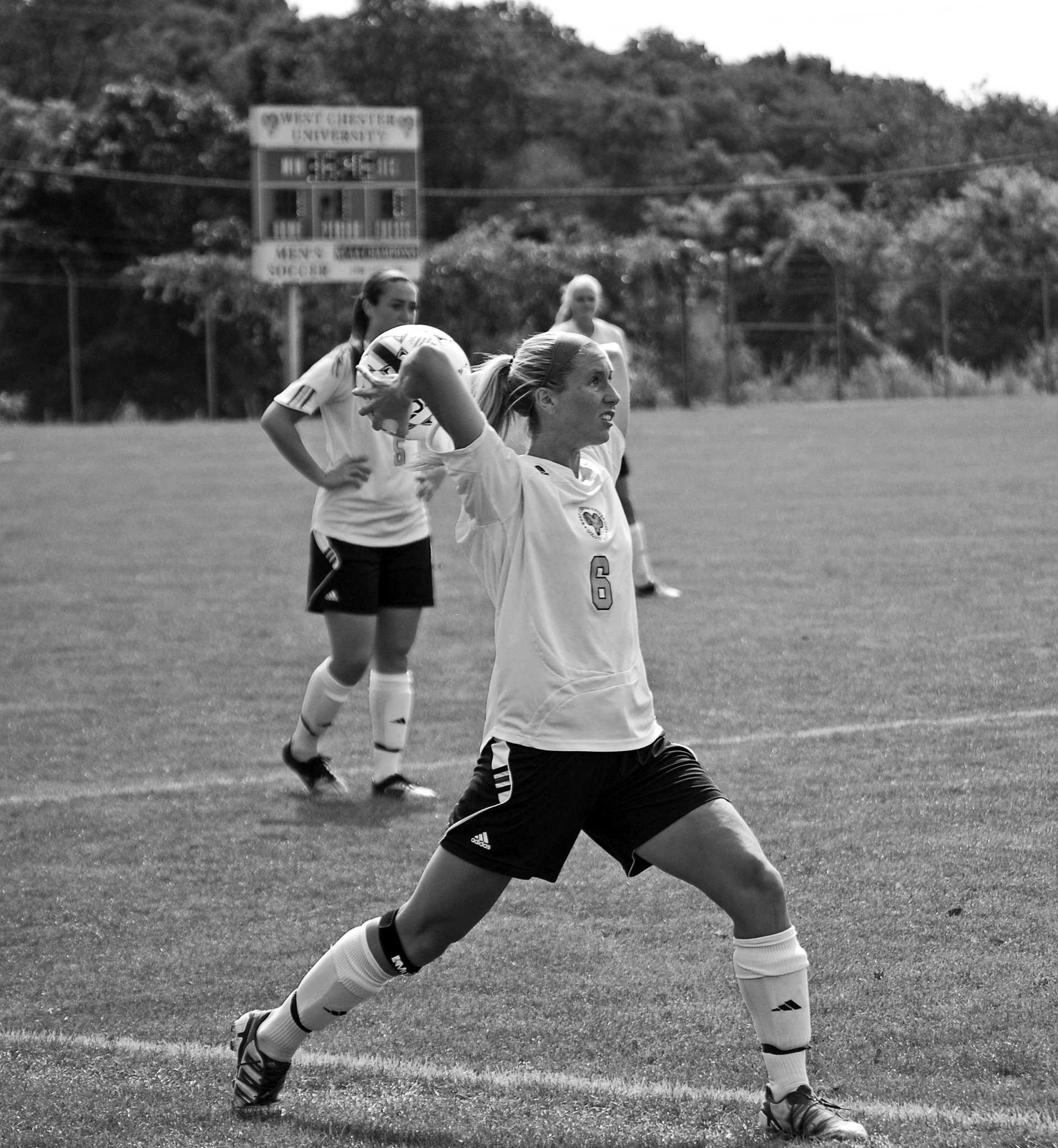 Impressive is the only word to describe the West Cheser women’s soccer team as of late.  The No.4 ranked Lady Rams (9-0) continued their success as they traveled to Erie this weekend with matches against Mercyhurst and Gannon.  With each amazing performance by the ladies, their unbeaten streak grows, but so does the target on their back.

The schedule first had West Chester visiting Mercyhurst (4-5), who could have jeopardized the Rams’ undefeated season, but the Lady Rams would not be denied.  Led by player of the game, Marie D’Angelo, West Chester would score first and never look back.  Twelve minutes in the match, D’Angelo would connect on a perfect cross by sophomore Ashley Saylor to jump out to a 1-0 lead.  The Lakers would strike back on a penalty kick from senior Sara Hawksworth, who placed it directly out of goalkeeper Shannon Fedyk’s reach.  D’Angelo would come out in the second half on fire, adding two more goals to finish off Mercyhurst, 3-1.

Showing their true talent, West Chester again displayed all of the different ways they attack their opponent.  Each night, another Ram is coming out with a tremendous performance, and winning is starting to become contagious for this squad.  With their solid goalkeeping and airtight defense, the women keep proving why they deserve their No. 4 rank in the whole country.

Another obstacle for the ladies on their path to perfection was a meeting with Gannon on Saturday.  It was a tough test for West Chester as the Golden Knights had only one loss prior to their match, but that would change thanks to the Rams’ great play.  Senior captain Jen Hutchinson started off the scoring for the Rams as she notched a goal in the sixth minute, but Gannon would answer.  Sammy Valloud tallied her seventh goal for the Knights, tying the game as the teams headed into halftime.

Teams this evenly matched usually separate themselves by not committing turnovers and taking care of the ball.  This proved true in the 62nd minute for West Chester as a corner kick knocked off a Gannon defender and into the net, giving the Rams a lead. The goal ended up being monumental as the ladies held off Gannon for a final score of 2-1.

Fedyk played another fantastic game between the pipes as she stopped eight of the nine shots she faced.  Another encouraging statistic was West Chester’s ability to be outshot and still come away with a victory.  Even though they were outshot, the Lady Rams were far more efficient by having a high percentage of their shots on target.

Taylor Maren can be reached at TM741168@wcupa.edu.